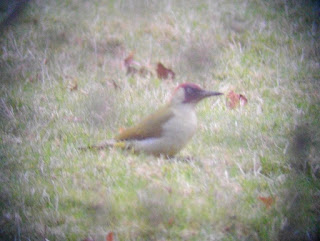 Merry Christmas to everyone who reads this blog!

As the year nears its end I would also like to thank everyone who has contributed to my enjoyment this year, be it giving or offering lifts, reporting birds, commenting on my posts, sending me photos or just saying hello when I've been out. It is all very much appreciated. 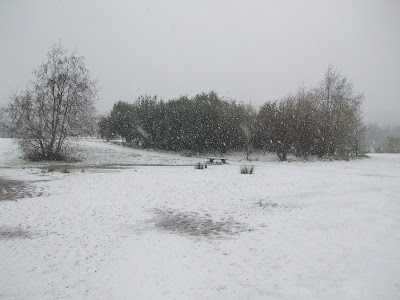 It rained pretty much all day, but luckily I wasn't off to Whitlingham proper. Today was the last foray of the year for the Norfolk Fungus Study Group, and handily it was at Trowse Woods. Despite it being mid-winter, there hadn't been a frost recently so we were hopeful of a decent haul. With a combination of thorough searching, local knowledge and much greater identification skills than mine we managed well over 50 species. The pick of the day was probably Ganoderma pfeifferi (sometimes called the Beeswax Bracket because its pores exude a waxy substance) at its only known Norfolk site. Alex also noticed a rare form of Male Fern with crested frond ends. Afterwards we called into the White Horse in Trowse for a drink. 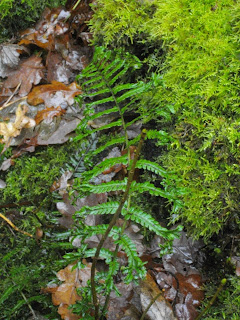 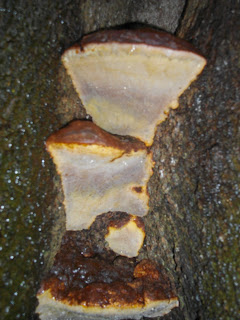 Beeswax Bracket (notice the yellow wax coming from the pores)

I hadn't been home that long after returning from Whitlingham when I looked at BirdForum and noticed that Steve had found a Slavonian Grebe at Thorpe. Slavonian Grebe was the only one of the five commoner grebe species that I hadn't seen locally, so I set off hoping that it was still around. Luckily it was, and showed nicely, swimming along the southern shore of Thorpe Broad. This was my 110th patch bird of the year, equalling my best tally from 2010. Will I manage a record-beating 111th bird in the final two weeks of the year? Stay tuned... 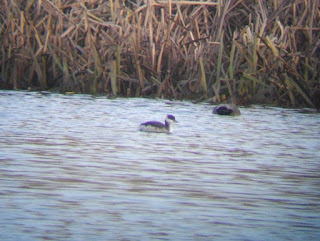 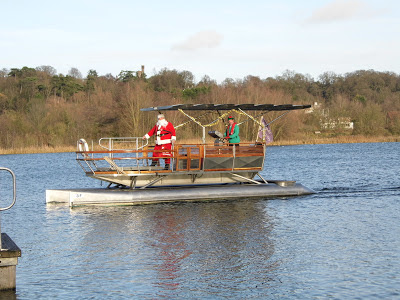 Starting near the Little Broad I saw a couple of Water Rails, which ran off into the bramble scrub. There wasn't much around at the west end of the broad, so I continued to the conservation area. The Shoveler and Wigeon had departed, and there had been a slight reduction in Gadwall, Pochard and Tufted Ducks. Disappointingly there was no sign of the Ring-necked Duck so I couldn't improve on my record shots from last week, but at least several photographers did manage to get some good shots in the week. I scanned across to Thorpe, where there were lots of ducks, but not all visible from my vantage point. Back along the south shore of the Great Broad and I was surprised to see that the Common Scoter was still there, a week on from its arrival last Sunday.
Posted by James Emerson No comments: 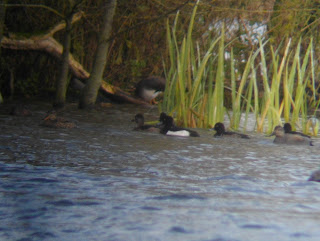 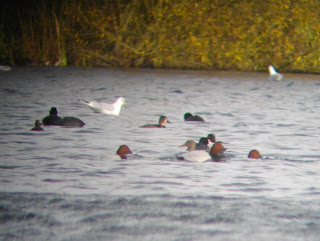 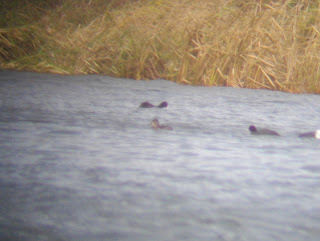 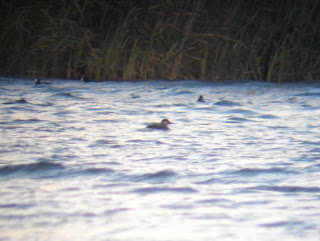 With the year drawing to a close, I am currently compiling a bird report for the Whitlingham area for 2012. This will mainly be composed of my own sightings, but to make it as complete as possible I would welcome any interesting sightings that others have made. Anyone who sends in any sightings will of course be included in the acknowledgements at the end of the report

Of particular interest would be:


In addition, there are several relatively common or annual species, or species seen flying towards Whitlingham, that I haven't seen or heard of this year, notably:
Any reports can be emailed to me (address is on the right hand side of the blog), posted in the comments or sent to me via BirdForum. The completed report will be available to download for anyone who is interested early in January. 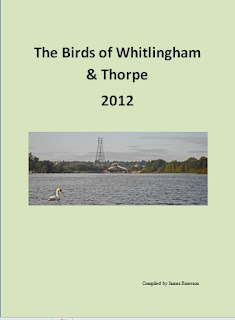