During a family visit to Wroxham Barns we were watching the birds around a pond and contemplating if I would be able to see a Swoose on a future visit as a Mute Swan being followed about by a white farmyard-type domestic Greylag. The swan was almost in the water when I noticed that it had a leg ring! We lingered a bit but it showed no inclination to get back out of the water. Fortunately after a look around the farm we returned and it did climb out. As I was looking after Rose, Cathy agreed to go over and read the ring. I haven't submitted it yet, but from the details I suspect it is going to be an RSPCA rescue, so it probably hasn't travelled anywhere, which is a bit of an anticlimax. 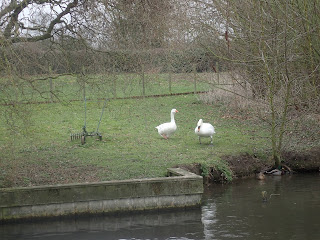 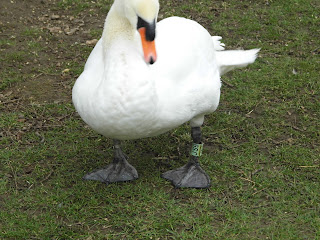 
On my way home from work I glanced down into the river and noticed a pair of Egyptian Geese with four goslings. This species breeds in any month of the year in the UK, although presumably with varied success. I remembered having seen goslings in February before, and having checked my records I had seen goslings earlier than this twice before - on 13th Feb last year at Flitcham and 18th Feb 2010 at Holkham. Later in the week I found a family with three goslings in Wensum Park. Given that this isn't very far upstream of where I had my first sighting I suspect it is the same birds. 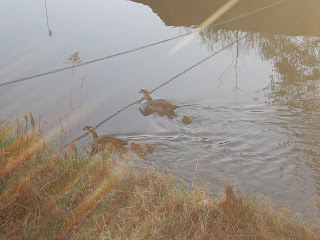 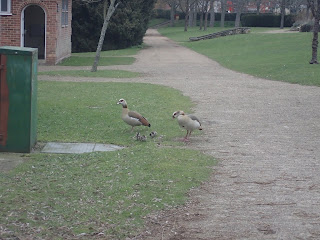 Raveningham Hall estate and gardens was somewhere that I was vaguely aware of but had never visited. Having been spurred on by seeing a trip report on another blog we decided to pay a family visit whilst the Snowdrops were still out (the gardens are only open for certain events during the year). My first impressions were that it was a picturesque location, but not as big as it had appeared from the map. Indeed standing in the middle of the woodland you could see out in each direction. As it happened though there was plenty to see so this wasn't an issue.

We started by looking out over the lake, which would probably make a good patch for someone if access was more uniform. Over the far side we saw some Wigeon and a pair of Oystercatchers, whilst a Mistle Thrush fed in the parkland beyond. Walking around the woods we came upon the 'stumpery' which was interesting, and several Nuthatches called nearby. A singing Chiffchaff was heard distantly. 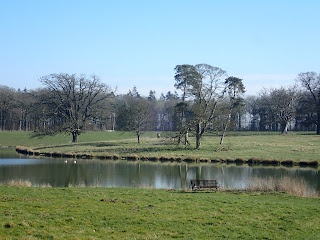 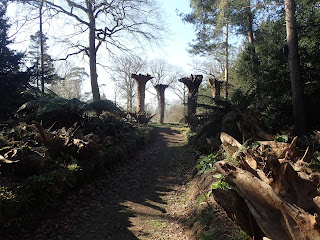 After walking around the woods and seeing the Snowdrops we returned to the main gardens, which were understandably rather flower-light because of the time of year. I saw my first Hairy-footed Flower Bees of the year, along with the leaf mines of Phytomyza hellebori. The cafe was busy so we headed down to Raveningham Church, which had I done my research I would have known holds some interesting lichens. Afterwards we headed back to the cafe for a simple but tasty lunch, and on a short walk around the rest of the estate we found quite a few Pine Ladybirds. 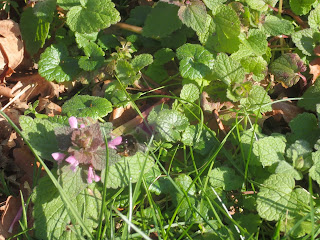 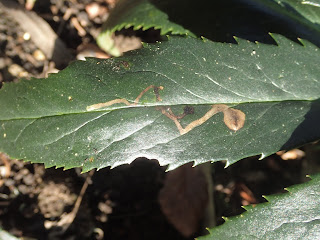 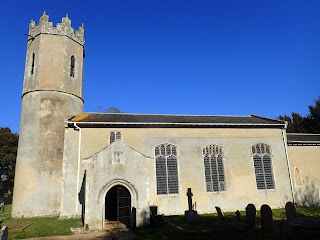 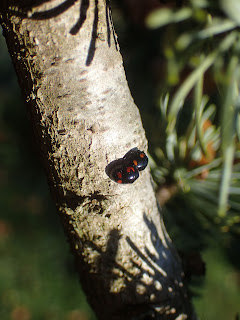 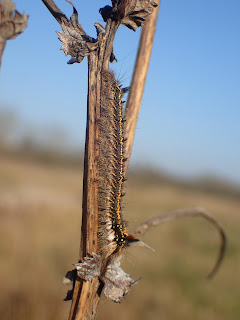 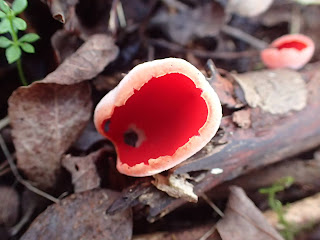 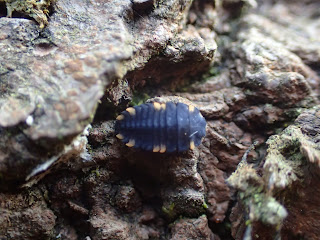 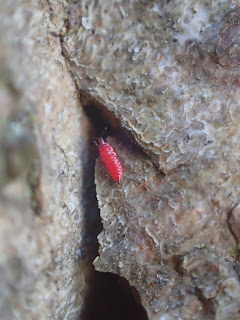 Whilst sat in the living room Cathy looked out of the window and asked if there was a Pheasant on the roof of the house opposite. It seemed an odd question (we live on a Norwich housing estate with no fields anywhere near), but looking out it was indeed a Pheasant. I scattered some seed around the garden in the hope it would fly down, but it left the rooftop and we didn't see it again. 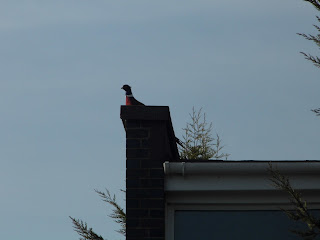 Email ThisBlogThis!Share to TwitterShare to FacebookShare to Pinterest
Labels: Norwich, Pheasant
Newer Posts Older Posts Home
Subscribe to: Posts (Atom)
Hello and welcome to Birds & Beer, a Norfolk wildlife blog. I am a birder, naturalist and real ale drinker from Norwich, Norfolk. This blog documents my wildlife sightings, including regular updates from my local patch, Whitlingham CP.
Feel free to leave comments on any of the posts, and if you see any good birds at Whitlingham then by all means tip me off! I can be contacted by email on whitlinghambirds 'at' yahoo.co.uk
Happy birding.