The morning of the first WeBS count of the year was a very cold one, necessitating the clearing of ice from both sides of the windscreen before setting off. Upon arrival there had been a hoar frost, with all of the vegetation coated in ice crystals. I allowed myself a few minutes to appreciate the landscape and the frosted umbellifers before continuing on to start my count. 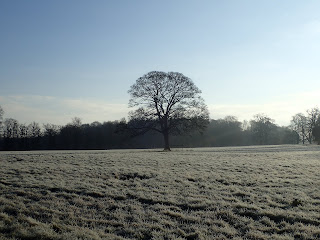 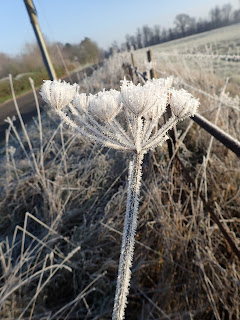 Much of the Little Broad was frozen, but my attention was drawn to the trees in the corner where three Little Egrets had presumably roosted overnight and were chasing each other around in the reeds. A Kingfisher perched up behind the egrets and a male Shoveler circled round looking for some open water to land. 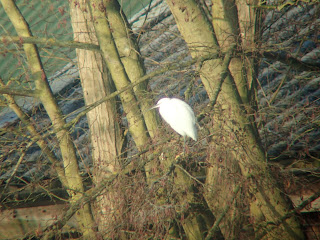 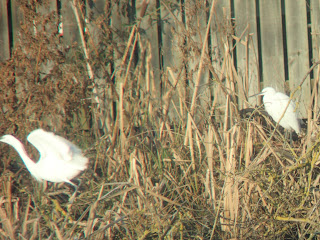 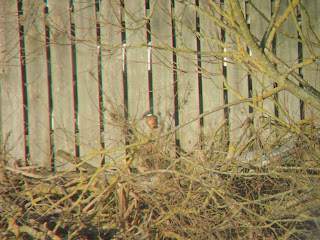 Moving across to the Great Broad it was evident that there had been a large influx of Gadwall due to the cold weather, with nearly 400 present. Gary had done a count the previous day and there had only been 165, so this was a large increase. Seven Goldeneye was a high count for me, although one away from the site high of eight that was equalled this winter. Eight Grey Herons was also notable, particularly as they were all spread out across about 100m of broad edge from the island and just east. 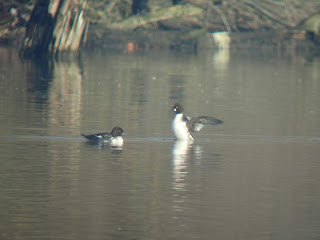 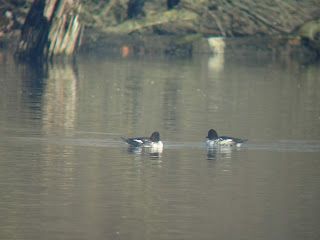 The site still looked nice but was now much busier - I was overtaken by a 'walking for health' group, before passing a Nordic walkers group. Ironically several of the latter did go ahead of me, but only because they apparently couldn't hear the leader whistling and calling them back, which I found mildly amusing as a parallel with the amount of not-particularly-under-control dogs around. Having seen few passerines on my first visit of the year I added a few more today including Siskin, but didn't see any Redpolls or the Brambling seen previously.
Posted by James Emerson No comments: 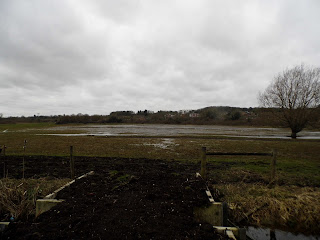 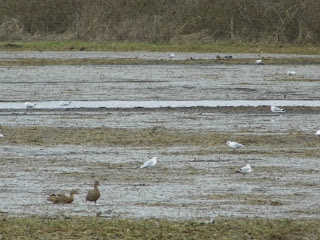 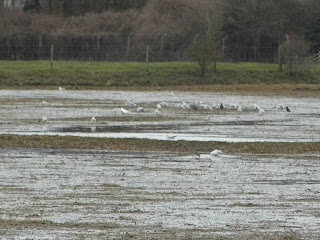 The old visitors centre at Cley hosts art exhibitions throughout the year, and the one over Christmas was by Steve Cale. Cathy & I are both big fans of Steve's work, so we were keen to go and have a look before it finished. We had lunch in the cafe first, before going through to have a good look. Steve was in residence and we had a good chat about his paintings and birding in general. It was also nice to have a chat with Bob from the CleySpy shop. Having bought a print that took our fancy we returned to the shop for a look around.

We decided not to go onto the reserve itself, but quite a few species were visible scanning out from the centre, including my first Black-tailed Godwits, Shelduck, Shoveler and Great Black-backed Gulls of the year. Sighting of the day was a Peregrine that had flown in and was visible on the ground near the back of the reserve (apparently on a kill, although we couldn't see that because of the vegetation).
Posted by James Emerson No comments:

Having spent new year's eve at home (impossible to describe it as a quiet night in because nearby households had managed to accumulate more fireworks than the televised London display) my morning birding consisted of staring out of the lounge window. This was reasonably productive, with 15 species seen. Unfortunately that probably represents about half of my annual house list, but there we go. As we left the house some Godfinches called nearby, and later a Pied Wagtail flew across Queen's Road.

We had planned quite a short walk along the southern edge of the Great Broad in case Rose got cold or upset, but actually because she likes dogs as well as birds she probably thought Whitlingham was an amazing wildlife park. A Pheasant on Trowse Meadow became my first patch bird of the year, and in total we recorded 29 species. As always there were some big omissions, mostly amongst the smaller birds, but Goldeneye and Stock Dove were decent first-day birds. The highlight was a flock of 14 Brambling along the Lime Tree Avenue. There was quite a big flock of Black-headed Gulls around the slipway, but no ringed ones.
Posted by James Emerson No comments:

Thanks to everyone who has reported sightings from Whitlingham during 2018, along with those who have kindly allowed me to use their photographs. You can download the report by clicking on the link below the cover picture. 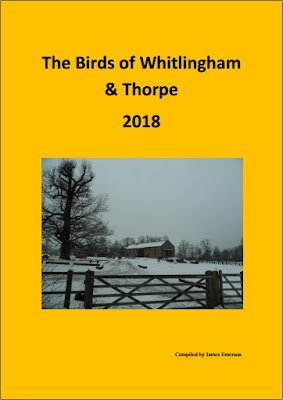