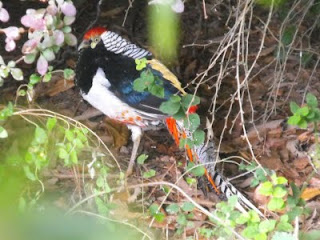 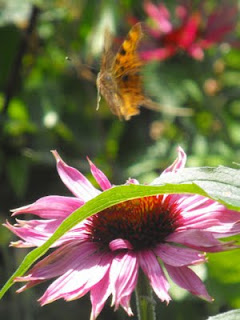 A stroll across the city and around the misnamed Mousehold Woods for butterflies. Birds were scarce, as is always the case here (bar that one time when there was a flock of Arctic Redpoll), with a Whitethroat the only thing I stopped to look at. I went as far as the prison on one side and the playing fields on the other, scanning brambles for White Admiral butterflies, but none. I did manage 2 Purple Hairstreaks flying around oaks near Vinegar Pond, but they never came within photographic range. I took a picture of a damselfly that I can't ID, it was a very deep blue and has too much black to be a standard male Common Blue, Azure or Variable. Suggestions welcome.
. 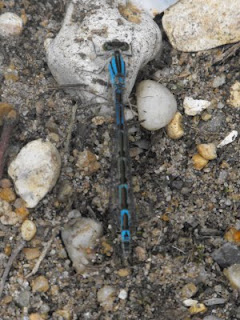 Yesterday afternoon, the American Golden Plover at Breydon started being reported as a Pacific GP. By now used to this sort of to-ing and fro-ing neither me or Adam took much notice. However as the first decent pictures emerged, it appeared that this bird was indeed Pacific, and for once there didn't seem much of an arguement against. This was more than compensated for with debate about where this bird fits in with the Cley AGP and possibly a Dutch PGP, but to be honest I don't give two hoots where it came from. The simple explanation is that a number of Lesser Golden Plover spp. have travelled here under similar weather conditions.
I got up at 6, to find the rain hammering on my window. Bugger. Still, a summer plumage PGP is a big draw, so I walked through the rain to the station, paying extra for the privilege of travelling before 8.30. An hour later I was standing, completely soaked, scanning waders in the rain, with visibility that I would kindly describe as "poor". Having looked through more Dunlin than I care to remember, I walked back towards the tern platforms, where two birders had just relocated the plover. We got good views (I even managed to digiscope a few record shots) before it flew around into the next bay. A few more minutes of it in the open, before decent flight views. Enough to convince all observers that it was indeed a Pacific Golden Plover, and justifying being out in the rain. First good bird of the summer holidays sorted!
Year list 209 species.
Posted by James Emerson No comments: 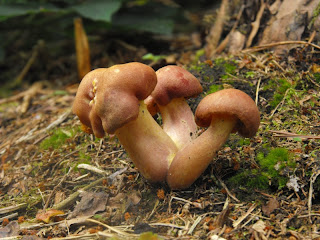 After lunch at the Pigs in Edgefield, we went on to Cley, to take distant pictures of the Spoonbills (9 today) and rack up more butterflies (Small Tort, Painted Lady, Small Skipper, Essex Skipper, Brown Argus, Common Blue and 6-spot Burnet moth). A scan of Arnold's Marsh revealed Ruff, Sandwich Tern and Common Tern, no sign of the Roseate Tern that had been there half an hour earlier according to a birder returning from North Hide. We went to Salthouse for a cup of coffee then returned home.
Posted by James Emerson No comments: 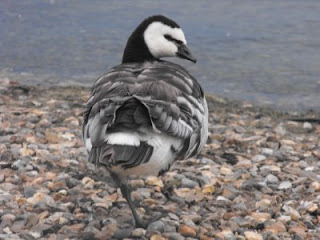 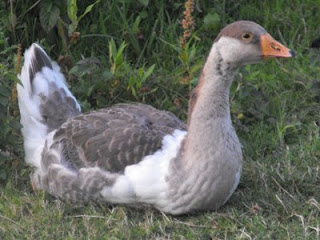 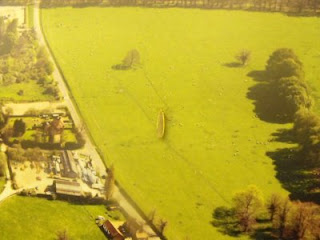 A giant Common Footman brings terror to the fields of Norfolk
Posted by James Emerson No comments:

Shortly I depart for the Latitude Festival, and after that I am in the unfamiliar position of having August off! However, as birding goes, August wouldn't be my pick of the months. I intend to go seawatching towards the latter end, but I would appreciate any suggestions of places to go in Norfolk to get the most out of the summer break. Failing that, pubs that I can birdwatch from (e.g. the Dun Cow) would also be welcome!
Posted by James Emerson 3 comments:

My day plan was simple, first bus to Cley, North Hide to see the Buff-breasted Sandpiper, an hour or two seawatching, a bit of Spoonbill watching then home. I caught the bus in the rain in Sheringham, and walked around the East Bank, clocking up 20+ Burnet moths and a Grayling on the way to North Hide. The Buff-breasted Sandpiper was obligingly in clear view, so I spent a while watching that (a lifer) and a Curlew Sand, when a birder reading a pager message shouted "Lesser Crested Tern, Cley" and left the hide. It took me a few seconds to decide that he wasn't a) joking or b) mad, and I followed a small group to the Coastguards, where we found the birder who had seen it. Unfortunately, the Tern had carried on west, and wasn't seen again. A few hours seawatch produced nothing more than Fulmar and Arctic Tern. So very close to a spectacular bird, but on the other hand I would not have been able to separate Crested and Lesser Crested Terns at sea, so best someone else saw it! That arguement almost convinces me.
.
Gary arrived at lunchtime and we had another walk around the reserve, seeing 8 Spoonbills and a Yellow-legged Gull amongst other stuff. A walk around Kelling Heath failed to turn up a hoped for bird, but was full of butterflies. An orange and black butterfly was too big for Small Tort, Comma or Wall, and wrong for Painted Lady, arousing suspicions of Large Tortoisheshell, but it flew through strongly and we couldn't refind it, maybe the one that got away? The closest I could get to in size was Dark Green Fritillary, but the jizz was wrong (not to mention there aren't any of those there either!)
Year list 208 species.
Posted by James Emerson No comments:

In stickily hot conditions, me & Adam walked down to Carey's Meadow to look for orchids and butterflies. I managed to get a few shots of Pyramidal Orchids, but the butterflies were too flitty, with Ringlet and Small Skipper the only ones to settle. My first Cinnabar Moth caterpillars of the year were of note. At Station Marsh there was no sign of any Garganey (for the millionth time), but 4 herons were of note (1 ad and 3 juv)
. 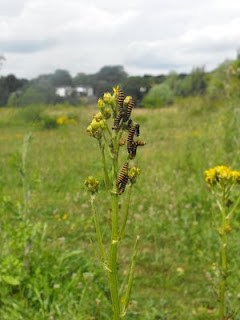 I took the opportunity to spend a night at Taswood fishing lakes with a work trip, and although I didn't see anything spectacular, it was still good to get away and camp along the side of a lake. At least it was until a bl**dy great storm settled over us, which I briefly ventured out into to retrieve our home-made moth trap. We hadn't caught anything anyway. Birds included Kingfisher, Grey Heron, Sparrowhawk and two broods of Tufted Ducks, and insects included a 2nd-brood Comma, Banded Demoiselle, Black-tailed Skimmer and 6 Glow-worms.
. 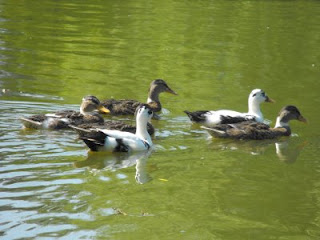 More hybridy Mallards to add to the collection Glow-worm sex! Does that make my page Number 1 hit for Glow worm sex? Or even Glowworm sex? I don't think even David Attenborough has photographed this.