Despite the squally weather Cathy, Margaret & I headed out to do a bit of birding. We diverted via Ber Street to check if the Waxwing was still present and it was, although more obscured than yesterday. Handily a birder was already there and pointed it out half hidden amongst some apples.

We then went to Sculthorpe Moor to see some Bullfinches. This had been the plan a fortnight ago until the Whitlingham hibernaculum check - I went to look at the bats instead on the understanding that we would go to Sculthorpe soon and would find Cathy seven Bullfinches (four males, three females).

From the visitors' centre we stopped to shelter from the rain at the first set of feeders and were rewarded with a Coal Tit and a pair of Bullfinches. There wasn't much showing from the Woodland Hide, so we carried on, seeing some Scarlet Elf Cups near the river. Continuing along the boardwalk we were glad the river wasn't an inch higher as it had already flooded much of the area either side of the path. At the Whitley Hide we were treated to close views of loads of Chaffinch, Greenfinch and Brambling, whilst several Reed Buntings favoured the left hand bird table. After a while a pair of Bullfinches arrives, followed by a second pair. Somewhat strangely another male flew in and Cathy's request list was complete - we saw seven Bullfinches in her desired male/female combination. Hopefully these premonition skills will be used again later in the year. 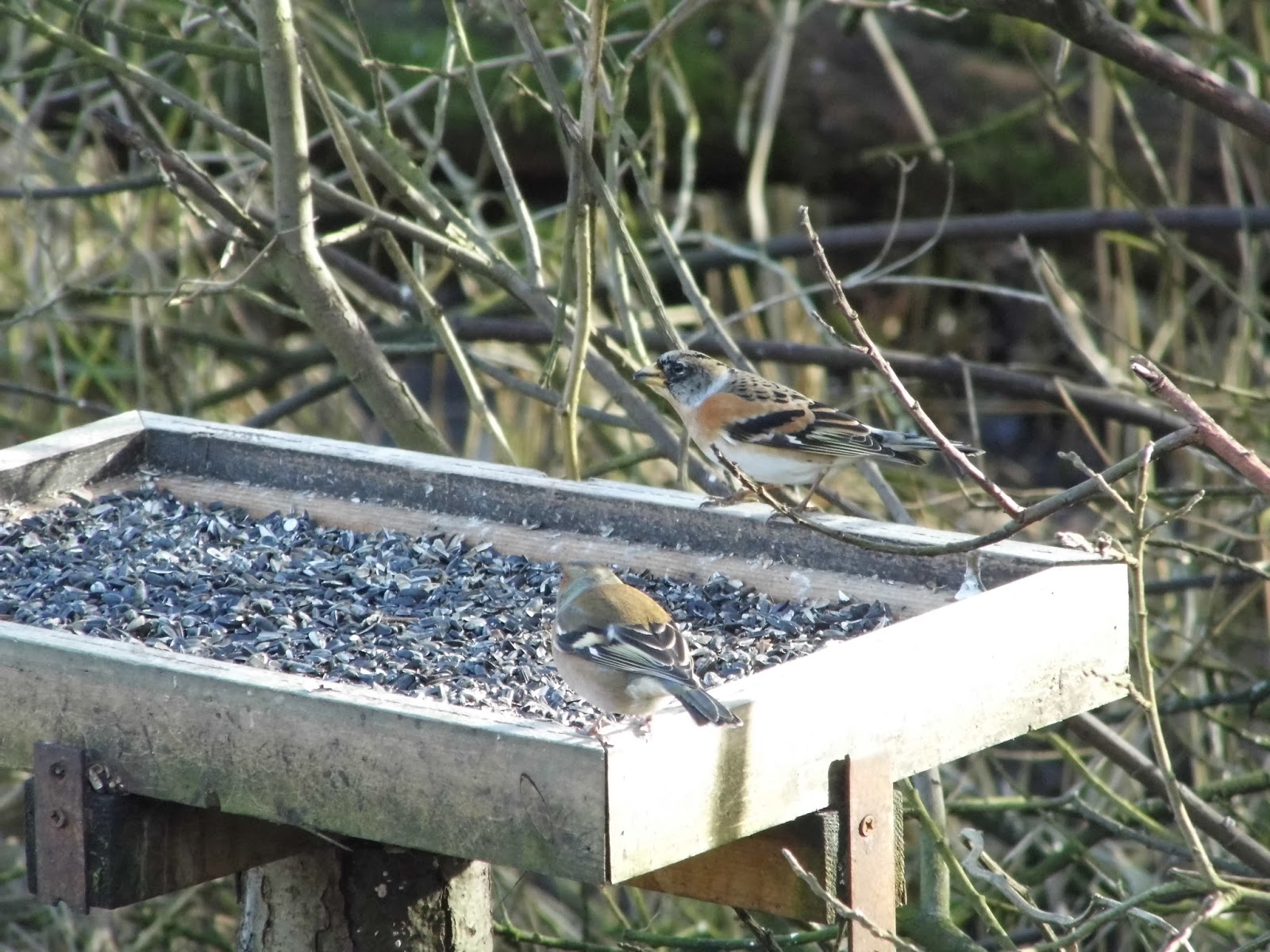 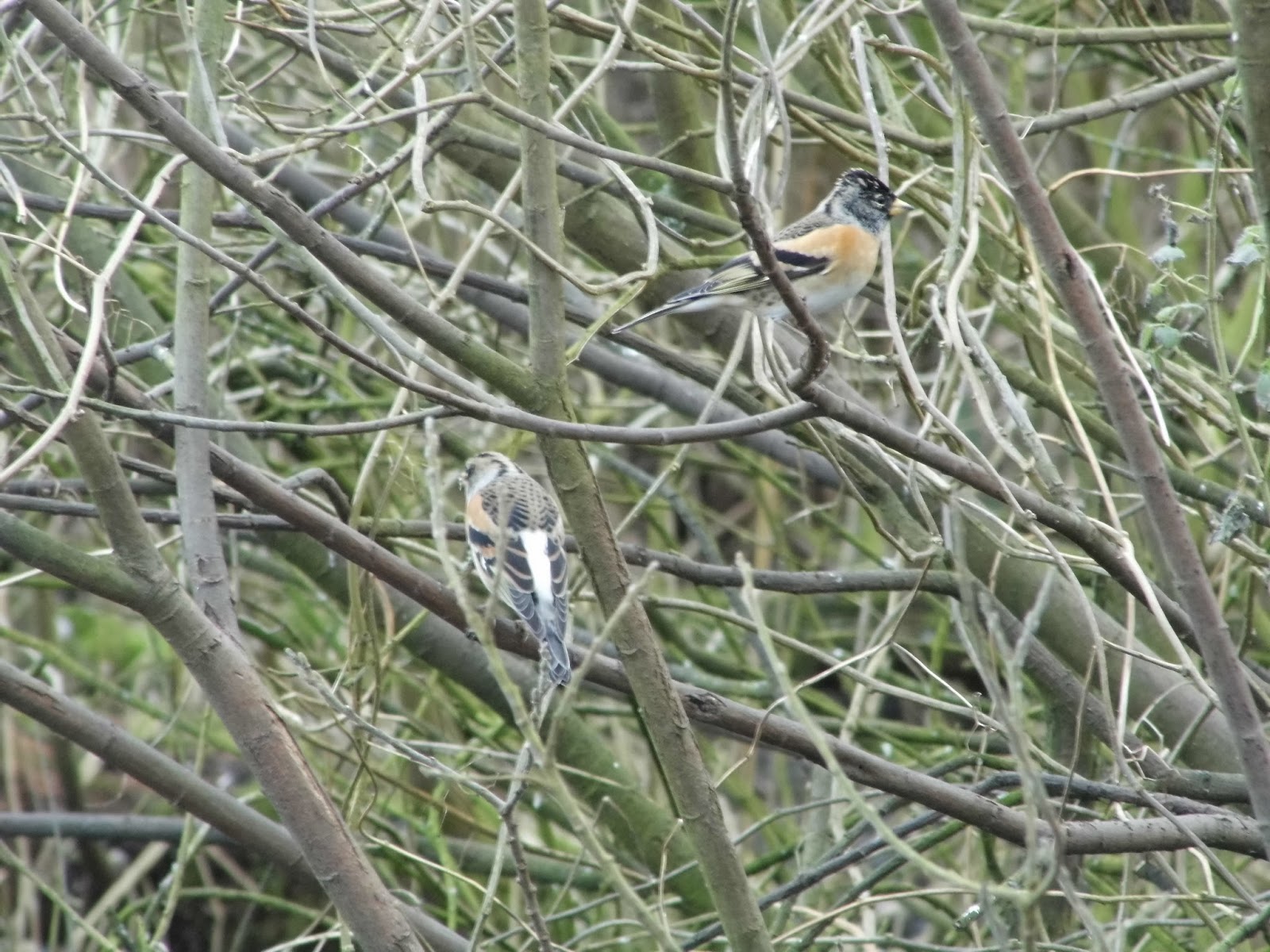 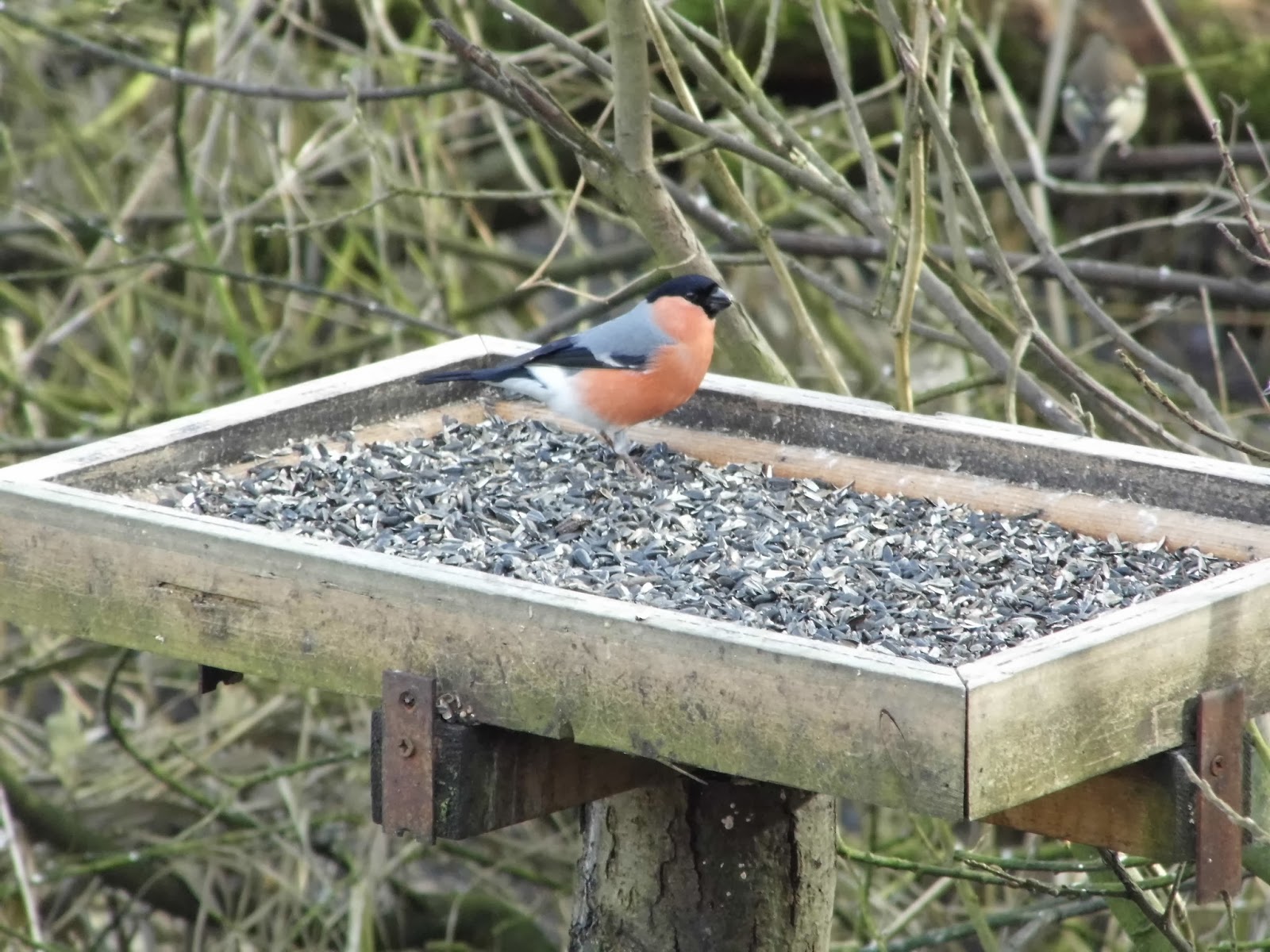 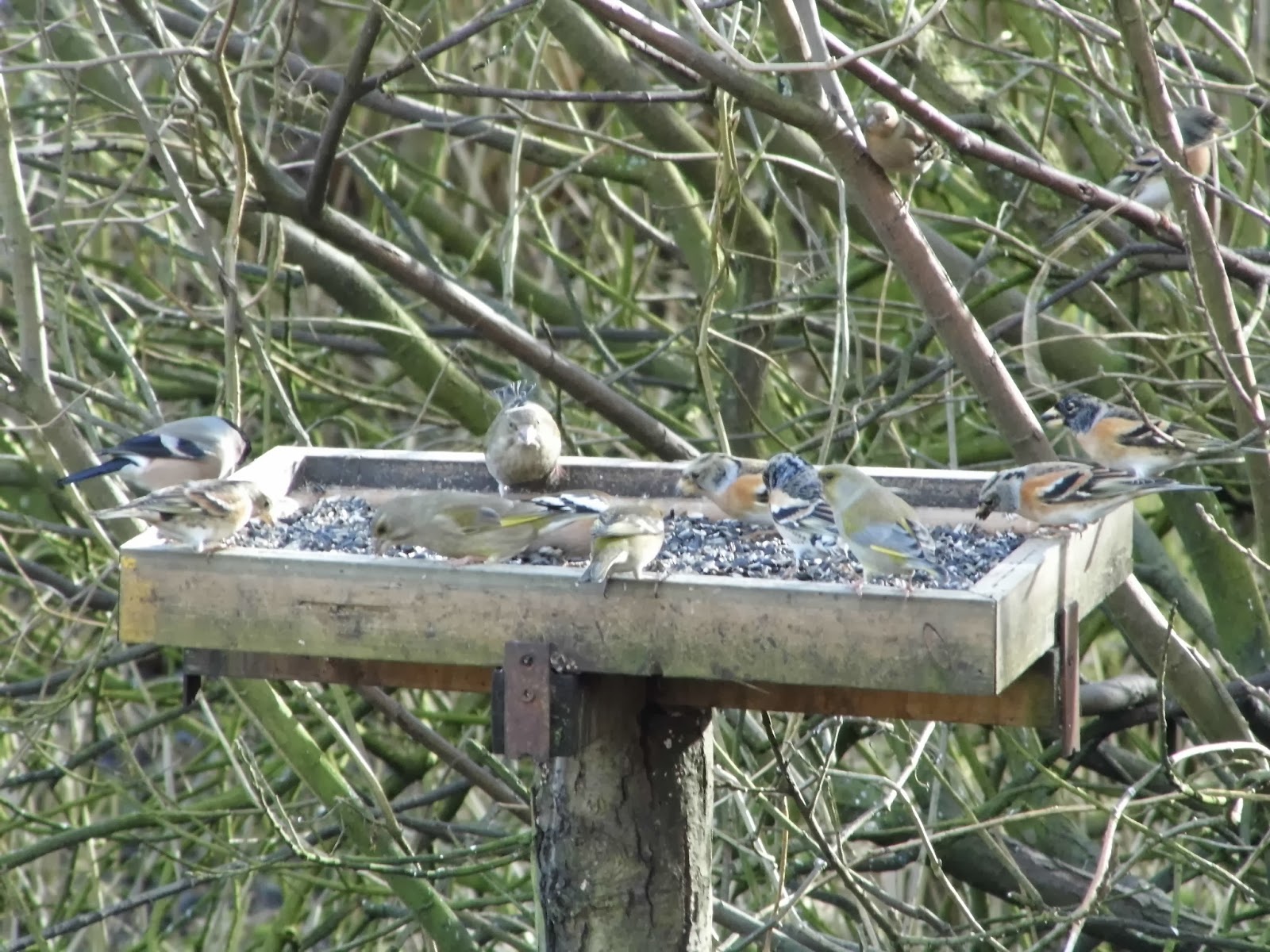 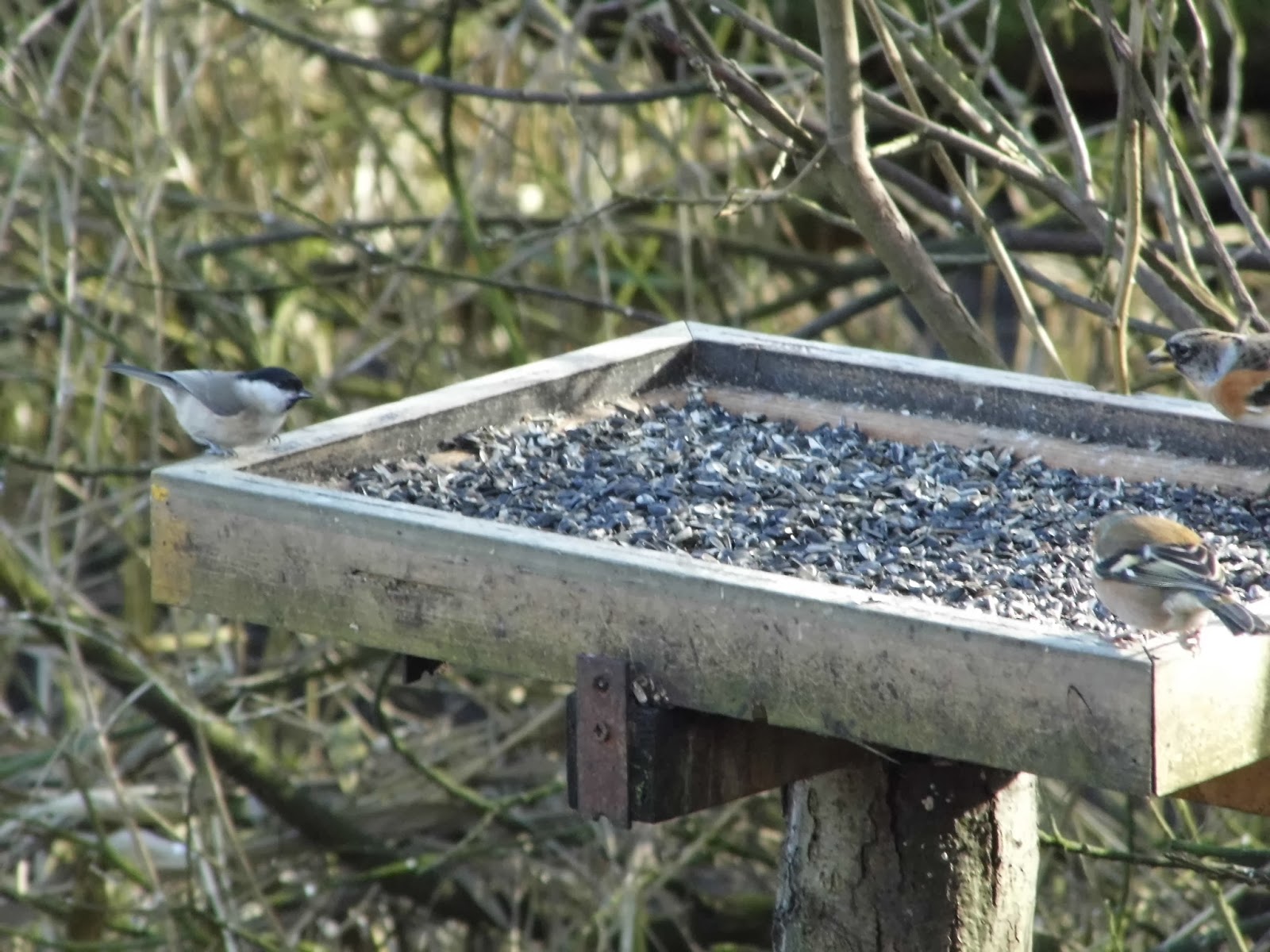 We took a circuitous way home, calling in at Cley Spy for me to get a new tripod head and the heading along the coast road for the first time since the floods, seeing a Little Egret and a Marsh Harrier.
Posted by James Emerson