During the morning I had a call from Justin to tell me that he had found a Mediterranean Gull at Whitlingham amongst the Black-headed Gulls, and had also seen four Sand Martins fly through. I was busy until after lunch, but later in the afternoon (and after it had stopped raining) I went down for a quick look.

Walking along the south shore it was evident how much of an effect the weather has on visitor numbers, as the C.P. was almost deserted. I walked all the way to the pump house and scanned through the Black-headed Gull flock, but unfortunately the Med Gull had departed. As I scanned back and forth I happened to glance up and saw two Sand Martins battling against the wind. Sand Martins are usually one of the earlier migrants to arrive back, but these were my earliest ever at Whitlingham, two days earlier than those seen on 30th March 2009. Walking back I heard a couple of Oystercatchers flying around calling to each other. They flew past over the picnic meadow and then ended up on the jetty opposite the flint barn, where they seemed quite content. 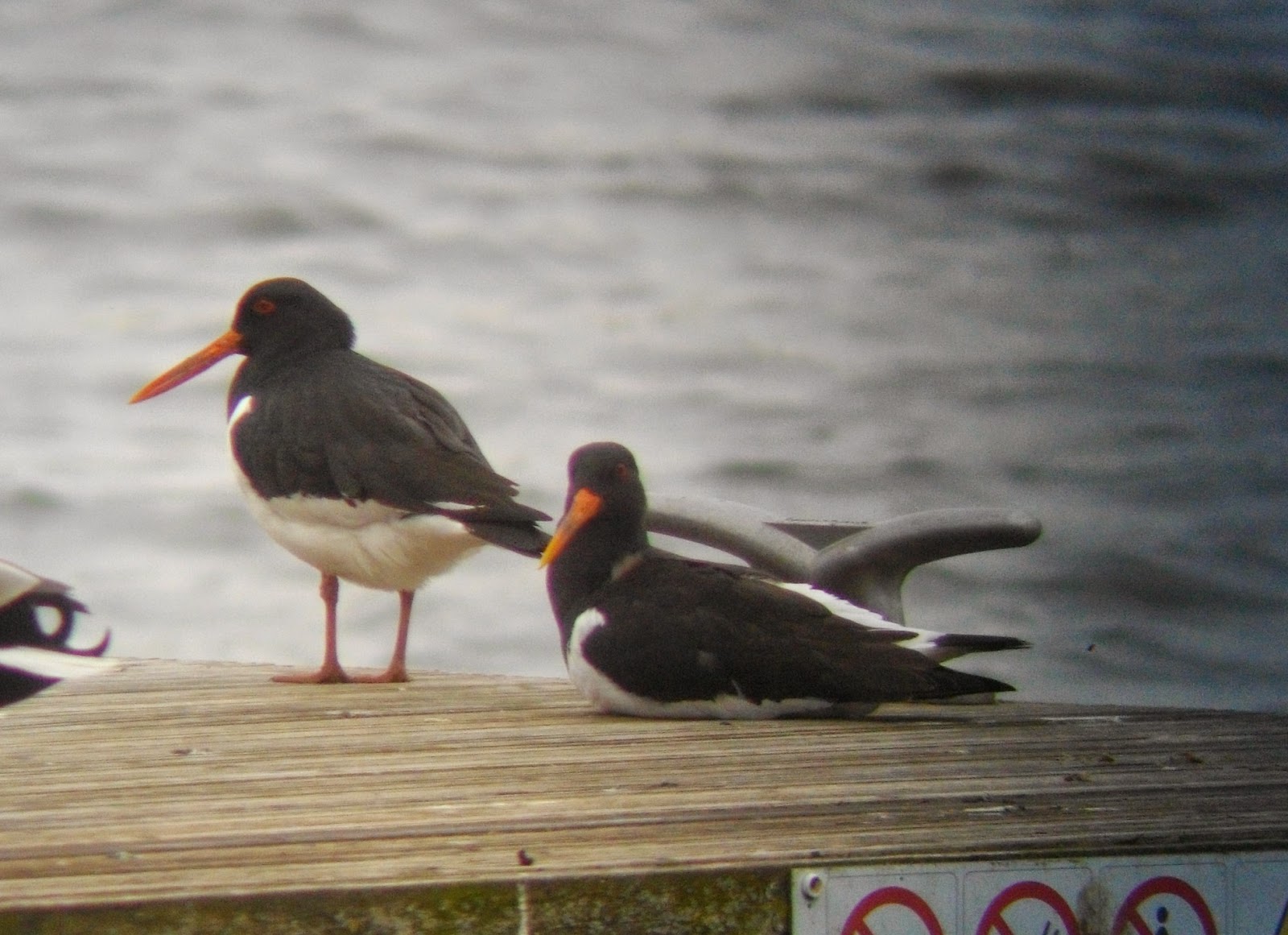 As I walked past the ruined hall I decided to check the Daffodils, and a small fly on one of the flowers looks like it could be the aptly named Daffodil Fly. 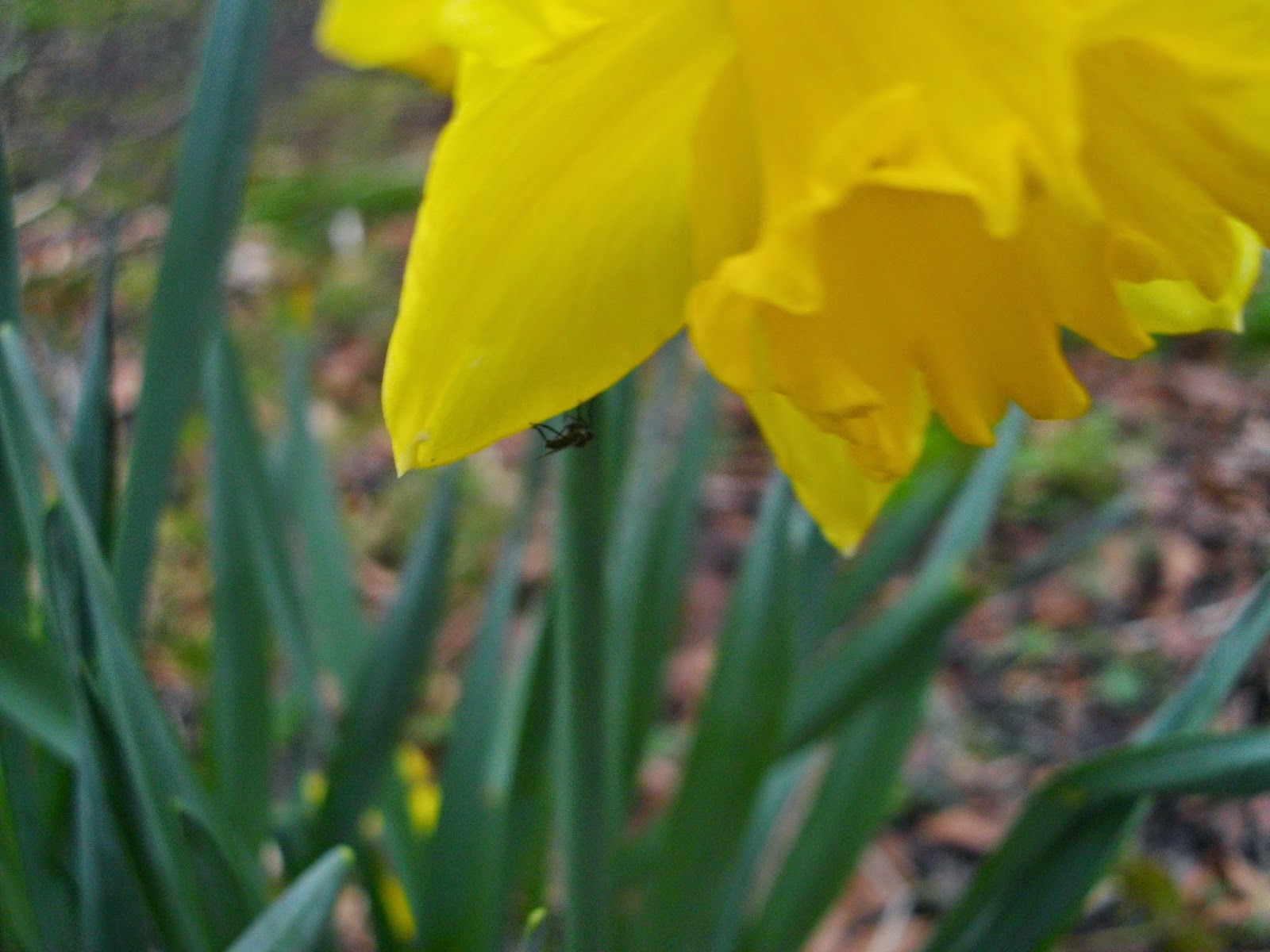