A blank week in terms of new birds for the year, but I did keep up my record of seeing a new species of something each week thanks to a tip from Stewart Wright. Stewart had posted on a Facebook group about the lichnenicolous fungus Athalia arachnoidea, and on my way past some trees on the next road over from my house I noticed some pale rings on the lichen-covered bark. At a distance you might assume that it was just dying off, but a closer inspection showed that it was a covering of white silky strands that are indicative of that species. 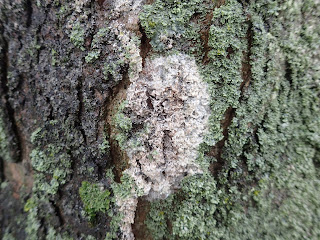 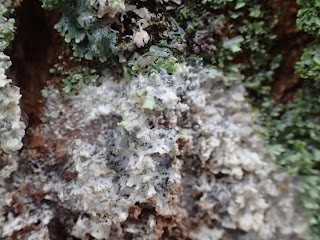 A few other fungi were also seen in the week, a rather non-descript orangey-brown one that I've not pinned down yet and Wood Blewit in the garden, and Bartheletia paradoxa on some dead Ginkgo leaves in Waterloo Park. 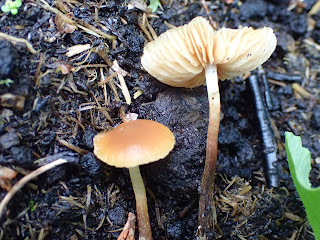 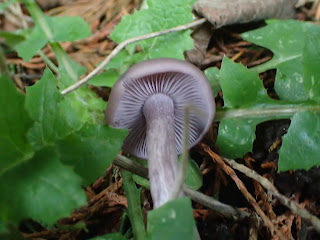 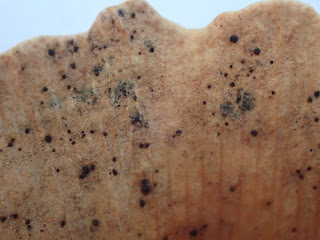