After leaving Earlham Marshes I headed to a site north of Norwich that is subject to a long-term NNNS Research Project. The site is currently being surveyed by a team of expert botanists, and a week or so ago they had come across a fungus that I had wanted to see for ages, Bog Beacon (Mitrula paludosa). This small but spectacular species is commoner in the north (where there are more bogs, funnily enough) but there were only a couple of previous Norfolk records. Armed with good directions from Ian I set off and found the area without much trouble, which was handy because the area has some rather deep boggy areas of mud. 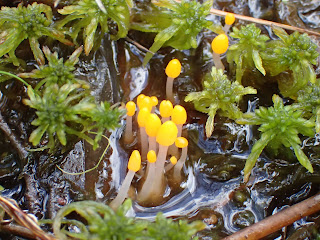 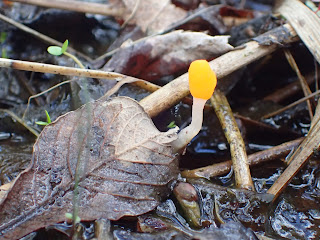 Whilst on site I decided to sweep a bit of heather in the hope that I could find either of my long-term heathland target species, Heather Ladybird or Heather Shieldbug. I didn't see either, and actually didn't find too much. There were a few spiders, including Agalenatea redii, plus Small Heather Weevil and a Heath Rustic caterpillar. 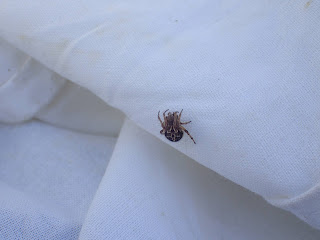 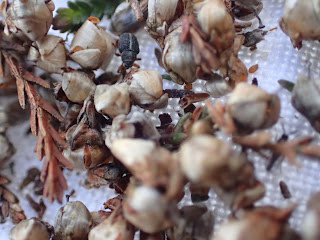 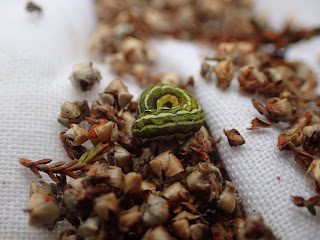