THORPE MARSHES: A range of beetles and a rare case-bearer

A couple of hours at Thorpe Marsh turned out to be very profitable for invertebrates. Dolerus aericeps, a sawfly associated with horsetails, was found on the permissive path, and was followed by a succession of 'new' beetles. Firstly the weevil Notaris scirpi, then whilst looking for Spotted Marsh ladybirds I noticed a peculiar-looking Monoceros Beetle, which was trumped shortly after by an Ant Beetle. 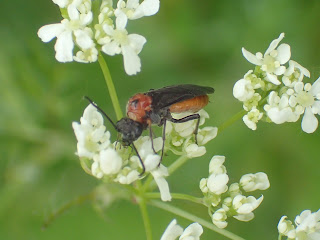 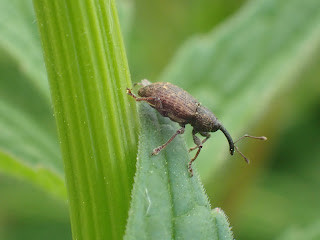 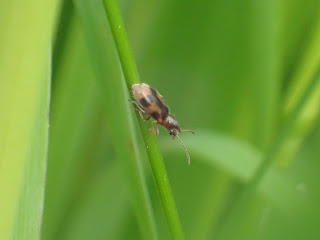 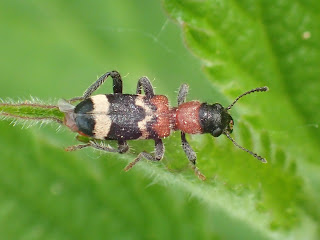 Whilst not as spectacular, in recording terms these were all trumped by a Coleophora larva, which Rob Edmunds identified as Sandy Case-bearer (Coleophora lithargyrinella), the first Norfolk record since 1874. Interestingly both this species and Monoceros Beetle are often found in drier, sandy habitats, but were present here at the edge of the grazing marsh. 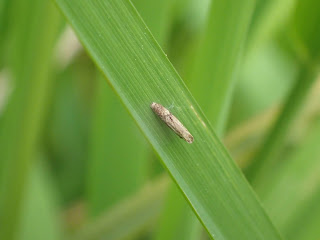