A few days in Wales

The main purpose of this brief foray into Wales was for me & Dad to see the spectacle that is the Red Kite feeding station at Gigrin Farm. Dad wanted to get some good photos, I had prepared myself for some digiscoping mayhem. We stayed at the Brynarfon Country Hotel, handily supported right at the bottom of the Gigrin access track. The number of Kites increased as we approached feeding time, and once the meat was deposited over a hundred swooped down to feed. A breathtaking sight, and as we soon discovered a difficult one to photograph. The Kites almost exclusively fed in flight, swooping down to pick up a chunk of beef, sweeping it from claws to beak and eating in one motion. One bird that did settle was a beautiful leucistic Red Kite. A loud "kronking" alerted us to a Raven perched nearby, and another two flew in later. After feeding time the Kites dispersed slowly, and were still seen from the hotel grounds and restaurant, and over Rhayader throughout the evening. 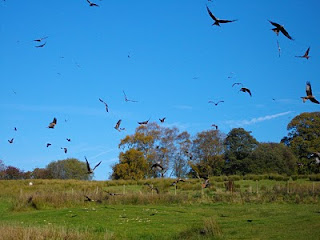 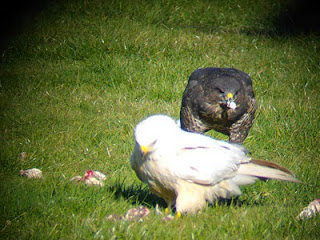 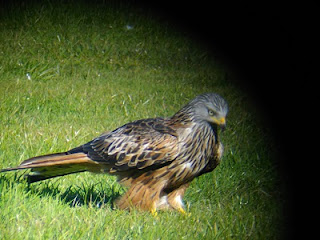 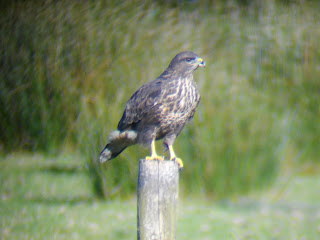 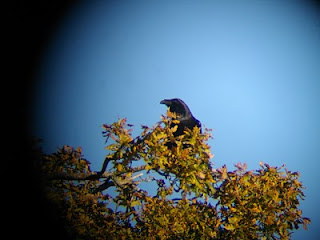 Having taken advantage of the sunny weather on the first day, we then had a rainy day to occupy. We took a picturesque drive through the Snowdonia National Park, ending up at a misty Anglesey. Visibility was rubbish but it didn't matter, two Choughs were feeding in a field along the roadside. The toilets were shut (there appears to be a nationwide consensus that people don't need the loo between October and March) but the cafe was open. After lunch the mist had cleared a bit, and we located a further three Choughs before leaving the island. 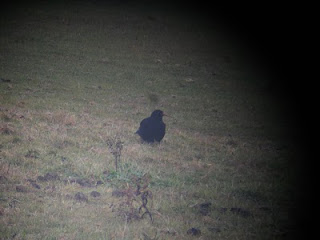