A load of Crickets and a Phalarope

2nd October 2010
.
Having neglected Whitlingham for a couple of weeks to spend some time at the coast, I decided to give both sides of the river an early morning grilling. Water has returned to the scrapes at Thorpe Marshes, but no waders. A couple of Wigeon and 30+ Teal were enjoying the wetness. I had hoped for at least one migrant grounded or over, but was to be disappointed. 13 Snipe over (3, 2, 7 & 1) were of note and two Swallows west could well be my latest record. I flushed two Chinese Water Deer from the flooded grassland, whilst there looks to have been a small arrival of Pochard since the last count.
.
On my way round to the C.P. I stopped at Carey's Meadow, no birds of note but I found a colony of Roesel's Bush Crickets, a recent colonist of Norfolk, maybe a first record for the site? Whitlingham was quiet, although 150+ Coot are still present, mostly at the east end. The ivy flowers were popular, with Red Admiral, Comma and Hornets competing with hoverflies. Showing how little there was about I got another orthoptera record for the day, my first Long-winged Conehead. The Grasshopper Atlas of Norfolk (yes there is one!) published in 2001 has them from a single site (Beeston Common), so possibly another site record. It was at this point when I was saved from ditching birds for insects by a call from Gary, offering a lift to see a Wilson's Phalarope. 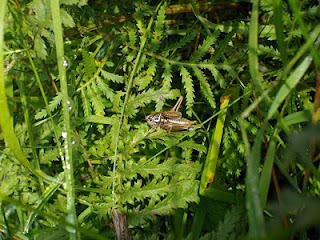 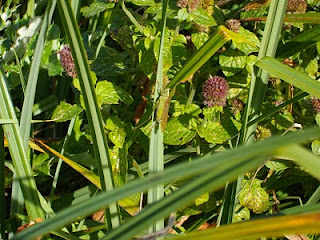 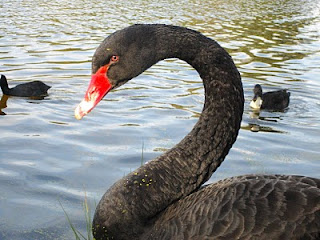 Wilson's Phalarope is a bird that I had failed to see twice before when the last one turned up at Cley, so I had a vested interest in seeing this one. We drove quickly but safely to Welney (except for one bit of road where a bump sent us clean into the air) and arrived to find lots of people and not a lot of Phalarope. 15 minutes or so later it emerged back into the open, and we got good scope views. We didn't spend too long because news had broken of a Melodious Warbler at Holkham, a rare bird for Norfolk. Suffice to say we didn't see the bird, and it is therefore completely academic whether it was Melodious, Icterine, Willow or an actual Hippo. It was a good exercise in thoroughly grilling a small area of scrub, but a few Blackcaps, Chiffchaffs, Willow Warbler and Garden Warbler later we were all out of warblers. The stay was made more tolerable by the conversation, notably with Phil, Paul, Jim and Stuart.
Posted by James Emerson