When the Norfolk Fungus Study Group announced their programme, two forays stood out. The first was Mousehold Heath, just down the road, and the second was Bacton (aka Witton) Wood, my local woods from when I lived in North Walsham. Dad & I went along despite it being a bit late in the fungi season to see what we could turn up. In a couple of hours we recorded around 30 species, the most notable for me being Postia caesia (Conifer Bluing Bracket), which I found on the way back. There were lots of Amethyst Deceivers and quite a few Beech Sickeners along the eastern path, worth having a look at if you are that way. 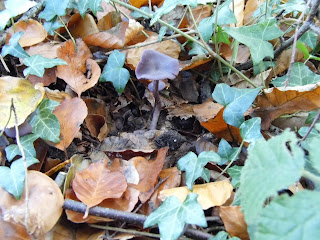 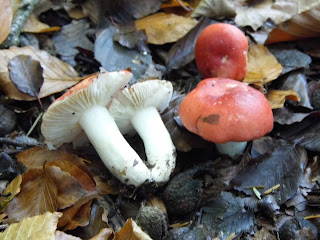 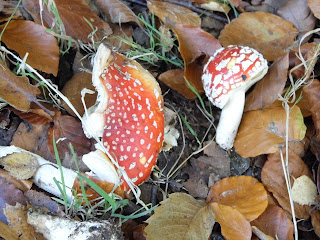