Whilst at home today I got a phone call from Gary mid-morning to tell me that a juvenile Surf Scoter had been found off the cliffs between Sheringham and Weybourne. Ducks are probably my favourite group of birds, and Surf Scoter was one of the three species on the Norfolk list that I hadn't seen (Canvasback and Blue-winged Teal are the others), so I decided to get the next train to Sheringham to go and have a look. After a long walk along the cliffs (failing to see a Richard's Pipit that was seen sporadically throughout the day) I reached the right place, where a couple of birders were watching the Surf Scoter with a small group of Common Scoter. The flock were actively feeding, but when seen in profile the head and beak of the Surf Scoter really stuck out. A little while later Neil and Gary arrived, and after watching the scoter for a bit longer we headed back.

On my way to the scoter I had been told that a Rose-coloured Starling had been found in Northrepps, so we headed that way. A birder at the village hall car park gave us directions to the garden that the bird was frequenting, and we found a small group of birders watching the juvenile Rose-coloured Starling in a small tree, where it showed well. Interestingly the bird had at least one dark adult covert, and the end of the beak had turned pink. We also clocked up a Cormorant and a Lapwing over the house, and saw a flock of Pink-footed Geese fly over near Southrepps on our way back to North Walsham to round off an excellent days birding. 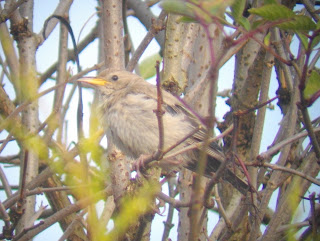 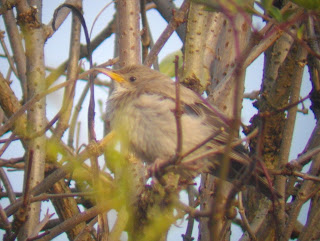 Many thanks to Dave Appleton for finding the Surf Scoter, and to the owner of the garden that the Rose-coloured Starling was in.