WHITLINGHAM: Geese arrive and a couple of Nuthatches

A small flock of geese on Whitlingham meadows were worth checking out (albeit more for hybrids than tag-along wild geese) and turned out to be 36 Greylags. A Green Woodpecker (69) flew across my field of view, an overdue patch tick having only heard them so far this year. On the Great Broad it was apparent that there had also been a small arrival of Canada Geese, with 33 representing a significant increase on previous weeks. Other than that duck numbers were low, due in part to the canoeing no doubt. It was a different story looking across to Thorpe, where 100+ Pochard and 65+ Tufted Ducks were on Thorpe Broad. Walking round towards the conservation area a Linnet (70) flew east over the river. Four Teal and four Gadwall completed the ducks, and two Little Grebes were tight to the shore. On my way back to the car I heard a Nuthatch, and found two in tall trees between the car park and Little Broad (71). 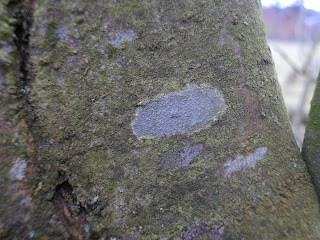 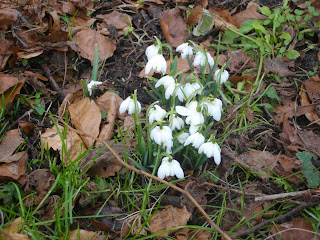 On a non-birding note I continued to drag my TG2507 all taxa list into the 90s, with Snowdrop, Dovesfoot Cranesbill leaves and several fungi. More lichens were photographed, and the county lichen recorder has kindly ID'd the specimen that was annoying me previously - I had the genus right (Lecanora), but probably wouldn't have got the species unaided!
Posted by James Emerson