Another local visit, this time to Whitlingham. It was raining on and off but I wasn't too bothered, as rain showers can drop unusual birds onto lakes during the autumn. Of course they didn't on this occasion, and I made do by watching a mixed flock of Swallows and House Martins skimming low over the Great Broad, feeding up before they migrate.

There didn't seem much point doing a full circuit of the broad, so instead I headed up into Whitlingham Woods. I had heard that some Dog Stinkhorns had been seen recently, so I went in search of them. Considering the relatively dry weather (up until the last week!) there was quite a bit of fungi around. I didn't find any Dog Stinkhorns, but I did find a Common Stinkhorn and some Stag's Horn, neither of which I have recorded here (despite them being common). There was also a lot of Giant Polypore and Dryad's Saddle (both bracket fungi). My find of the day was the Green Man carving that I have been looking for here for ages. The reason that I hadn't found it became obvious - it was in that most pagan of places, the adventure playground. 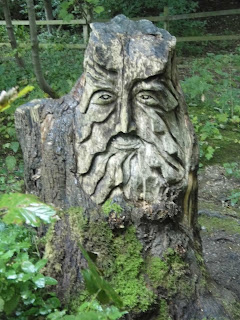 The Green Man - one of several wood carvings at Whitlingham 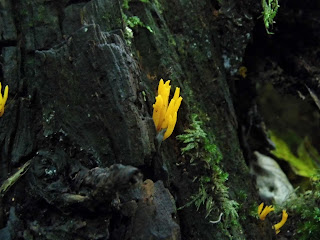 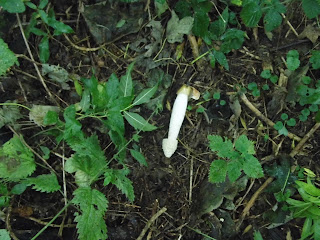 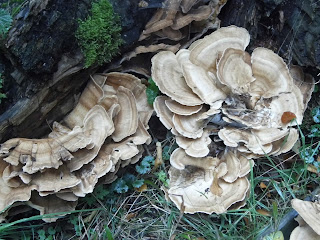