MID-NORFOLK: Buxton Heath in the rain

A group of insect enthusiasts in the county are in the process of forming a Norfolk Entomological Group, and I had been invited to attend a meeting at Buxton Heath. I was pleased with the choice of venue, partly because its relatively close to Norwich, but also because there are quite a few heather-related species I've not seen before like Heather Shieldbug, Heather Ladybird and Hieroglyphic Ladybird. All of this was rendered rather academic though, as the weather was wet and windy.

We did stay for a couple of hours, seeing lots of Minotaur Beetles and a few other beetles in dung. Jeremy & Vanna caught a nice micro moth, Neofaculta ericetella, and I sweep-netted a spider I'd not seen before called Mangora acalypha. There were also some good specimens of Nail Fungus (Poronia punctata) growing on the pony dung. Until recently this was quite a scarce fungus, because the medication given to horses and ponies often kills it off. A couple of singing Woodlarks rounded off the trip. 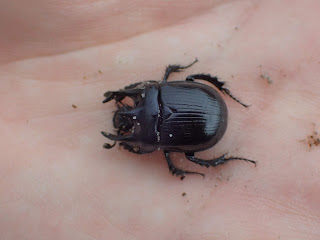 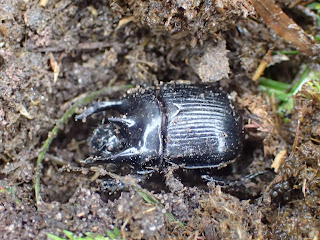 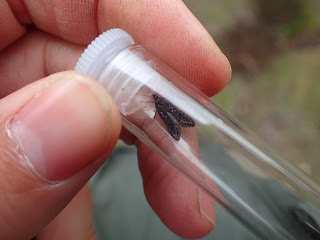 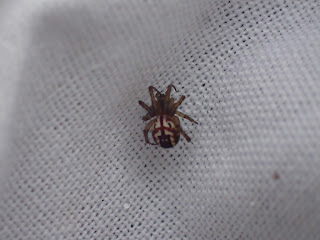 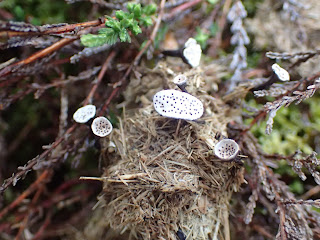