Local naturalist Susan Weeks had told me about some of the hoverflies that she had seen at Catton Park during April, and two of them were species that I'd not seen before, Parasyrphus punctulatus and Melangyna cincta. The former seems to be having a good year judging by online sightings. I had made a brief visit to Catton Park earlier in the month, but conditions were overcast and there were few hoverflies about. This time it was sunnier and I was more successful, finding Melangyna cincta basking on some leaves. 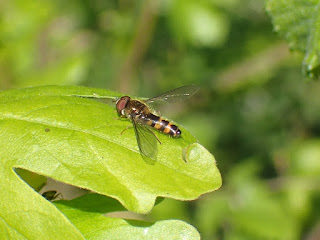 A circuit around taking in some more likely basking spots and flowers turned up some other insects, although no Parasyrphus. The highlight was a new plant bug for me, Deraeocoris lutescens, whilst some Common Oak Purple moths, Adonis Ladybird and a mating pair of 10-spot Ladybirds (a very variable species - I initially mistook them for Cream-streaked Ladybirds) were also seen. 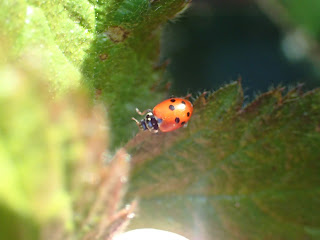 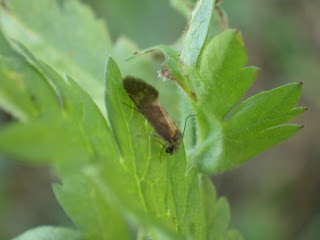 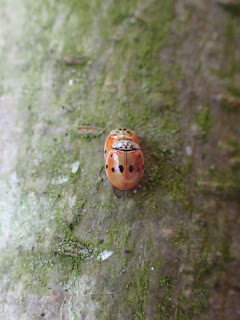