A combination of illness and the weather meant little of note was seen in late January (Greylag Goose was added to the house list by virtue of some calling birds heard whilst indoors, and Sparrowhawk and Grey Wagtail were seen in the city centre).

One of the deferred activities was a meal with mum at the Sugar and Spice Cafe (a cafe in Bacton, not to be confused with the table-dancing club of the same name in Norwich). After a nice meal we headed a bit further down the road and parked up at Walcott. We wanted to show Rose the Turnstones, and having got out of the car and stood by the sea wall we were soon treated to a walk past by one of these charismatic birds (later a flock of 23 flew in). 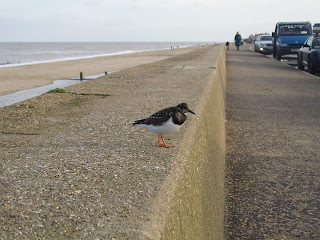 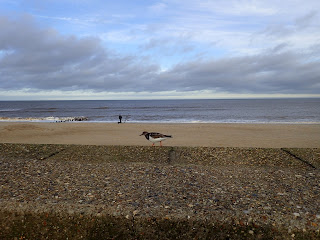 We then went for a walk along the beach, the first time I've been back since the sandscaping. I picked up a couple of bits of seaweed for further inspection, trying to identify them using a guide to seaweeds of the east coast produced by Norfolk marine county recorders Dawn Watson and Rob Spray. The first was Eyelash Weed (Calliblepharis ciliata), and a closer look revealed a colony of Bryozoans, Electra pilosa, the first time I've noted them although I'm sure in the past I wouldn't have looked close enough to realise that the small pale patch was other creatures. I struggled to identify the other red seaweed as there are a lot of similarly feathery ones, but fortunately Dawn is on Facebook and identified it for me as Heterosiphonia plumosa. 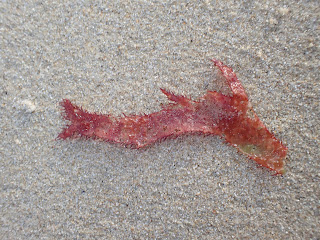 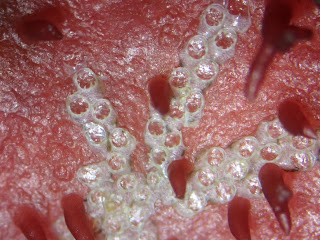 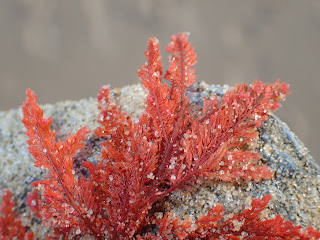 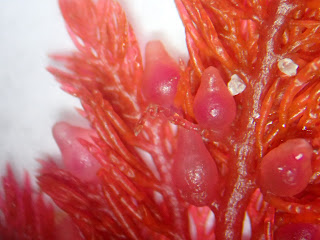