The first WeBS count of the year at Whitlingham turned from a rather standard affair to an interesting one with the find of a drake Goosander in the conservation area bay. These sawbills have become a bit less regular in the Norwich area of late, althought there were quite a few sightings in 2019. In fact my last Whitlingham one was back in 2015, albeit I've not visited as much in the past couple of years. This bird appeared whilst I was scanning the bay from the path, giving the peachy glow that marks out the males, but then vanished by the time I tried to scan again from a different angle. 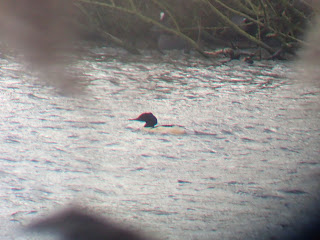 Other than the Goosander, selected species counts below (combined Great Broad/Little Broad):

As you can see, the overwhelming trend is one of much lower numbers than the past few years. The mild weather this winter will undoubtedly be part of that - whilst I make cursory weather notes (windy, sunny etc) and record any ice cover, I wonder if I should be making a record of the temperature and weather pattern for each count to provide a bit more analysis of why numbers might be different. Tufted Duck numbers were only slightly down, but Coot numbers were only half the equivalent counts of late. The 2019 Gadwall count had been exceptional, but 185 is still well below the 2018 count, and the few Shoveler present on 1st Jan had departed.

A few other bits and bobs were noted on the walk. The common Agromyzid miner Phytomyza chaerophylli was evident in Cow Parsley, and there was a nice group of Common Inkcaps too. Alex Prendergast had asked naturalists to send him photos of winter-flowering Dandelions (most flower in April) because there are some rare/under-recorded species, and he initially wondered if I had found one of them called Taraxacum subericinum, but having consulted an expert it was decided that it wasn't. Dandelions, like Brambles, are actually an aggregate of many apomictic species (sometimes described as microspecies, although the term is frowned upon by those that study them). 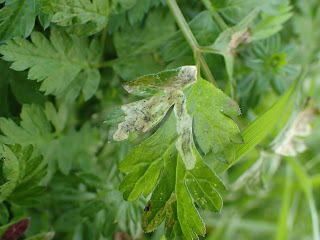 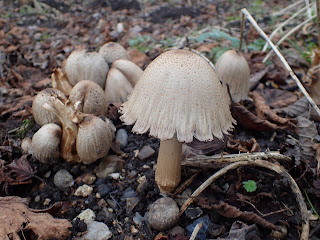 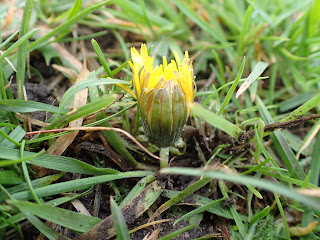