A rather low key week. Whilst in the city I remembered to have a look at a tree on Haymarket (next to Peter Mancroft Church), which held the yellow lichen Candelaria concolor. It had been mentioned in Peter Lambley's 2019 lichen report in the NNNS journal "Transactions.." and I assumed it would be something I've never seen, only to find out checking my notes that Peter had actually shown me it near Sparham on an NNNS event several years ago. 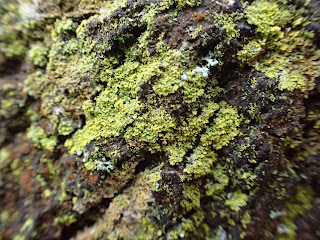 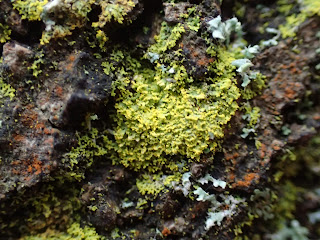 On the bird front the wintering Yellow-legged Gull was still present in Wensum Park when I went that way into work and I heard some Greylag Geese flying over the house early one morning, but I didn't see or hear anything new this week. The only other species of note was the springtail Orchesella cincta on one of the pavilion pillars at Waterloo Park, a species I've seen before but nice to recognise one straight away. 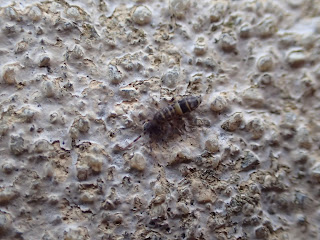