A few days of heavy snow across the county meant not leaving the house on the basis that a pandemic is not a great time to have an ice related accident. Once things had began to thaw I did venture out, and walked to Whitlingham to get February's WeBS count done. The city was both pleasantly quiet and not as slippery as I had thought it might be.

Arriving at Whitlingham the Little Broad was completely frozen, but most of the Great Broad was still open. There was a decent range of ducks (although typically a Smew and a Black-necked Grebe turned up on successive days after my visit). I counted 239 Tufted Ducks and around 120 Gadwall, with the long-staying 1st-winter Scaup plus Goldeneye, Wigeon, Shoveler, Teal, Wigeon, Pochard and Mallard also present. A Bittern had been seen earlier in the day, but wasn't on show and I didn't linger to wait for it. Several flocks of Siskins were in the Alders, and I heard my first drumming Great Spotted Woodpecker. The highlights were both seen as I walked back along Whitlingham Lane, getting prolonged views of a flock of Redwings feeding on Ivy berries, and finally a Woodcock flew over the road. 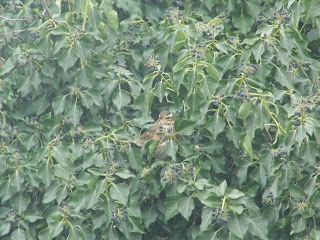 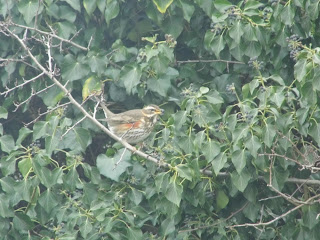 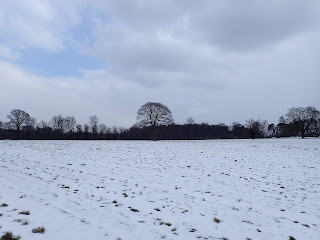 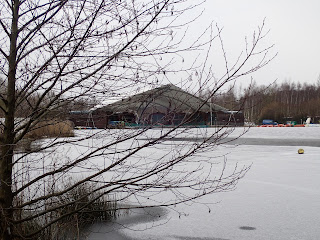 Elsewhere during the cold snap I had added three birds to the year list from the garden, Greenfinch, Goldcrest and a male Blackcap.