April's wildfowl count took place with a mixture of sunny spells and hail showers. A Reed Warbler heard singing from one of the usual territories had first been heard by other birders a few days earlier, but still knocked about a week off my previous earliest patch date for this species. Elsewhere around the broad Chiffchaff, Blackcap and Willow Warblers were singing, but no Sedge Warblers were heard. In terms of breeding wildfowl four Mute Swan nests were noted (one on the Little Broad and three along the north shore of the Great Broad), but no goslings or geese on nests were seen. The Mandarin was again present, along with 78 Tufted Ducks, 2 Pochard and 43 Mallard.

The standout moment of the visit, and arguably of the last couple of years worth of visits, was 10 minutes in the close company of an adult Kittiwake. Having called in earlier in the week and seen it distantly with a flock of Black-headed Gulls, I reached this area and begun to scan out into the broad. I was disturbed by a splash, only to look up and see the Kittiwake, which had dived into the water just offshore. I was standing in a gap between the broadside trees, and it then proceded to fly back and forth along the broad edge, only a few feet above head height and at times easily within 10 feet of me. It wasn't flying particularly fast either, soaring and banking in front of me as I stood on my own. Absolutely magical. After a while it stopped flying around and floated on the broad, still quite close by. If this gets beaten as my favourite avian moment of the year then I will have seen something really special! 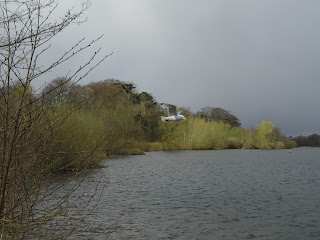 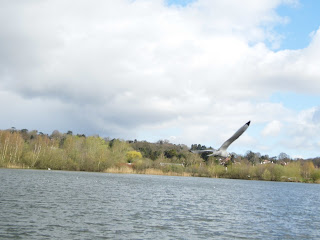 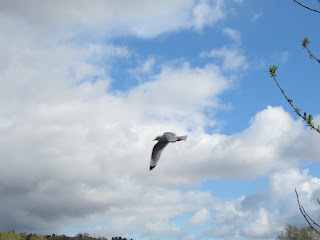 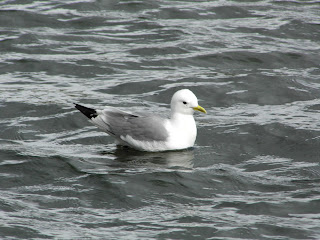