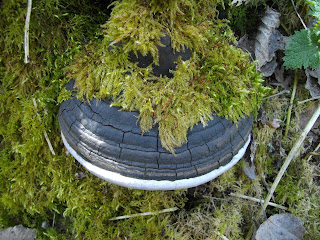 Further along Whitlingham Lane I stopped at the sewage works where a pair of Oystercatchers (76) were feeding near the settling pools (these later flew over my head and landed at Thorpe). I went up onto the farmland east of the sewage works to scan back, seeing four Lapwings. My walk back was largely uneventful up until I reached Trowse Meadow, when a Peregrine (77) flew in and spent several minutes flying over the Deal Ground, before heading off southwards.
Posted by James Emerson