An overcast mid-summers day did not is not usually a great day for a Whitlingham visit, but it was WeBS weekend and Sunday had a 'fun run' scheduled (paying £10 to run around the broad doesn't sound that fun to me), so Saturday it was. A mostly white Greylag was on the slipway with the main Greylag flock. It looks quite distinctive, I would be interested to hear from anyone who has seen this bird elsewhere, to help work out how far away geese come from in summer to moult here. 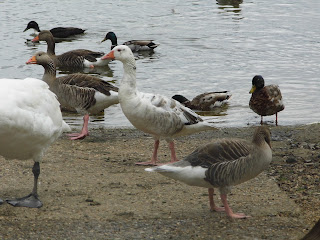 The Greylag count hit 165 (plus a few goslings), and there were finally two broods of Mute Swans. A brood of young Egyptian Geese may well be a second attempt of the year, and there were also young Coot and Moorhens. A Cuckoo called in the distance, and Common Terns screeched over Whitlingham and Thorpe broads. Insect wise there had been an emergence of micro moths, with 55+ Nemophora degeerella and quite a few Nettle Tap moths. 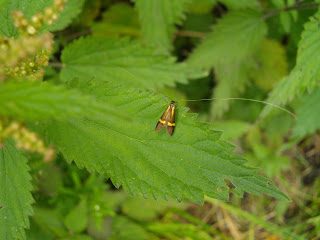 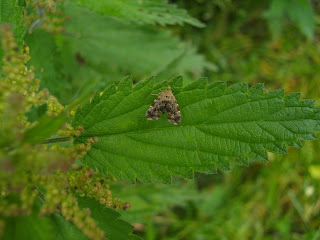