Today was the open day at Catfield Fen. This broadland reserve, owned by Butterfly Conservation, is usually closed to the public due to the unsafe boggy ground and only visible from a path along the western boundary called the Rond. I had wanted to visit for several years now, so despite the overcast conditions Cathy & I set off early to get there in time for the opening of some moth traps that had been left out overnight.

Arriving around nine we gathered in a cut grass area being used as a makeshift car park for the open day. In keeping with the year in general the moth catch wasn't very large, but habitat meant that several of the moths caught were new for me. The most numerous species was May Highflyer, whilst the pick of the rest were Oblique Carpet, Silky Wainscot and Flame Wainscot. We didn't see a single butterfly, but Andy Brazil did show us a female Azure Damselfly that he had found. 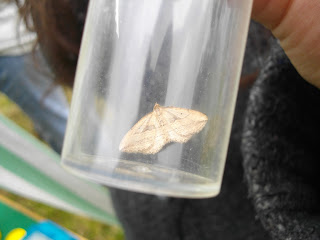 Later in the morning we went on a guided walk into the fen. This was mostly centred on an area of carr woodland, and although it was interesting to look around the area, there wasn't much in the way of insect life or flowers due to the conditions. We did see some Water Violets and Royal Ferns, whilst a Great-spotted Woodpecker called in the background. 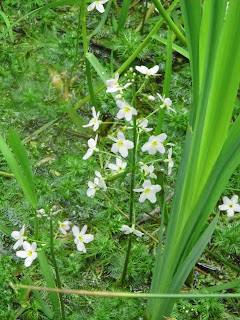 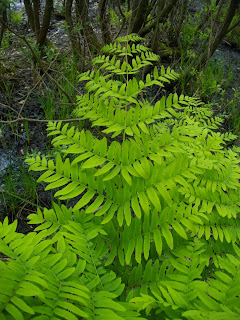