Upon arrival at Whitlingham for April's WeBS count I spent the first few minutes scanning the meadows opposite for Ring Ouzels. There wasn't any, but I did hear my first Whitethroat of the year, and found a second one as well, both singing from the scrub near the archery range. A Peacock butterfly fluttered past, and a Sand Martin flew over.

At the Little Broad I picked out a Kingfisher perched up at the far end of the broad, although I only managed a couple of out-of-focus record shots before it flew off. There were still a pair of Tufted Ducks on the broad, along with Mute Swan and Coot on nests. 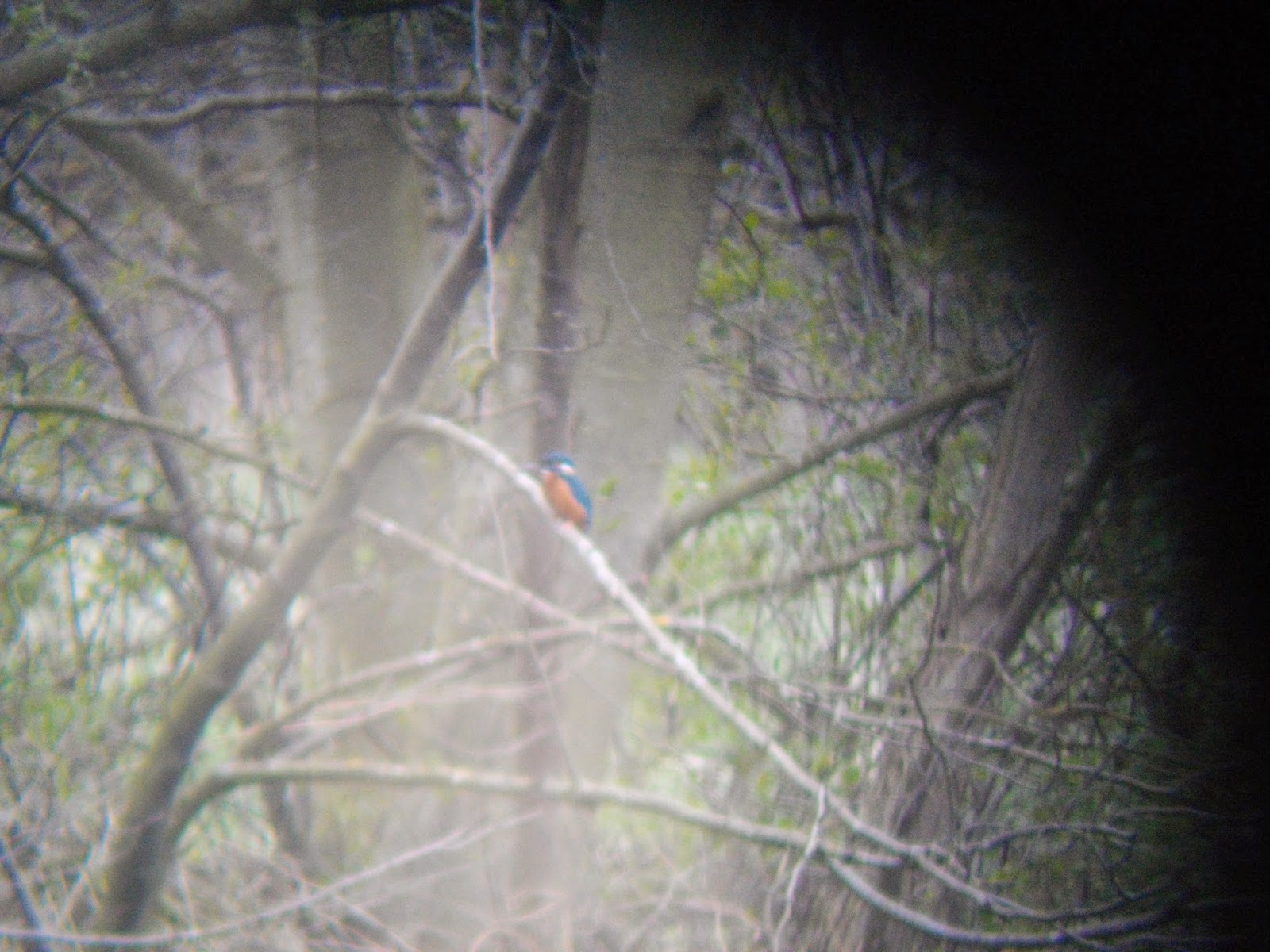 There wasn't any unusual wildfowl on the Great Broad, a drake Teal probably the most interesting. There was however broods of Greylag Geese (4 + 8), Canada Geese (6), Egyptian Geese (1) and Mallard (3). The downcast conditions brought a hirundine flock lower, allowing me to pick out my first House Martins of the year from the Swallows and Sand Martins. Chiffchaffs and Blackcaps were numerous, and I also heard my first Reed Warbler of the year too.The Oystercatcher pair that has taken up residence at Whitlingham in recent weeks were still present.

Scanning the shingle at Thorpe Marsh there was no sign of the Common Sandpipers present earlier in the week, but there was a lone Lapwing and some more hirundines overhead.