This year appears to be a very good one locally for the Four-banded Flower Bee, Anthophora quadrimaculata. There have been reports from several places around Norwich, but I have been enjoying watching up to four on the strip of garden along the front of city hall. They have pale green eyes, and are not to be confused with the rarer Anthophora bimaculata, which tends to be found in heathy areas. 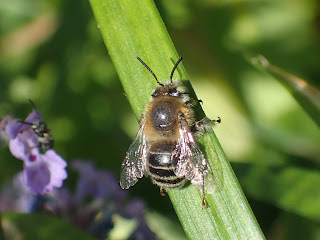 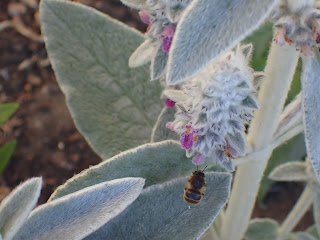 The other species of solitary bee to keep an eye out for is the Wool Carder Bee. It favours a plant called Lamb's Ear, and has been seen nectaring on populations of this plant at Earlham Cemetery and Waterloo Park - unfortunately not so far on the plants near city hall where I watch the Anthophoras. Last year I saw a female, a smart looking but small bee. This year I saw a male in Waterloo Park, a much bigger creature with spikes at the back. Definitely worth checking any Lamb's Ear near you. 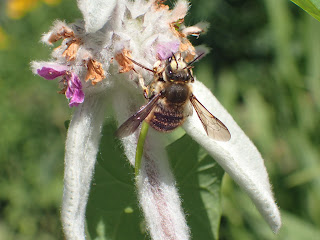 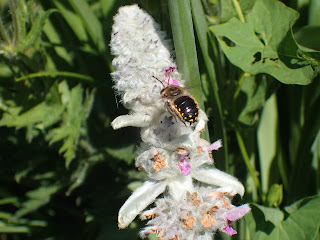