A hot morning at Whitlingham for the July WeBS count, with only the expected waterbirds recorded. A Reed Warbler was still singing, and some Swifts were screeching around overhead although I've not seen any near the Swift tower in the car park. Mute Swan and Greylag numbers were much higher than the past two July counts. Mallard numbers were much lower than 2017, but in line with 2016.

I had arranged to go on to Postwick after Whitlingham, so didn't have time to linger, but did quickly nip to the picnic meadow. This year has been good for Hairstreaks, and after years of looking I managed to see my first patch Purple Hairstreak around the top of a large Oak. I couldn't find any White-letter Hairstreaks around some Elms, but did find Elm Zigzag Sawfly feeding signs and a larva. This species is a recent non-native arrival and can quickly defoliate trees, making it a potential pest species. A leaf mine in Water Mint caused by Phytomyza tetrasticha was a new one for me. 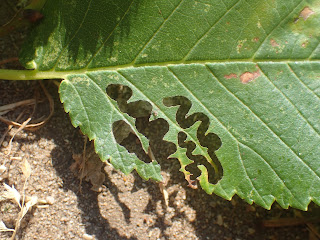 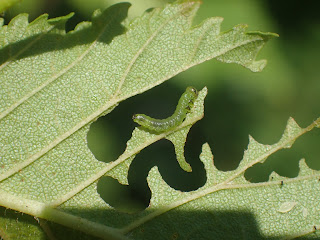 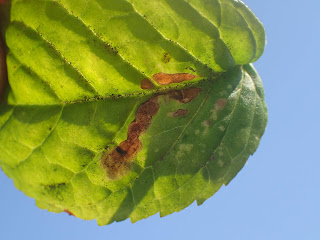