Earlier in the month at How Hill I found the first Norfolk record of the sawfly Heterarthrus cuneifrons leaf mining Sycamore. During my research in identifying it I found that there were three UK Heterarthrus species that cause mines on Sycamore or Field Maple, so I decided to hunt for the other two. These species have an unusual pupating trick - when the larvae are fully grown they make a circle out of the leaf surface and spin it together to make a disc shaped cocoon. This then falls to the ground, but if it doesn't fall amongst leaf litter then the larva inside can 'jump' within the disc to move it across the ground to a suitable site. As a result one of the species, Heterarthrus aceris, has been given the vernacular name of Jerking Disc Sawfly! 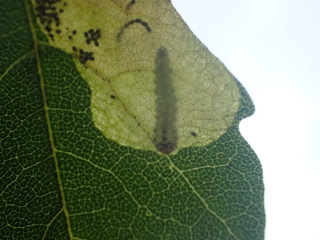 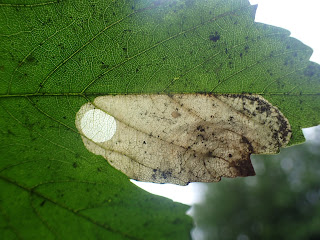 Vacated Heterarthrus aceris mine in Sycamore 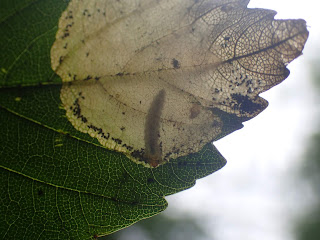 Occupied Heterarthrus aceris mine in Sycamore 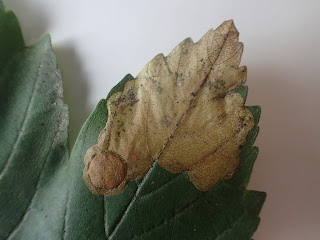 Occupied Heterarthrus aceris mine in Sycamore - finalising the disc cocoon

Whilst checking these trees I also found some moth leaf and samara mines. Moths in the genus Ectoedemia mine the samaras (winged seeds) - there are different species for Sycamore, Field Maple and Norway Maple. These mines are tiny and can be hard to find initially, but once you get your eye in as to what is a mine and what is just ageing or damage then they can be found fairly easily when present. 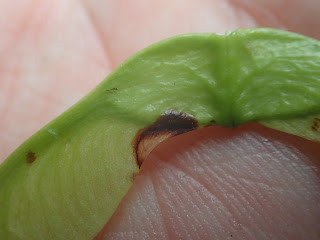 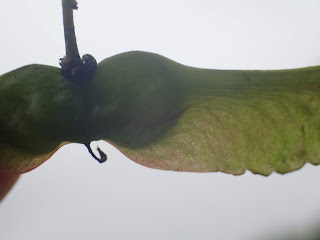 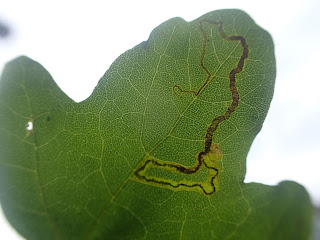 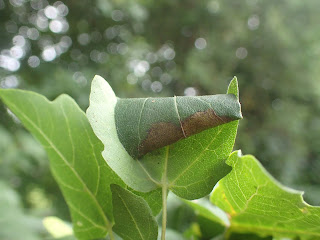