Having plans for Sunday I carried out the WeBS count a day early - at this time of year it tends to not really make much difference. There were few young waterbirds - some might have been out of sight on the island but it doesn't look like it's been a particularly good year for the geese. A pair of Mute Swans with two cygnets were seen though. Numbers of Canada Geese (90) and Mute Swans (85) were quite high - in fact the Canada Goose count was my highest WeBS count since July 2014 when I counted 92. According to my records there has only been one higher count in that time - 107 on 30th June 2017.

I tried to avoid getting too sidetracked by other species - some Macrophya montana sawflies were obvious and the rust Puccinia aegopodii on Ground Elder appears to be a species I've not recorded before. 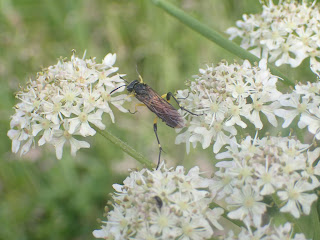 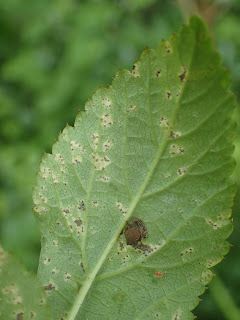 Justin couldn't do the Thorpe Broad count, so I popped in quickly to make sure that side got done too. Parking up I had a look at a nice patch of Red Valerian which had several Painted Ladies on, and on the stretch of Whitlingham Lane before the bridge I managed to locate the hoverfly Riponnensia splendens, a species I'd not seen before but had been told about here by Susan Weeks. 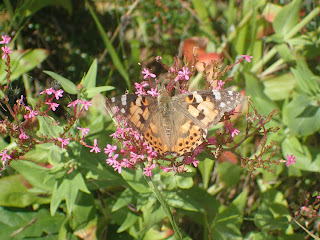 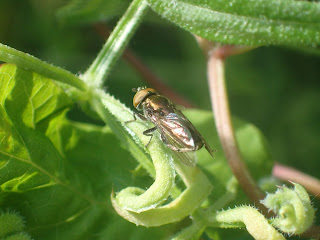 Four Tufted Ducks and 11 Lapwings were the only things of note on the broad itself (although later on Gary saw a Gadwall with some ducklings that must have been out of sight during my visit). Other species of note included the hoverfly Dasysyrphus alsostriatus, the sawfly Cephus spinipes and most interestingly of all a pupa of a type of weevil (Hypera sp) that makes a sort of orange cage. 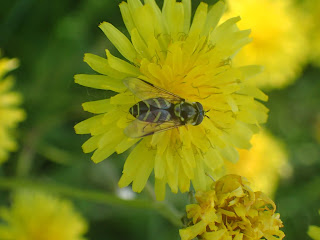 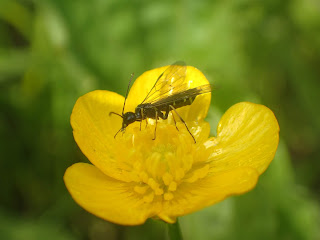 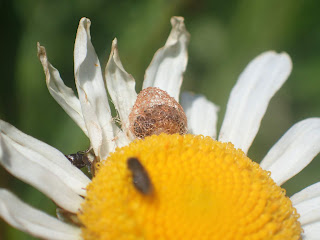