On Sunday morning Cathy, Rose & I headed to Burrfeld Park, a small meadow nature reserve at Tasburgh, where Mike Dawson and Andy Musgrove were running a 'moth breakfast'. This consisted of a going through two moth traps, one set nearby and one in Shotesham, but with bacon butties supplied too. Unfortunately it had been a rather cool night so the number of moths caught was low - the only new one for me was Yellow-spot Tortrix (Pseudoargyrotoza conwagana), which I had previously only recorded as feeding signs in Ash keys. Poplar Hawk Moth and Eyed Hawk Moth were also seen. 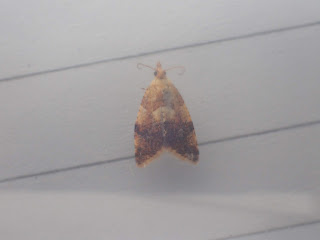 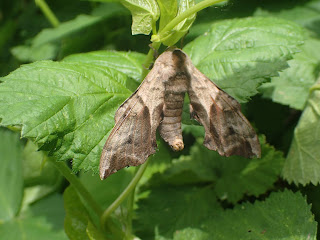 After the trap opening some of us had a walk around the meadow, where several day-flying micro moths were recorded including Little Longhorn (Cauchas fibulella) and Orange-spot Piercer (Pammene aurana). 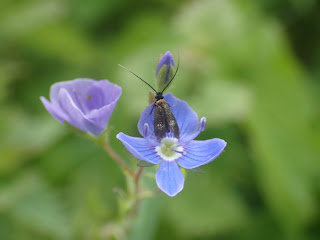 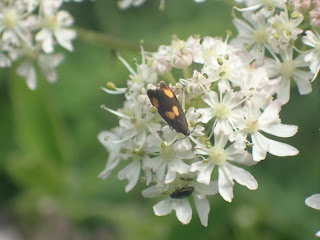