Fancying a walk in the woods, Cathy & I took Rose and our mothers to Bacton Woods for a stroll and a picnic. This was during a spell of wet weather, but we managed to get round in the dry and avoid getting too muddy either. The wildlife highlight of the walk was yet another leaf-mining sawfly (which have been something of a feature of 2019). This one was Metallus albipes, a miner of Raspberry, and constituted the first record for VC27 (East Norfolk) and only the second county record. 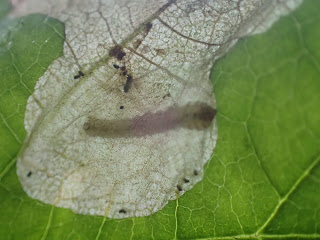 Birdwise Coal Tit, Goldcrest and Long-tailed Tit were seen in a flock in the pines, and we saw a few beetles, Woodland Dor Beetle, Notiophilus bigutattus and Gorse Weevil. I noted a few leaf mines as well, including an occupied mine of Stigmella samiatella in Sweet Chestnut. 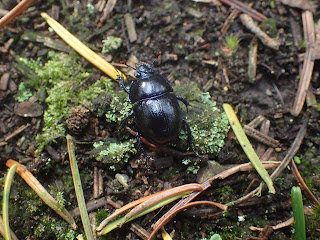 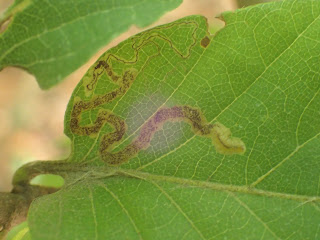 Of the fungi, False Chanterelle, Bovine Bolete, False Death Cap and Rooting Shank were some of the highlights. 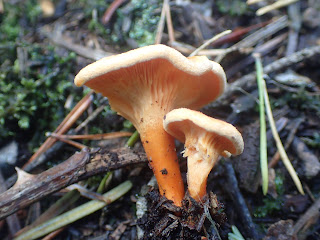 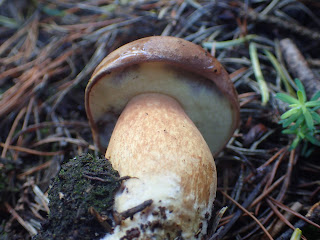 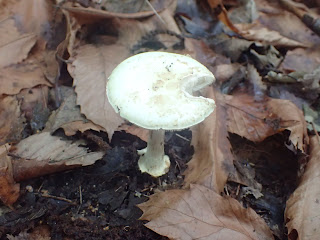 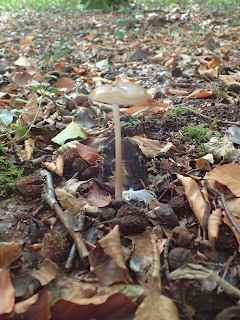