WHITLINGHAM: September WeBS and some sawflies

I seldom end up walking along the Trowse end of Whitlingham Lane at the moment, but having seen on Twitter that some Ivy Bees were present on a patch of ivy there I stopped on my way to Whitlingham to have a look. There was a nice sunny area, and with more time I would have stayed to see what else turned up, but a handful of Ivy Bees and two Myathropa florea hoverflies suffised for now. 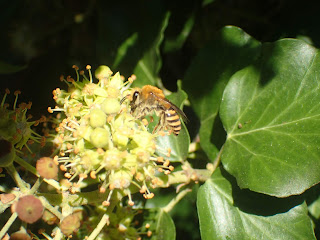 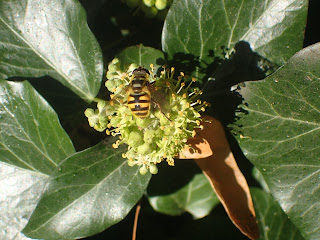 The continuing presence of the Barnacle Goose livened up the WeBS count, although I once again missed the regular Mandarin, which appears to come in and roost at Whitlingham but departs early morning. The best bird was a female-type Goldeneye (first noted by Justin on the 7th), which is our first ever September Goldeneye here. There were signs that species were beginning to return for the winter, including 3 Gadwall, 1 Tufted Duck and 25 Cormorants. 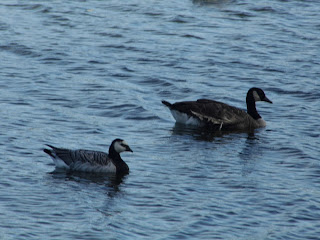 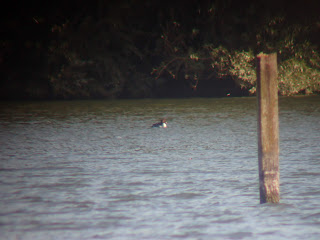 I nipped into the woodland edge, where a scarce bracket fungus found by Anne Crotty was still present on a Beech log. The fungus in question was Clustered Bracket, Inonotus cuticularis, which was new to me and the site. 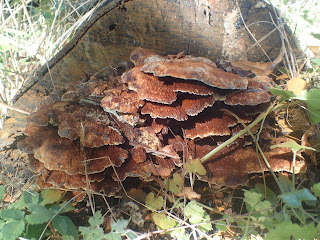 As I walked round I paid particular attention to the Alders, and was rewarded with several interesting sawfly larvae. I had suspected that Heterarthrus vagans was present base don some vacated leaf mines seen previously, but this time I confirmed it by finding an occupied mine. The powder white larvae of Eriocampa ovata is something I've seen here before, but the larva of Nematinus fuscipennis was a new one for me. An occupied leaf mine in Bramble proved to be Metallus pumilis, another species new to the site. Incidentally I have updated the Whitlingham Sawfly guide with these new species - you can view or download it from the species guides tab at the top of the blog. 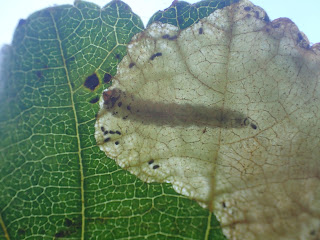 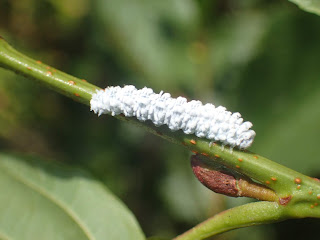 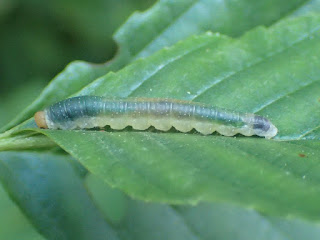 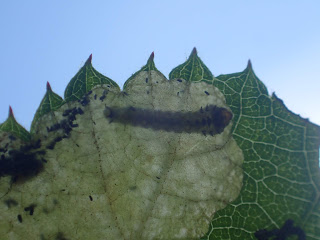