NORWICH: That river is so low I can see the receycling bins

Walking in to work one morning I was surprised to see how low the water level was in the river near the outer ring road. This stretch isn't tidal because of the level drop at New Mills, and although Norfolk had been affected more by strong winds than rain, it had by no means been dry recently. The answer turned out to be quite prosaic, the Environment Agency had opened the sluice gates to allow more water through. This was apparently a trial to see what effect the lower levels could have on wildlife and flood risk (see the Evening News article here). As you can see there were some muddy margins exposed that could well attract some passage waders, which would be nice. Note also that a resident was so surprised at the water levels that he or she pushed her recycling bin into the river. 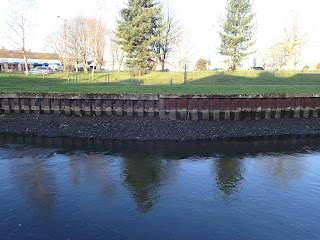 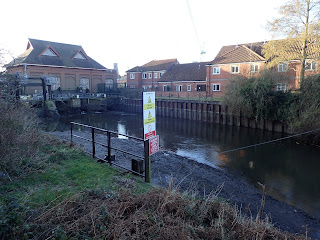 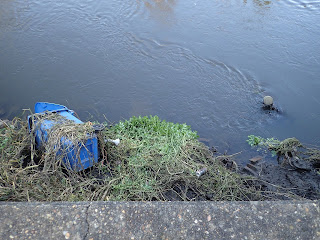