The first Norfolk Fungus Study Group foray of the year had been in doubt due to the strong winds that had caused numerous site closures the previous week, but with a thorough risk assessment and some volunteer warden guides we carried out a short foray of some of the more open fen areas. By the end we had racked up a very respectable 80-odd species, which would have been much less impressive had Stewart not arrived first and recorded about 50 of them on the main reserve before the rest of us arrived.

We only saw three gilled fungi, but one of them was a species I've wanted to see for a while - Reed Bonnet. This fungus has a distribution centred on the Broads and tends to grow on cut reed stems, so is recorded fairly often by conservation volunteers but less often on forays. The remaining nine new species that I saw were all small fungi on old stems or wood, but they did include some rather interestingly shaped species, some of which I've included below. 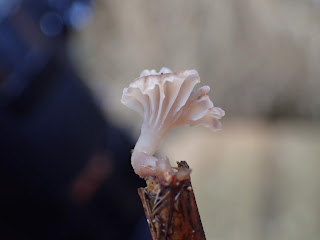 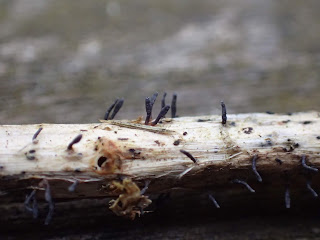 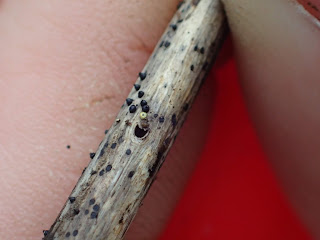 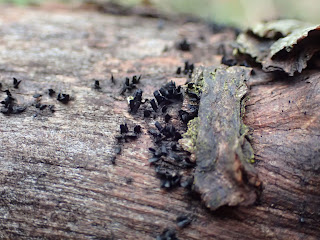 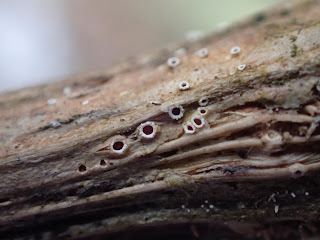 Other than the fungi there wasn't too much of note around - I flushed several Snipe from an area of cut reed and heard a Great Spotted Woodpecker calling.
Posted by James Emerson