The second WeBS count of the year, and there was a welcome sight at the slipway where the regular drake Mandarin was present. This bird has been seen at Whitlingham on and off for around a year (with an absence of several months over the summer) but tended to arive late in the day, roost and then depart early morning. Since having a child I have seldom visited particularly early or late, so I had managed over 20 visits without seeing it until now! 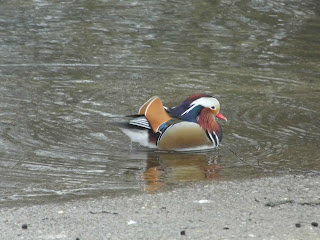 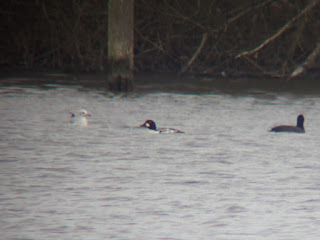 Also of note was a Treecreeper showing well on one of the Alders near the slipway, and several birds heard singing that weren't noted during January, like Song Thrush and Greenfinch. I managed to read the metal ring of a Mute Swan whilst counting on the slipway - not an individual that I had recorded before, but predictably one that was ringed at Whitlingham a couple of years ago. I had a look in a few thistle stems hoping to find Agromyzid larvae, but instead only found an interesting but unidentifable orangey-pink larva. 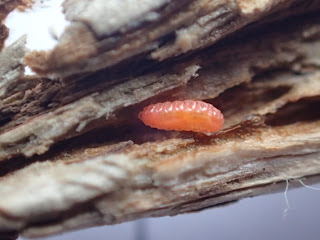