A family walk at Mousehold Heath was notable for the large number of Green Tiger Beetles seen - at least 20, probably quite a few more than that. They were very active, often first seen flying past and landing on a sandy bank. I kept an eye out for bees in the hope of finding my first Ashy Mining Bee, but only found a handful of species, including Orange-tailed Mining Bee. We also saw a couple of False Puffballs (Entiridium lycoperdon), slime moulds that form whitish half-spheres on tree trunks. Judging from social media it is having a good year. On our way back Cathy noticed a Treecreeper on a tree trunk close to the path, which showed very well. 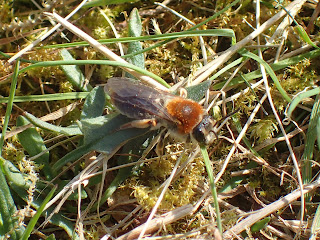 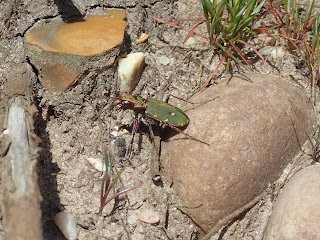 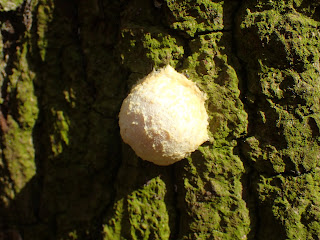 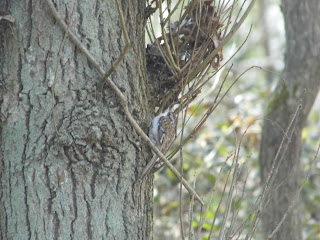