The March WeBS count was rather uneventful, an exodus of ducks left around 100 Tufted Ducks, 4 Gadwall and 2 Pochard (numbers picked up later in the month, and a few Shovelers were seen the other side of the river at Thorpe on the same weekend). I delighted in prolonged views of a Jay in the wooded area near the Little Broad, and a hybrid Canada x Greylag Goose was on the Great Broad. 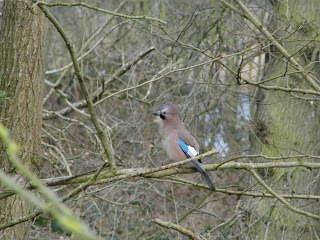 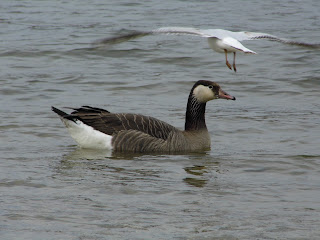 Having not visited the woods so far this year I had a quick walk in the nearest bit, hearing Treecreeper, Marsh Tit and Bullfinch for the first time this year. Spurge Laurel was in flower near the car park watchpoint. The most interesting point of the visit was a gall on Lesser Celandine. It didn't look like a rust so I examined it further, and as I suspected it turned out to be caused by a smut fungus, Urocystis ficariae. What I didn't realise at the time was that this is acutally quite a scarce species, and it appears to be new to Norfolk which is nice. 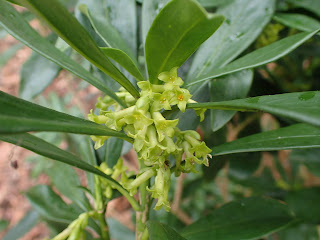 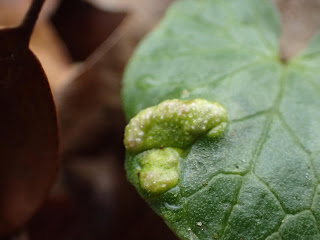 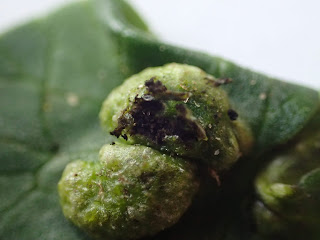 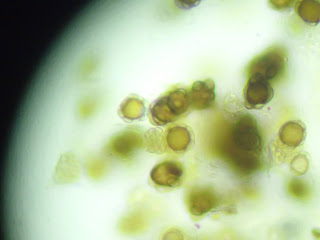