I know the likelihood is that the bird is an escape, but given the large population in France (see Yésou, P. &  Clergeau, P. 2005 Sacred Ibis: a new invasive species in Europe. Birding World 18 (12): 517-526), has anyone submitted details of this bird to the BBRC, just for the craic? So far no species have been accepted into category C5 (vagrant species from introduced populations). Is there an understanding (either overt or covert) that a ringing recovery would be necessary for a first acceptable record, or could it be that any species widely held in captivity simply isn't submitted as it would be seen as a waste of time? Any information or thoughts are welcome via the comments below. 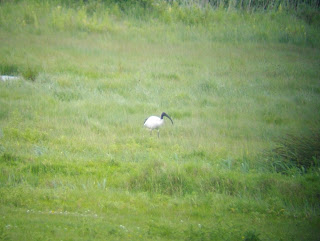 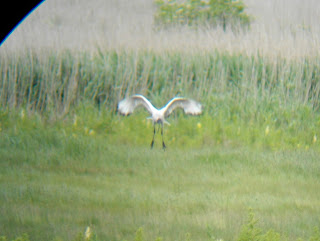 Distinguishing feature 2 - vertical take-off (note the bill is still weighing it down!)
Posted by James Emerson