This week had seen a small influx of early migrant birds to Norfolk, so I headed down to Whitlingham in the hope of breaking my earliest patch record for Willow Warbler or Sand Martin. The weather was overcast with a few showers, but this can be handy for 'dropping' migrants, so I didn't resent the rain. On the Little Broad ten drake Shoveler were still present, along with a dwindling number of Gadwall. There was no sign of last weeks Egyptian goslings, which doesn't bode well for them. The most interesting bird on the Great Broad was a hybrid Canada x Greylag Goose near the main island. 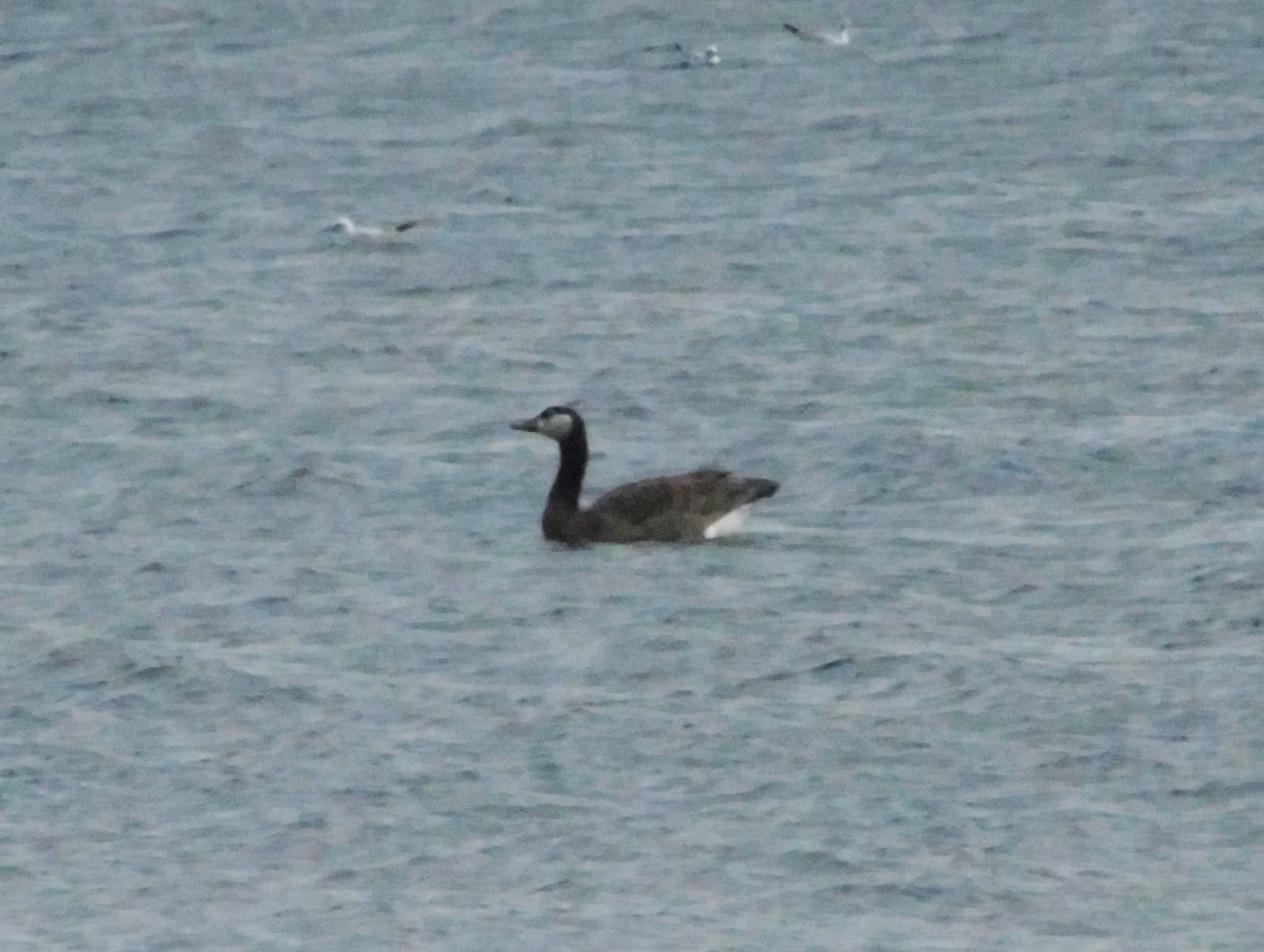 With no migrants other than the now widespread Chiffchaffs, I headed further along into the woods. On my way along a woman stopped to tell me she had just seen a Hedgehog walking across the road ahead, but it had gone by the time I got there (I have only seen a squashed one here). There was plenty of birdsong, including a drumming Great Spotted Woodpecker, two Nuthatches, Song Thrush and lots of Wrens. The woods were carpeted with Dog's Mercury, Moschatel and Early Dog's Violet were also in flower. 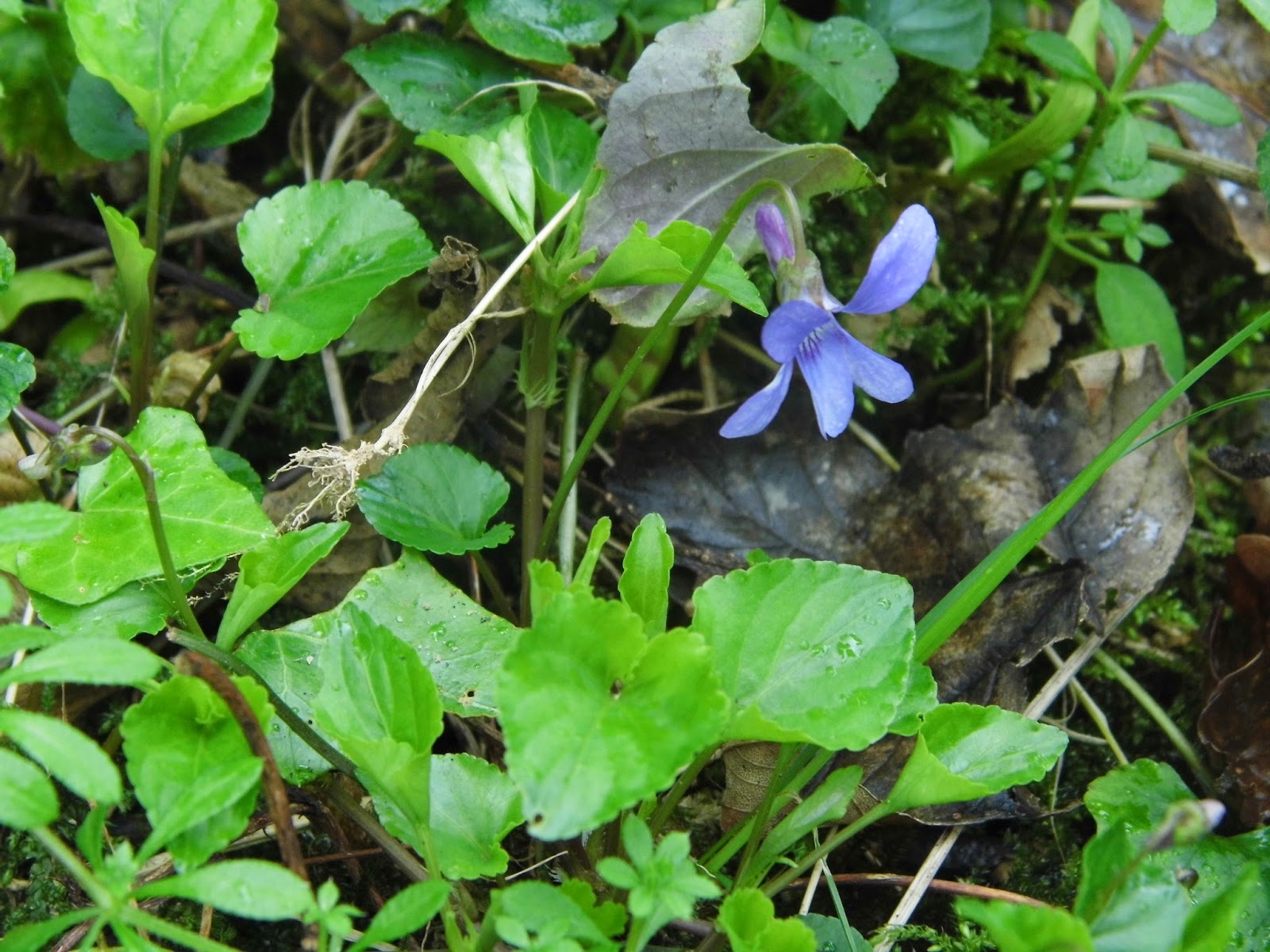 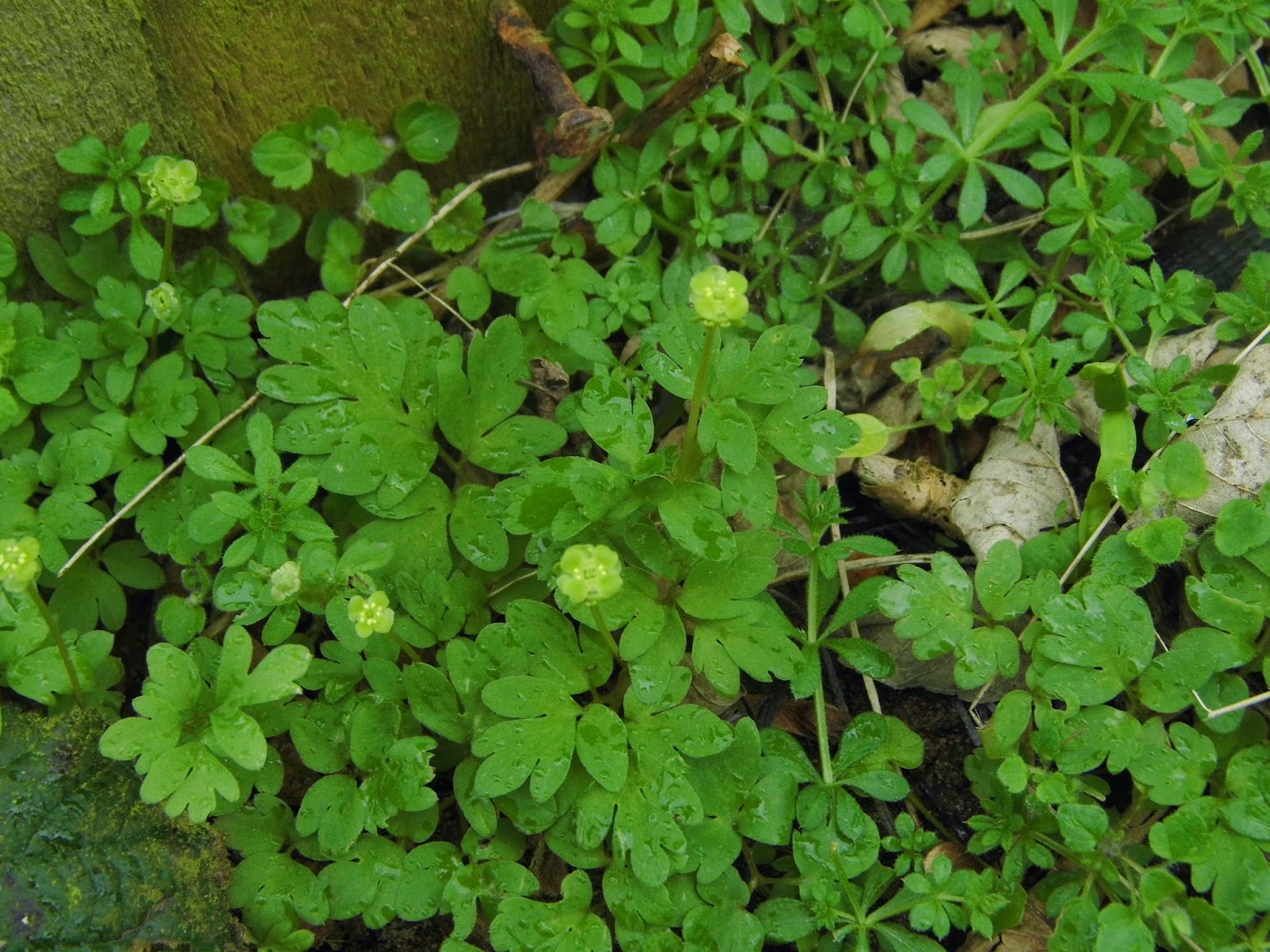 Having asked for sites for Hard Shield Fern, a species I have never (knowingly) seen, I was told of several places, including Whitlingham Wood. Jeremy had kindly told me that there was a record from the woods in 2011, so I paid particular attention to the clumps of ferns, most of which are Male Fern. I had almost completed a circuit of the woods, not hearing any migrants along telegraph pole alley, when I noticed a different fern near the top of the steep steps. A closer look revealed it as my target species, Hard Shield Fern. I know I've looked at that clump of ferns before, but just never realised what it was! 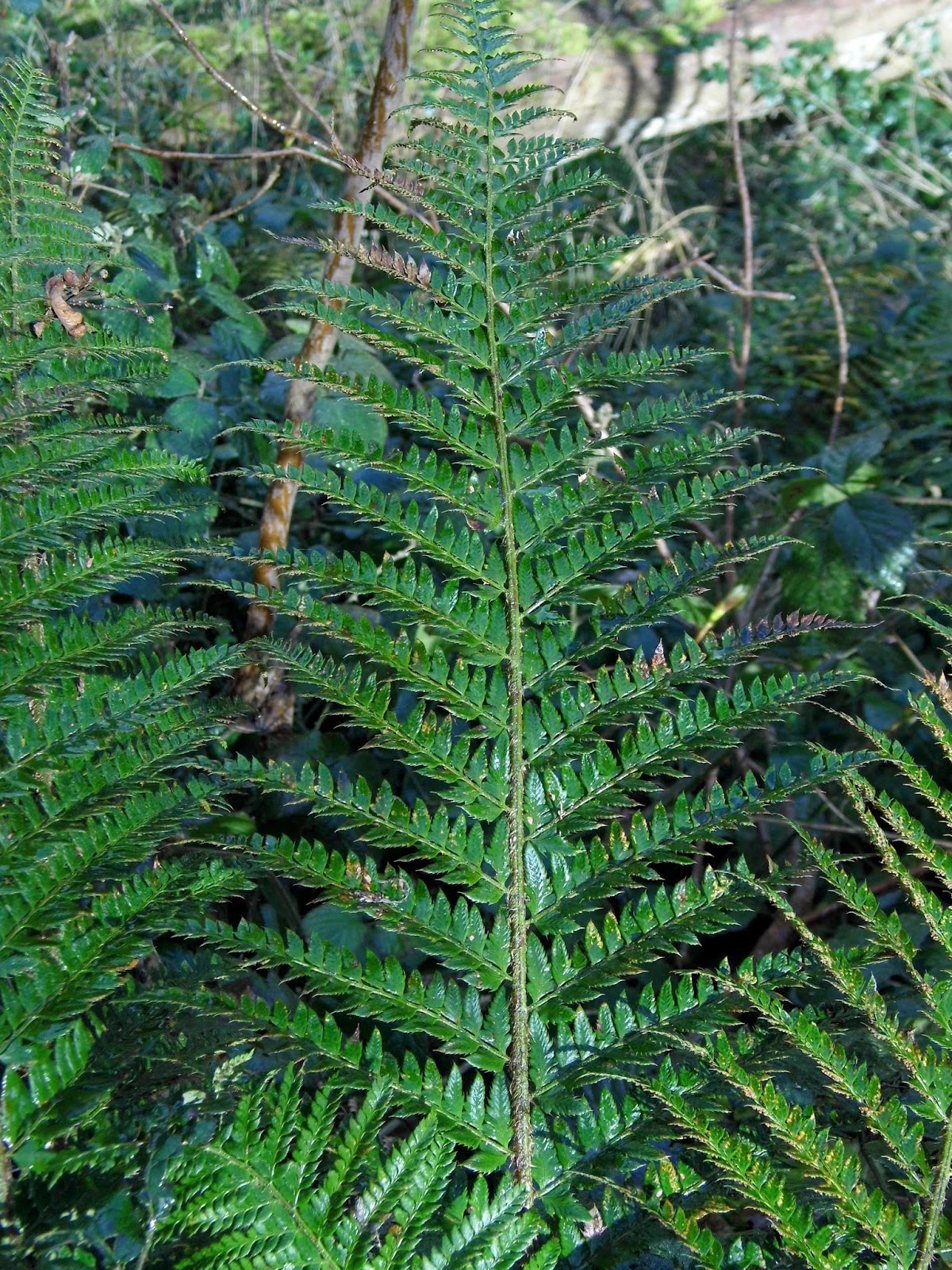 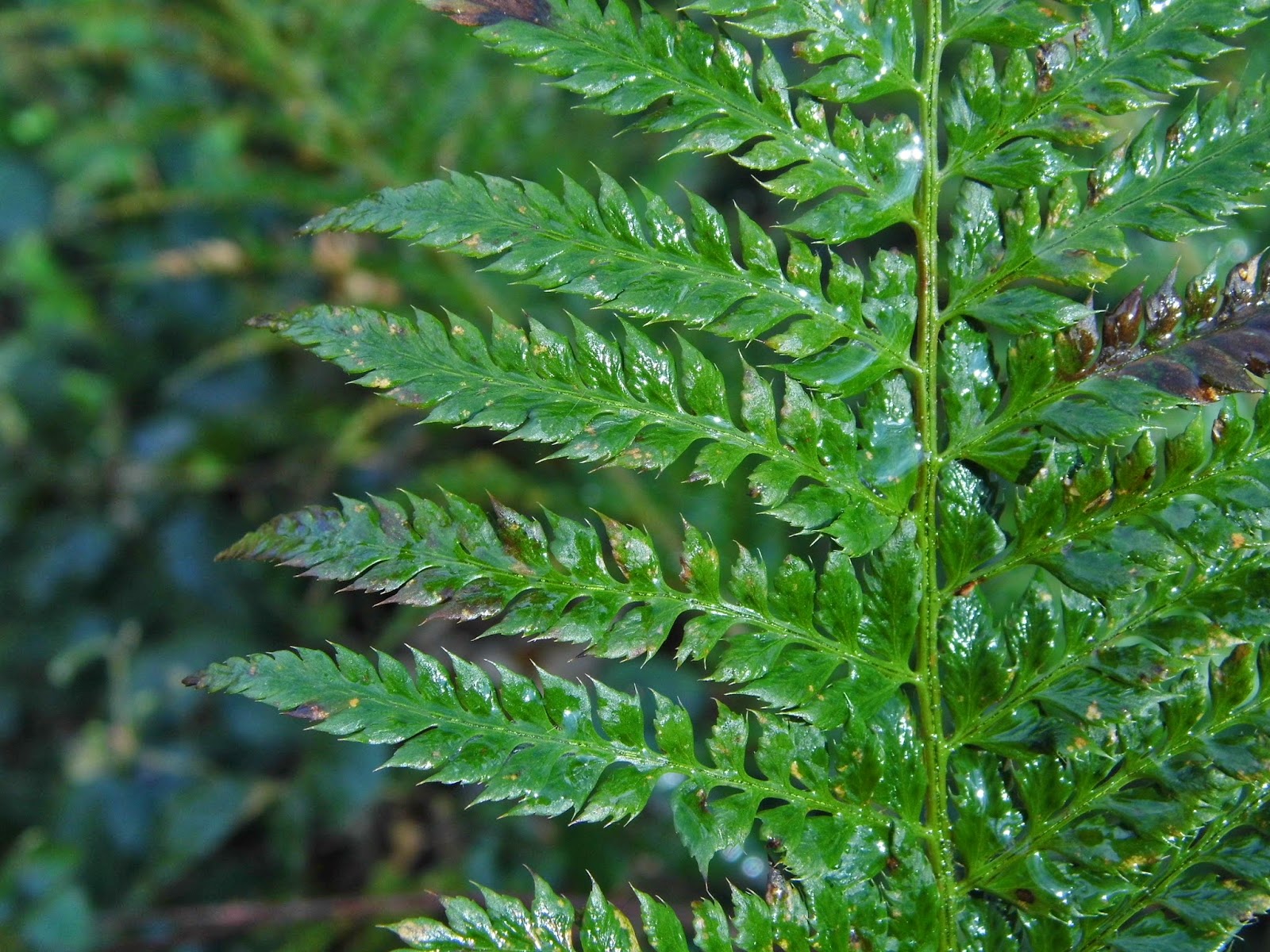