A bright sunny morning for today's WeBS count, with the attendant increase in visitors. The Little Broad held three Little Grebes, 11 Shoveler (a good count for March) and 45 Gadwall. A Chiffchaff called intermittently, the first of four around the site. Coltsfoot and Lesser Celandines were flowering in several places, whilst several Small Tortoiseshells and Peacocks were seen flying in search of more flowers. 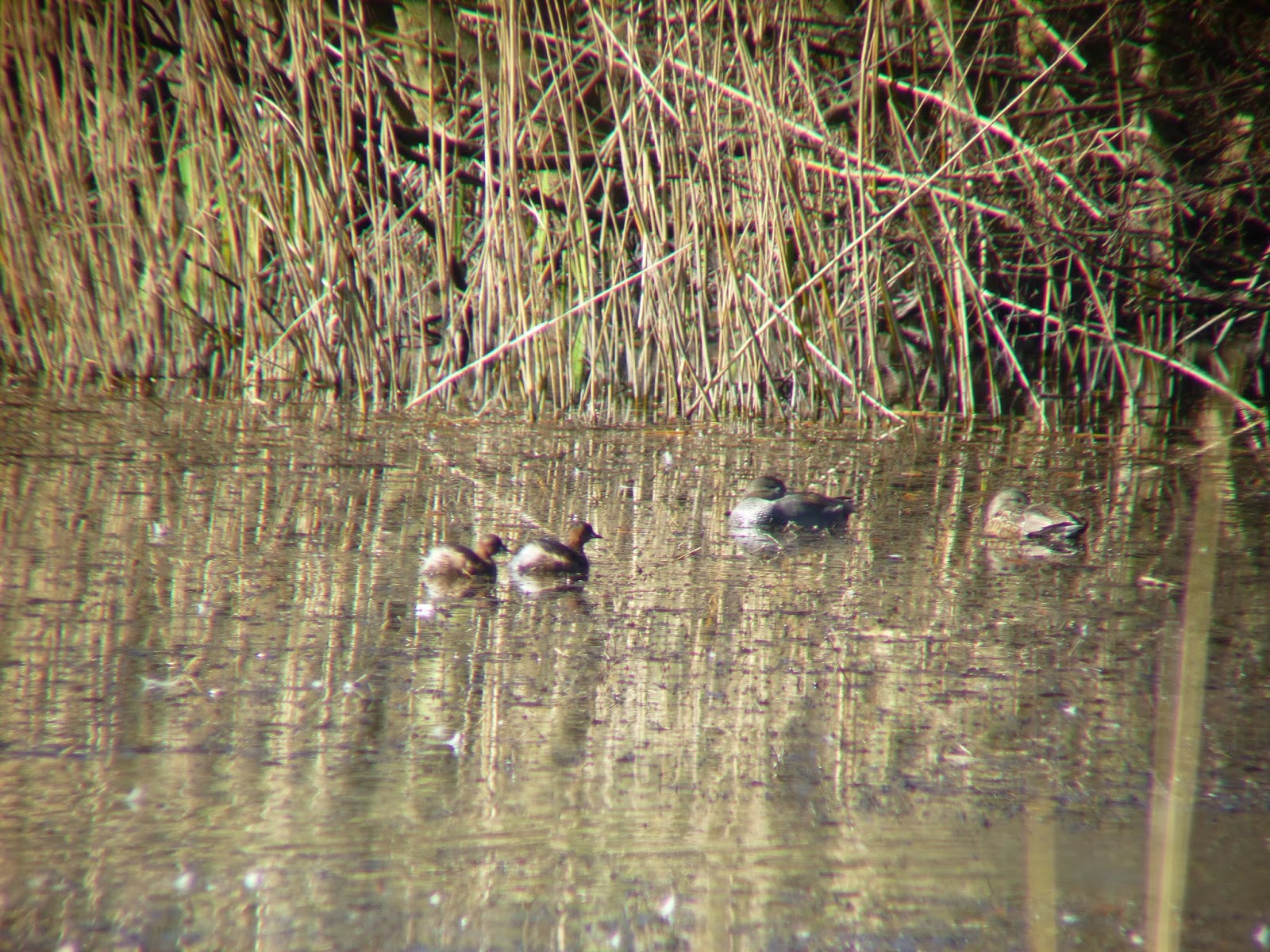 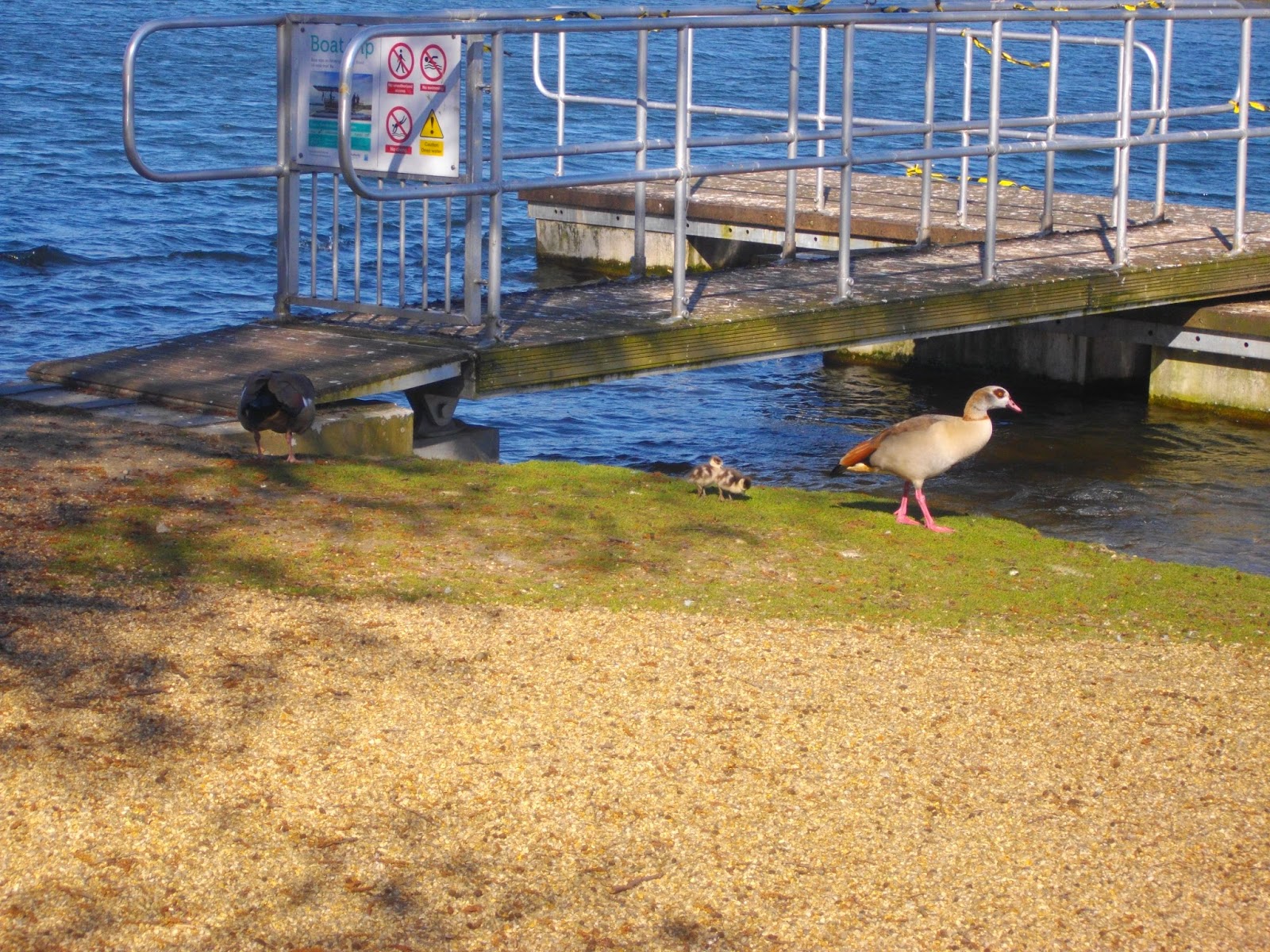 Egyptian Geese
Along the shore of the Great Broad two small Egyptian goslings accompanied their parents along the slipway. Overhead some Redwings called unseen. A day-flying moth flew past me, and I managed to track it down a path, where I confirmed that it was an Orange Underwing, my first here. I also managed to find a couple of interesting fungi, Winter Polypore (Polyporus brumalis) and what may be Wrinkled Fieldcap (Agrocybe rivulosa). 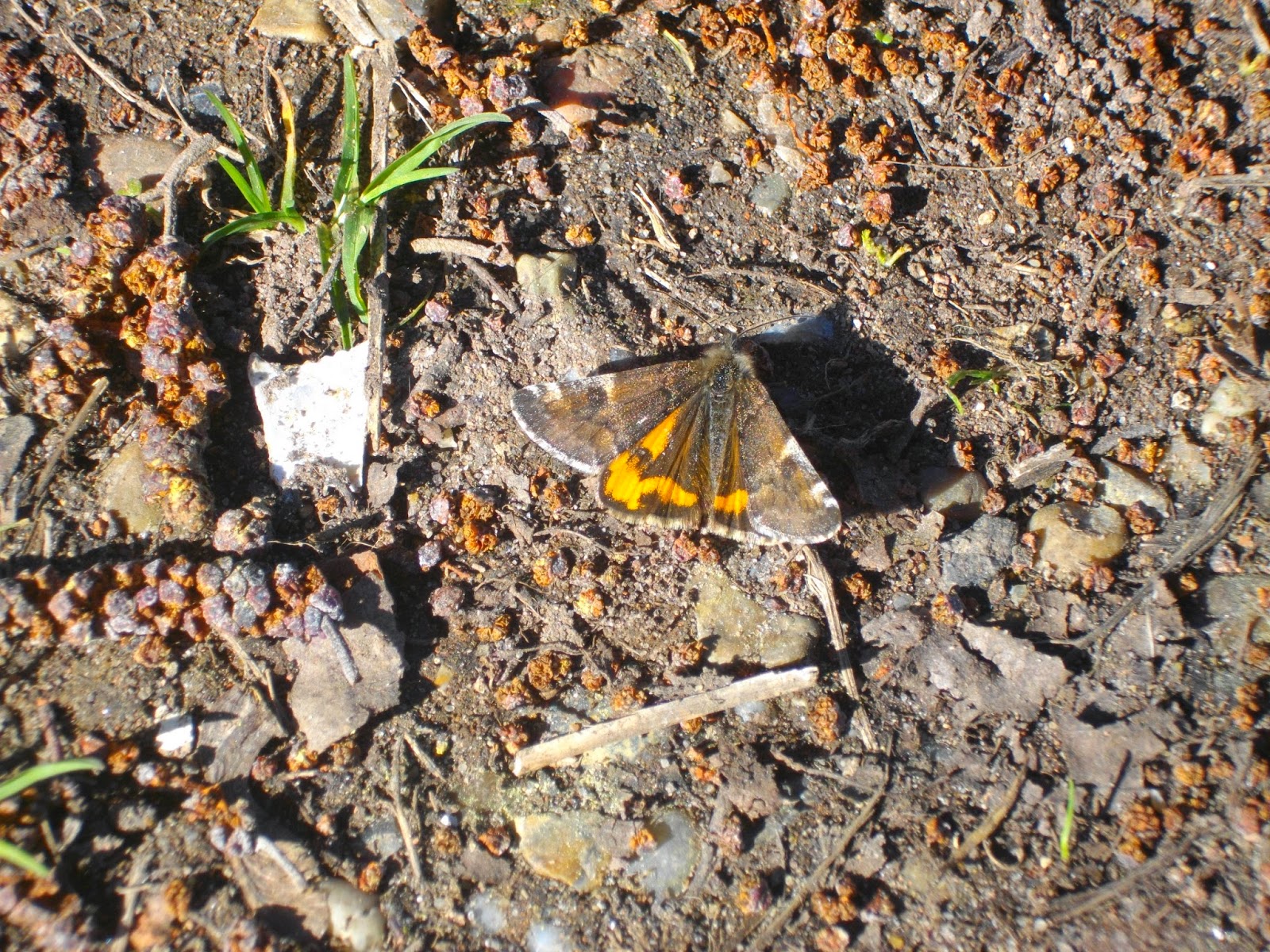 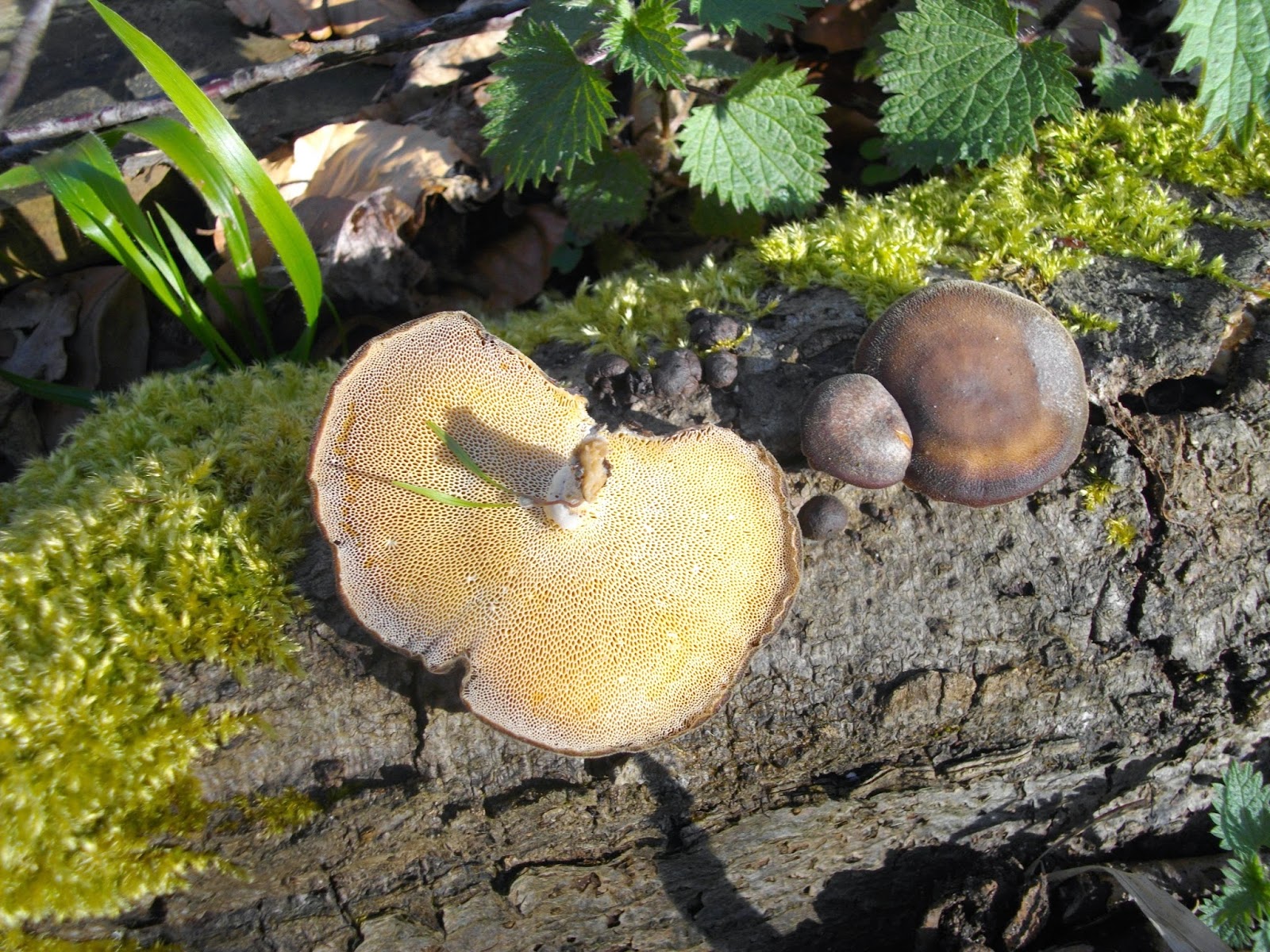 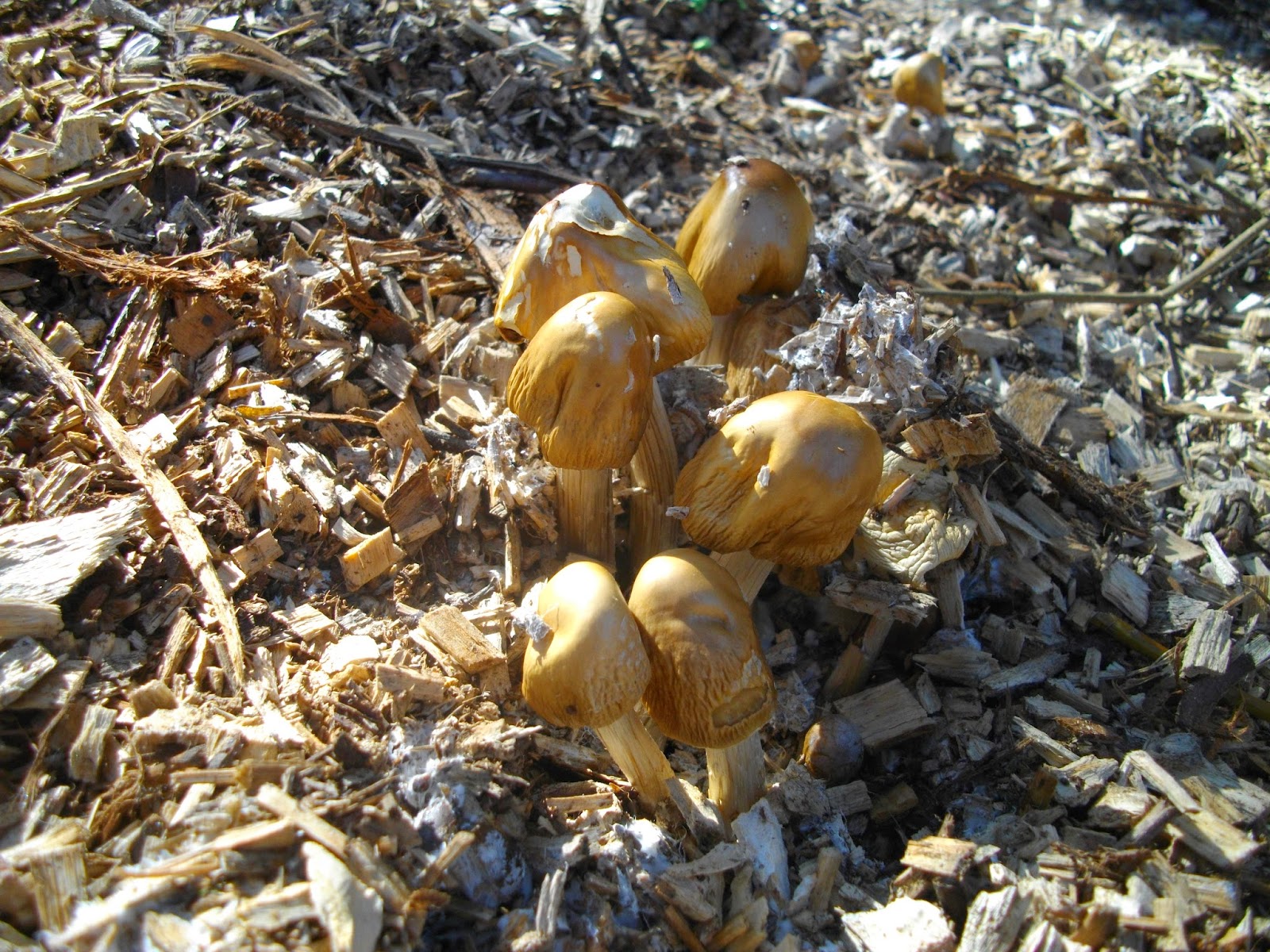