On Saturday I went to Lynford Arboretum with Jim and Connor to have a look for the Two-barred Crossbills which have shot back to prominence in the last week or so. On our way there I saw my first Brimstone butterflies of the year, and there were loads of them at the Arboretum, along with a couple of Commas. Upon our arrival a Common Crossbill was in trees near the car park.

Crossing the road and and walking up the main track we heard a probable Two-barred Crossbill contact call, but couldn't find the bird itself. Walking further in we heard at least four singing Firecrests, all deep in cover, but with no sign of any more Crossbills we returned to some puddles near the entrance in the hope of seeing one coming to drink. After a short while a birder stood with us saw a Crossbill fly into a small tree nearby. It was mostly obscured by branches, but Connor noticed it had two clear wingbars. It turned side on and flew down to drink, showing the first wingbar to be large, but the second slightly less so. It looked like a 1st-winter bird, but was it a Two-barred Crossbill, or the debated look-a-like? We thought it was probably OK, but hoped it wouldn't be our only sighting. 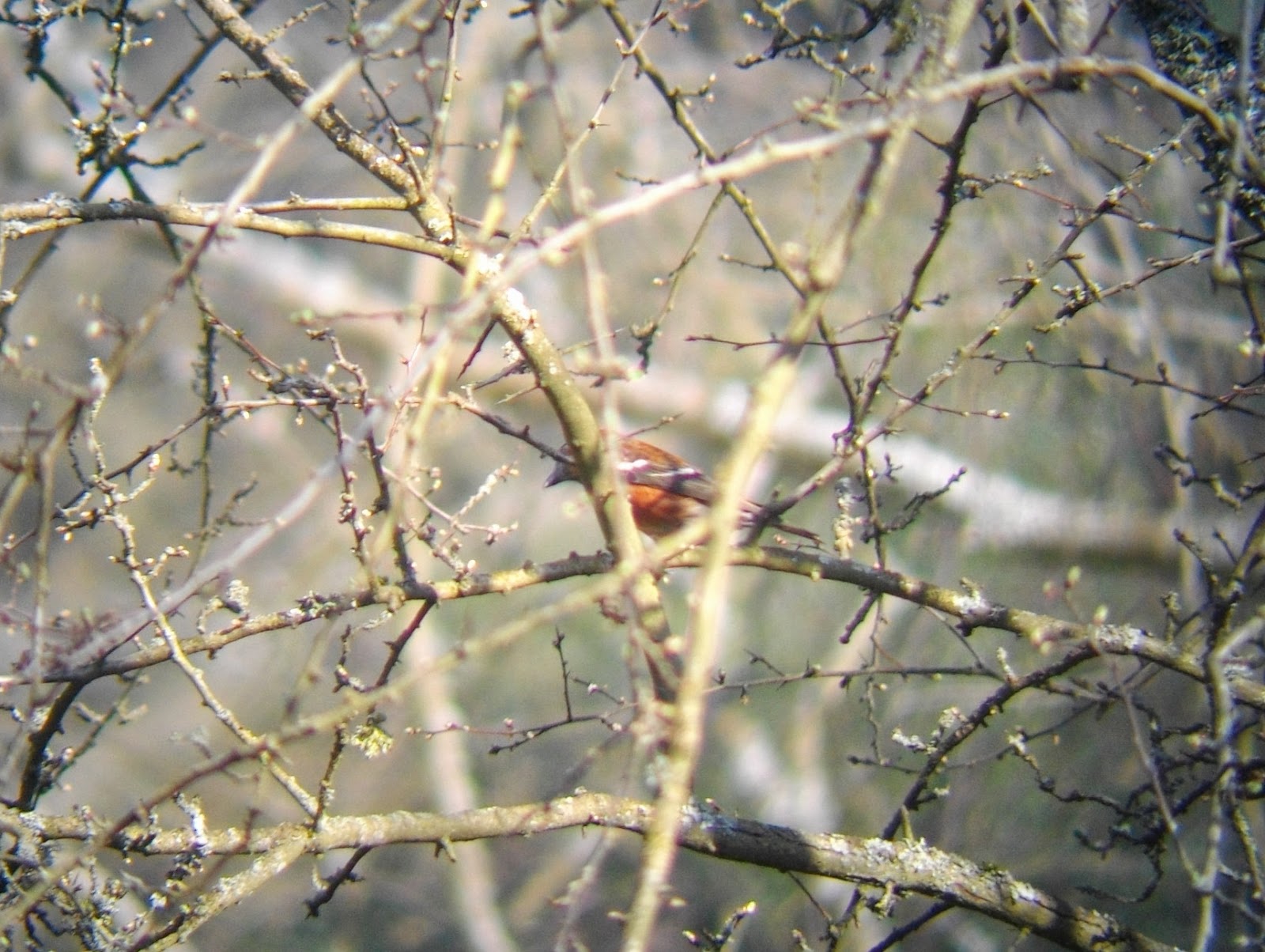 The Crossbill soon flew off, but we waited for a while near the gate hoping for it to return. Nearby Nuthatches and Siskin called constantly, and we were treated to a excellent display by a Goldcrest, raising its crown and singing at an interloping bird. Whilst Jim & I were watching the puddles Connor had gone looking for Firecrest. A phone call informed us that instead he had found a Hawfinch, so we hurried along to have a look. When we got there it was still visible near the top of a tall tree, but when it flew out we saw there were actually two!

We looped round through the Arboretum, before deciding to give the puddles one last look. It was whilst standing here that Connor & I both heard a Two-barred Crossbill call, and we picked it up in one of the larches. We called Jim and a small group of birders over, and managed excellent views of a male Two-barred Crossbill. With all eyes focussed on the tree, a female was found on a branch on the other side of the trunk, and finally another male. Just before we left they all moved onto the same branch, with all three in the same 'scope view. An excellent afternoons birding, thanks to Jim & Connor for the lift and company. 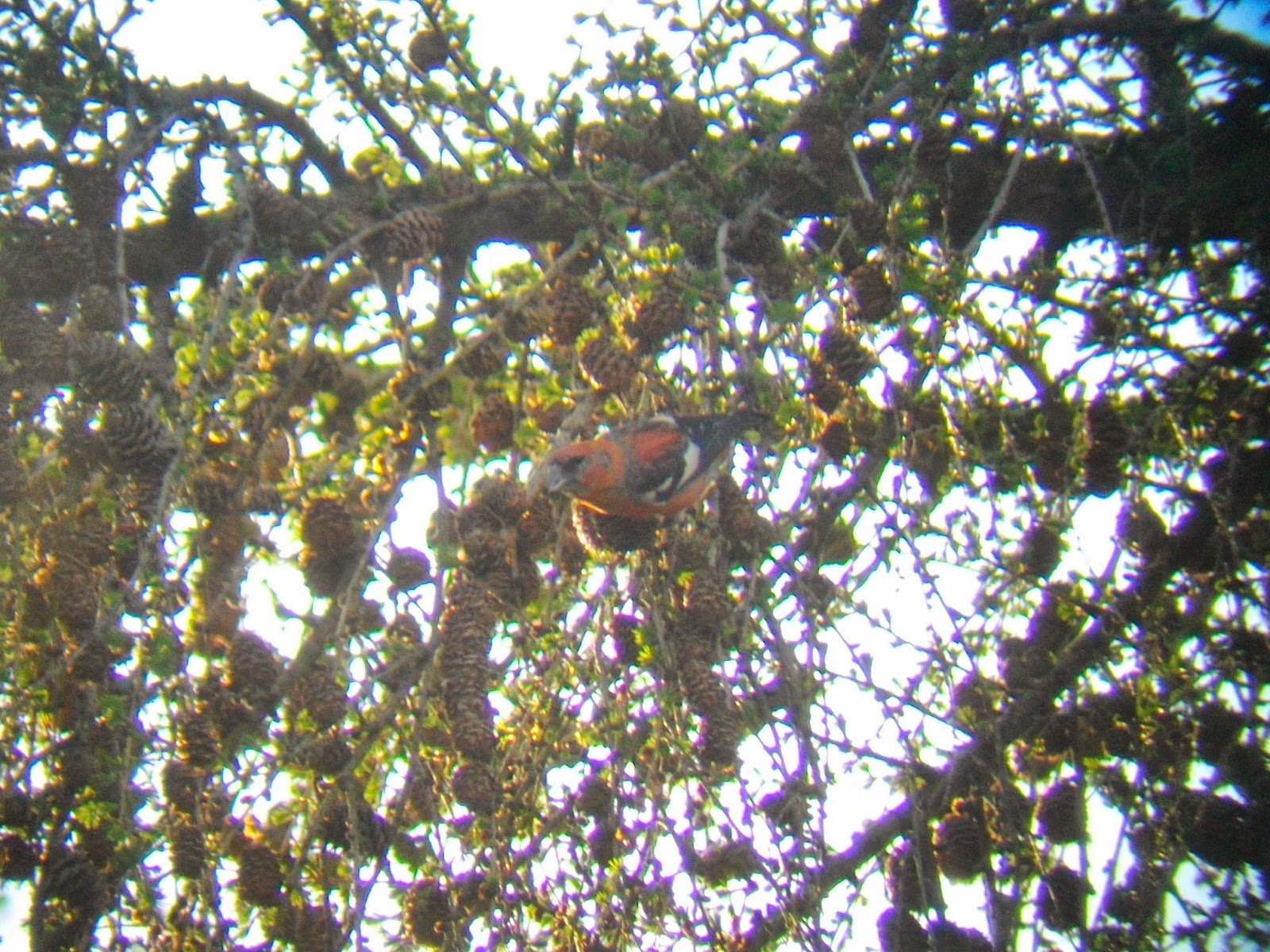 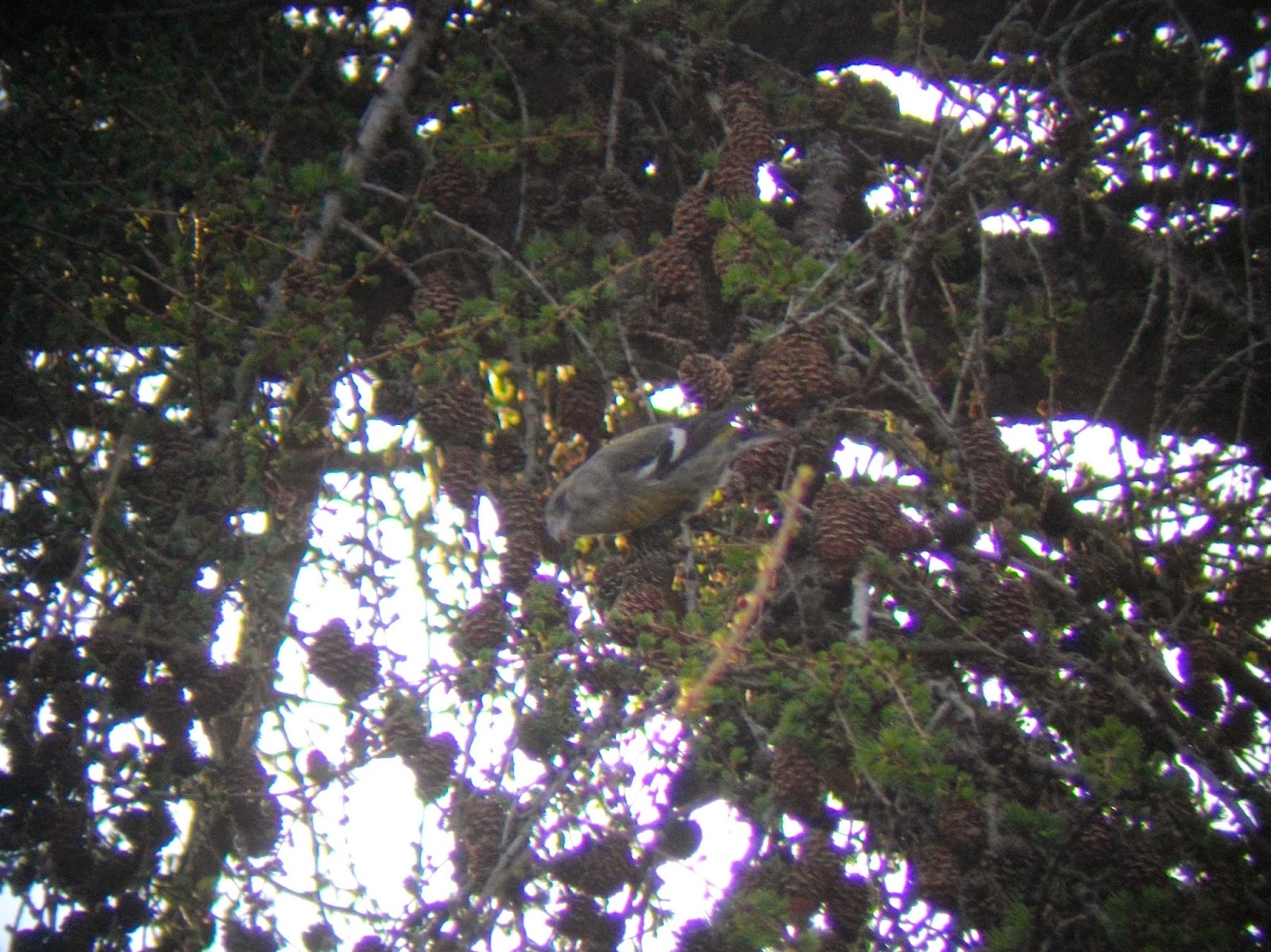