Since moving house in the autumn Thorpe Marsh is further to walk, so it had been a while since I last visited. I had heard that a couple of Jack Snipe had been seen there in the week, so I headed down more in hope than expectation. As I crossed the railway line a Song Thrush was singing, an embarrassing patch year tick. Further along the path a couple of Reed Buntings were also singing, another year tick. As I reached the cattle pound I noticed a Little Egret amongst the rushes. I took some photos (this was the first time I've seen one here for any length of time, and only my third patch record). I eventually turned my attention to the scrape, scanning from different angles but not seeing any Jack Snipe. 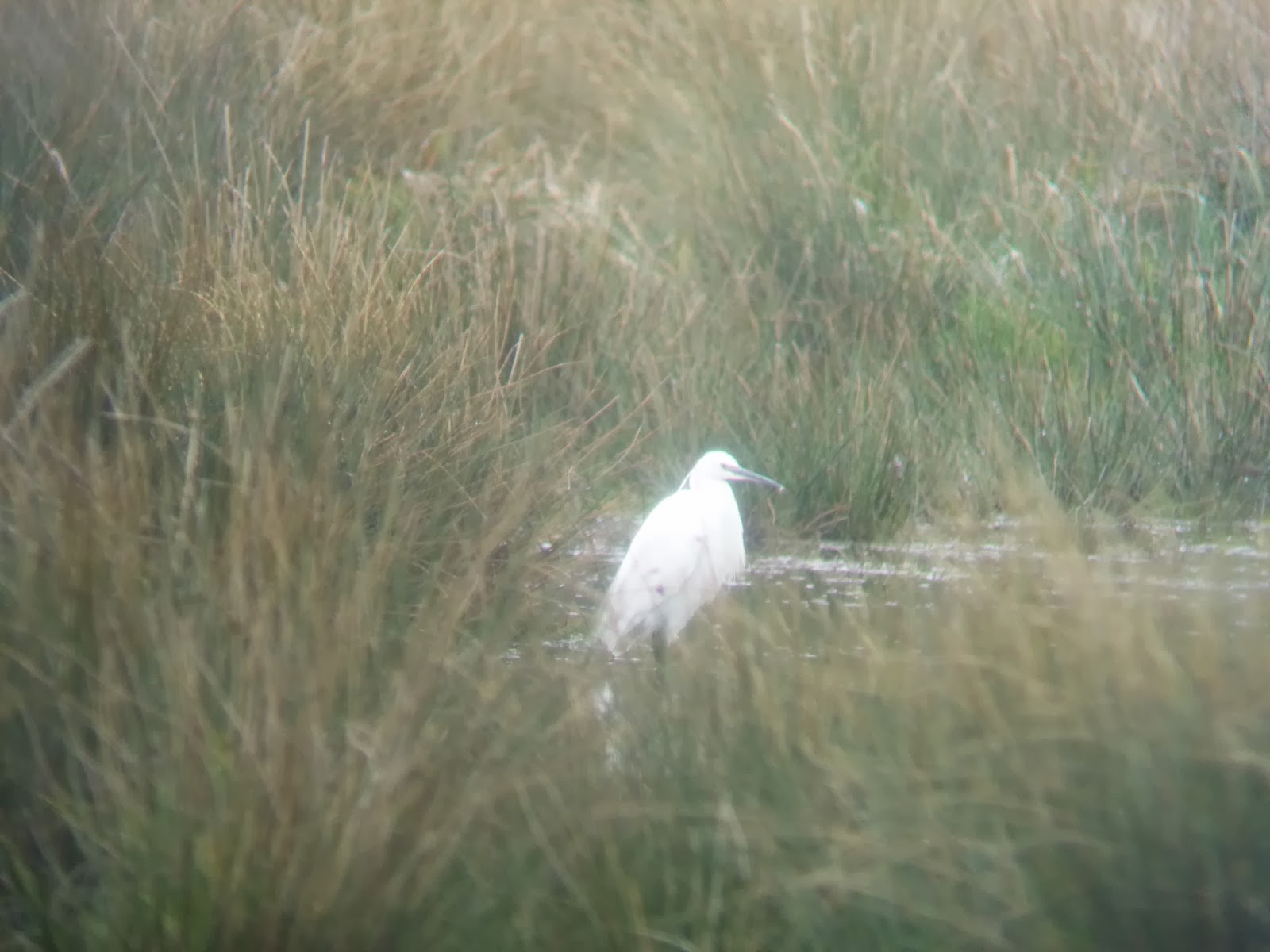 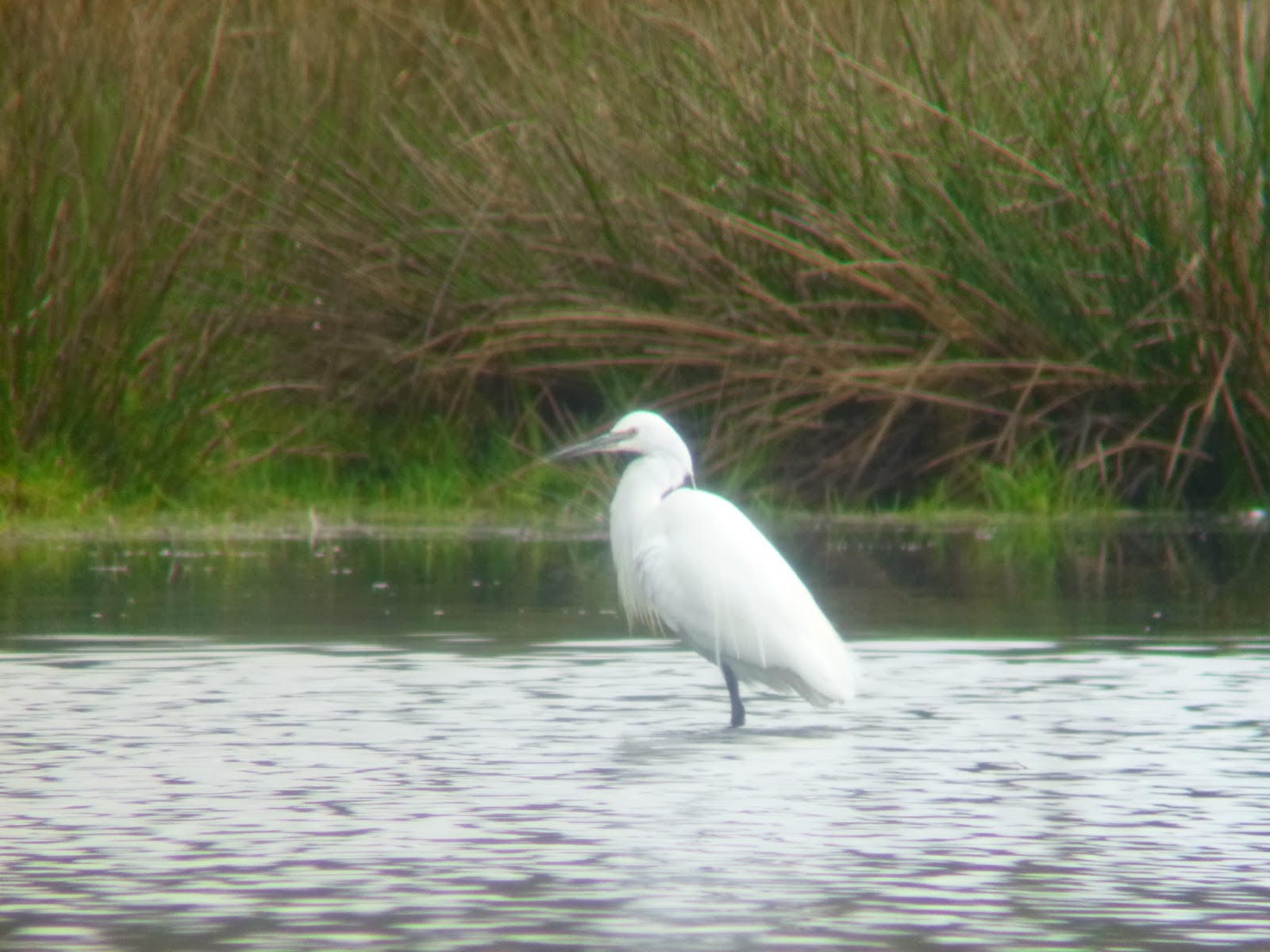 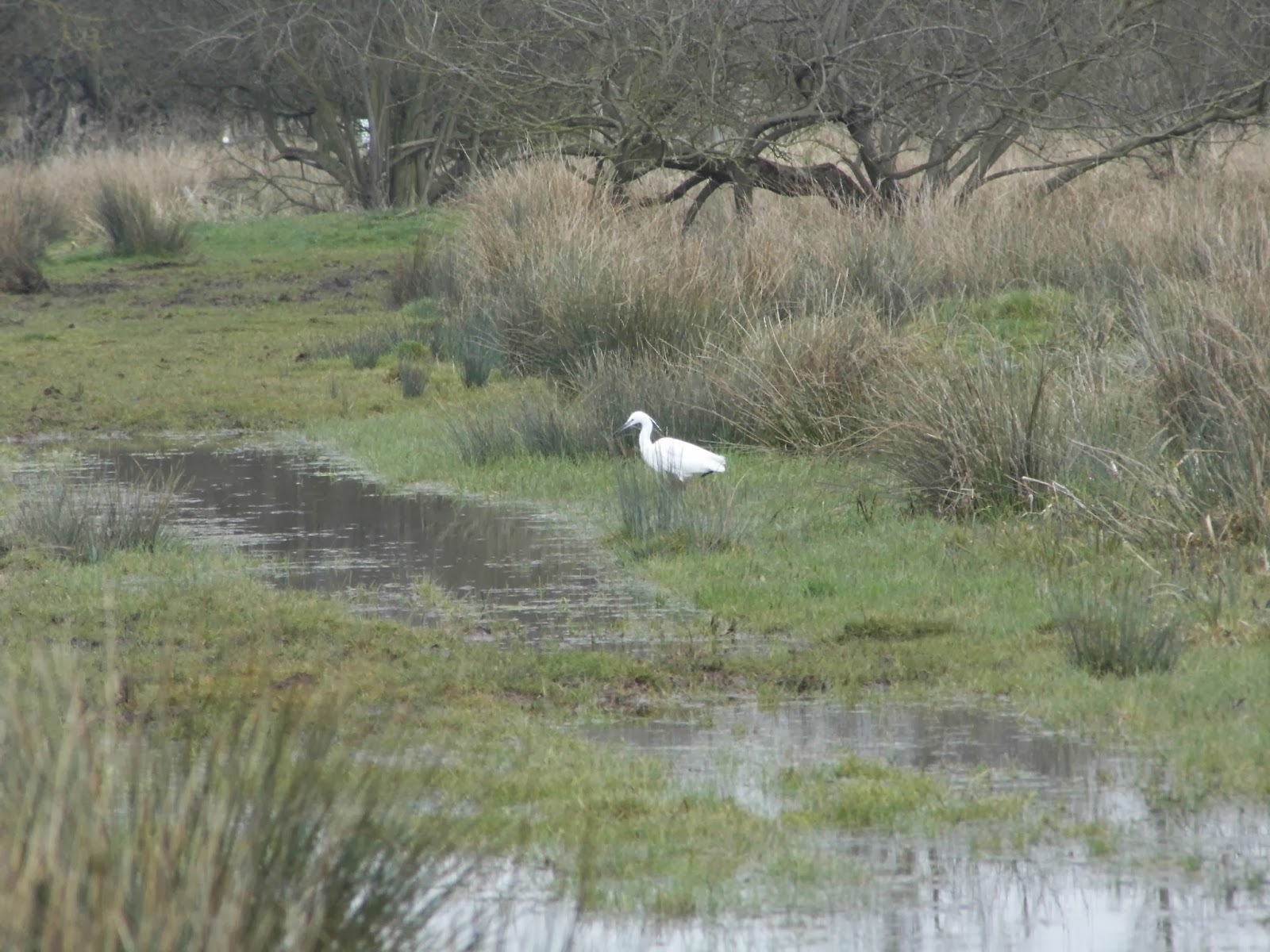 As I went to move off the Little Egret flew into the middle of the flooded scrape, showing even better than it had before. Eventually it flew off, but only to relocate to the flooded path across the marsh. Walking slowly round I spotted a Stock Dove flying over the woods (no sign of any on the marsh itself though), and a Meadow Pipit also flew over. I stopped to look at some fungi and heard an Oystercatcher calling as it flew in to land on the spit. I scanned through the gulls hoping that Ben's Iceland Gull would relocate from Cantley, but despite a flock of gulls flying in from the direction of the sewage works I failed to see anything other than the commonest four species. Hopefully next time I'm here the Little Ringed Plovers will be back, along with the first warblers and hirundines.
Posted by James Emerson