April can be the best month of the year for birds at Whitlingham, so after work I decided on a quick visit to look for migrants. Birdsong was muted and I didn't see anything of note along the south shore, but walking back three Swallows flew over the Great Broad, stalling and gliding in the wind. A single Shoveler and six Gadwall were visible on the Little Broad before I headed round to Whitlingham Lane.

I scanned the meadows for Wheatear, but the only species present was Jackdaw (96 of them!). Before leaving I scanned the dead tree on the off chance that a Little Owl had taken up residence, only to have a Red Kite fly through my field of view! I tracked it along the trees before it emerged and soared over Whitlingham Lane. This was only my second sighting here, and much better views than the first one which had been much higher up. This bird has been seen regularly at Whitlingham and Trowse over the past couple of weeks, so hopefully one of the Norwich-based bird photographers will get some good photographs of it in the near future. Whilst scanning the skies for it to re-appear I was rewarded further with a Peregrine flying over towards the city. 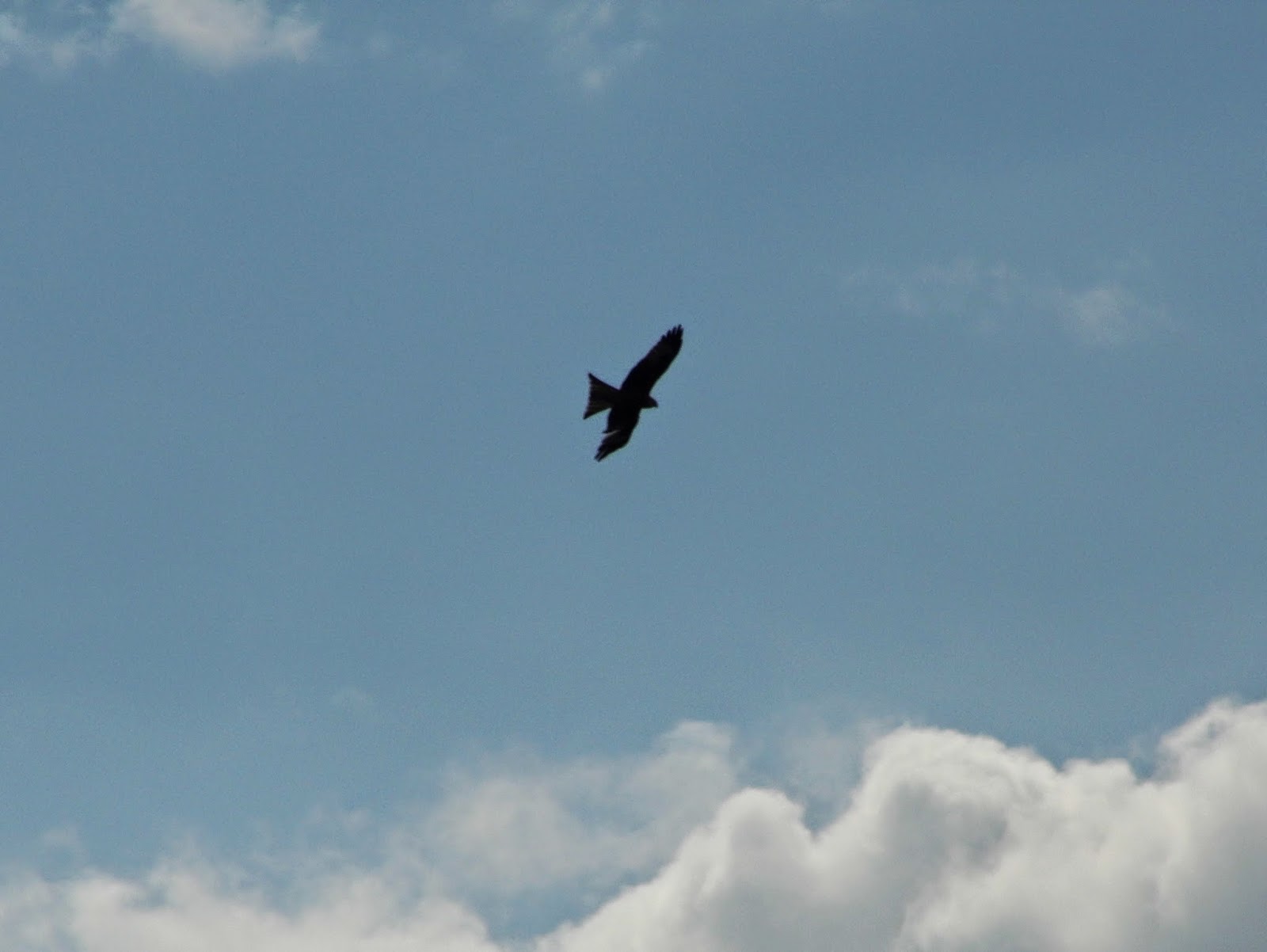