This weekend is WeBS weekend, and as on Sunday Whitlingham is hosting a road race and then Norwich play Liverpool at mid-day it seemed prudent to get the count done early. Cathy volunteered to come along and scribe for me, so despite the occasional showers we headed to Whitlingham early afternoon. We had only just left the car park when the local Red Kite flew up over the meadows, showing briefly before vanishing behind the tree-line. The Little Broad held little wildfowl, the pick of the bunch being 5 Gadwall and a Mute Swan on a nest.

Walking along the south shore of the Great Broad we caught up with a large flock (c150) of hirundines. Most of the birds were Swallows, with a smattering of House Martins and a couple of Sand Martins. On the broad a female Pochard and a Kingfisher were along the north shore, and I was counting the Tufted Ducks (30) when I found a drake Goosander! Particularly satisfying given that it's mid-April and I haven't seen one here for a couple of years. It was distant, initially along the north shore east of the island before relocating to the bay when the electric boat went past. Further along we found a single Whitethroat along with several Willow Warblers and Blackcaps. Broods of six Egyptian Geese and 12 Greylag Geese were on the broad, and we also saw a Great-crested Grebe on a nest nearby. 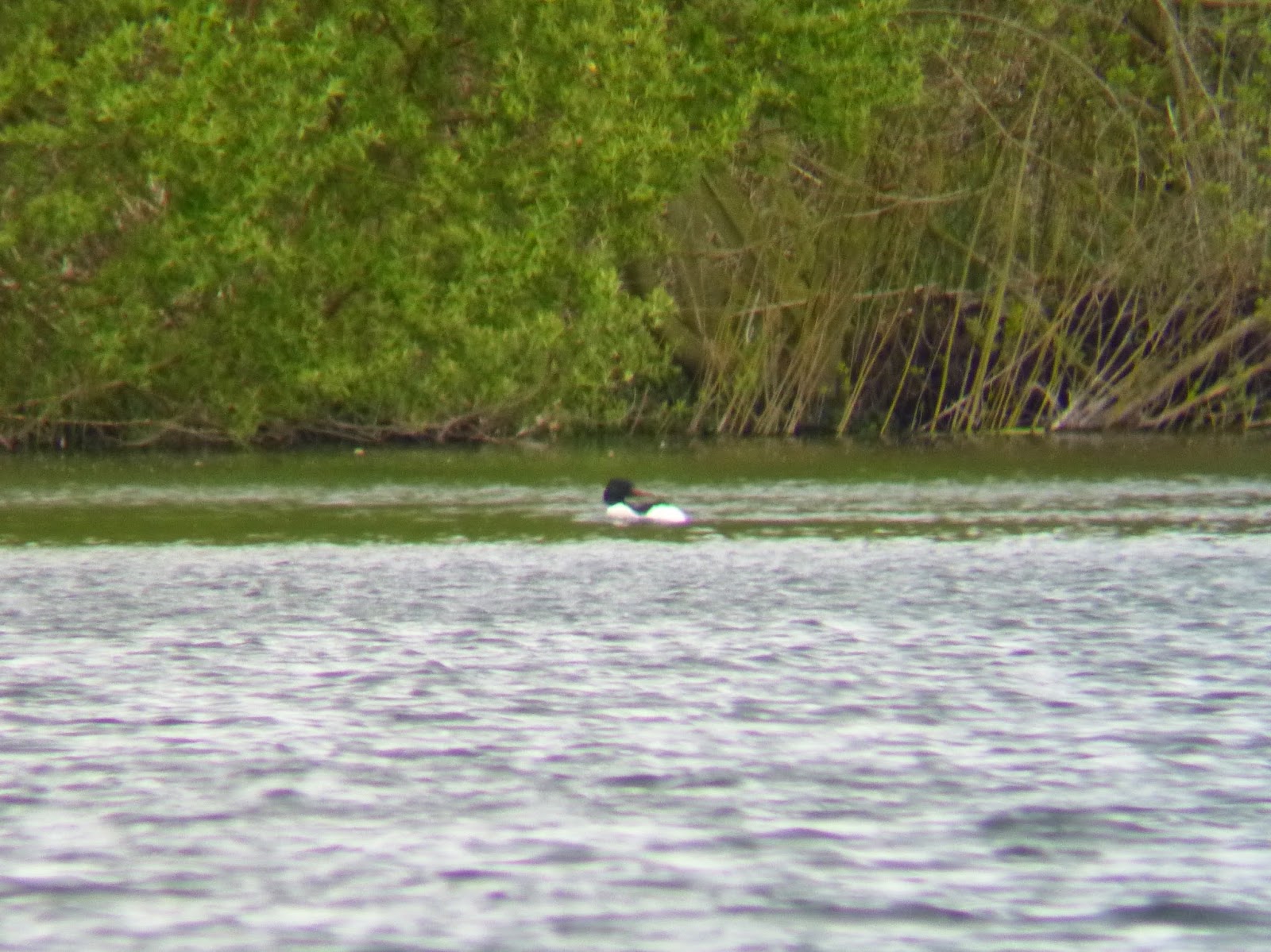 
Thorpe was rather quiet except for a Grey Heron and three Great-crested Grebes. On our way back there was no sign of the Goosander in the conservation area bay. I did notice what I initially thought was a micro moth resting on a willow branch. A closer look suggested maybe some sort of chrysalis. In fact I am indebted to Tony Irwin and David Notton for telling me what it actually is. Rather gruesomely it is a caterpillar that has been mummified by a parisitoid Braconid wasp. David believes it is probably from the genus Aleiodes. 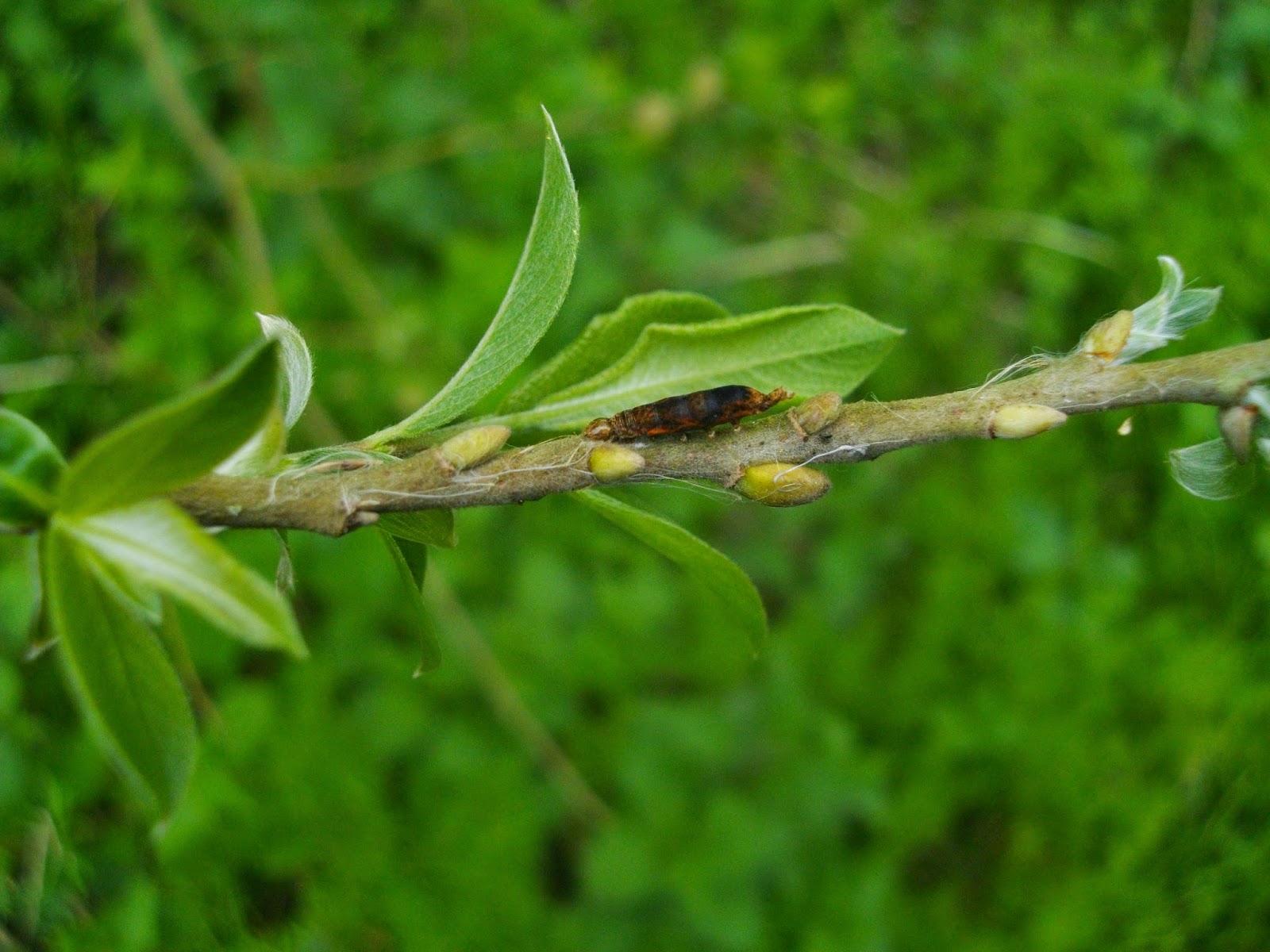