Early in the morning I received a text to say that a possible Lesser Scaup had been seen on Colney GPs*1 but it had flown off. I assumed that this was the bird reported the previous day as a Greater Scaup*2. As the observer who reported the bird as a possible Lesser Scaup is a well respected county birder, I decided to keep an eye on my phone and go down and have a look if I got the chance. A look at my twitter feed revealed a photo from Wednesday's bird. Unfortunately as the photo was digibinned*3 it wasn't completely sharp and the colour of the back was washed out, however the impression was of a round-headed bird, i.e. a Greater Scaup. This was also the impression of the birders who had found it on Wednesday. When an uncropped version of the photo was posted it showed that the bird was similar or maybe slightly larger than a Tufted Duck, but perhaps on the small side for Greater Scaup. It also seemed to show very little black on the bill, which was good because it reduced the likelihood that the bird was a hybrid.

Later in the morning I noticed that the Scaup had been seen again, so I headed out to have a look for myself. I parked up at the southern park car park and walked to Chapel Break, where a small group of local birders (and later some county listers) were scanning from the gateway. The bird was showing (hooray) but very distant (boo). It was initially with a group of 30-ish Tufted Ducks, before breaking away and swimming fractionally closer and eventually out of sight. I stayed for a while after, ideally hoping to see it in flight, but with no sign of it reappearing and rain hampering visibility I headed home.

Given the distance it was difficult to draw too many conclusions. There was nothing that suggested a hybrid origin, so it would seem that the ID is a straightforward Greater/Lesser shootout. The bird looked very similar in size to the Tufted Ducks, the only real pro-Lesser feature noted. I couldn't see a bump at the back of the head, but neither would I have necessarily expected to at that range. Similarly the back looked darker than in the photo, but vermaculations weren't discernible. Likelihood is that the bird was just a small Greater Scaup, but worth checking out, and I'd like to think someone with a permit to the lakes managed to get some better photos, just to be sure. 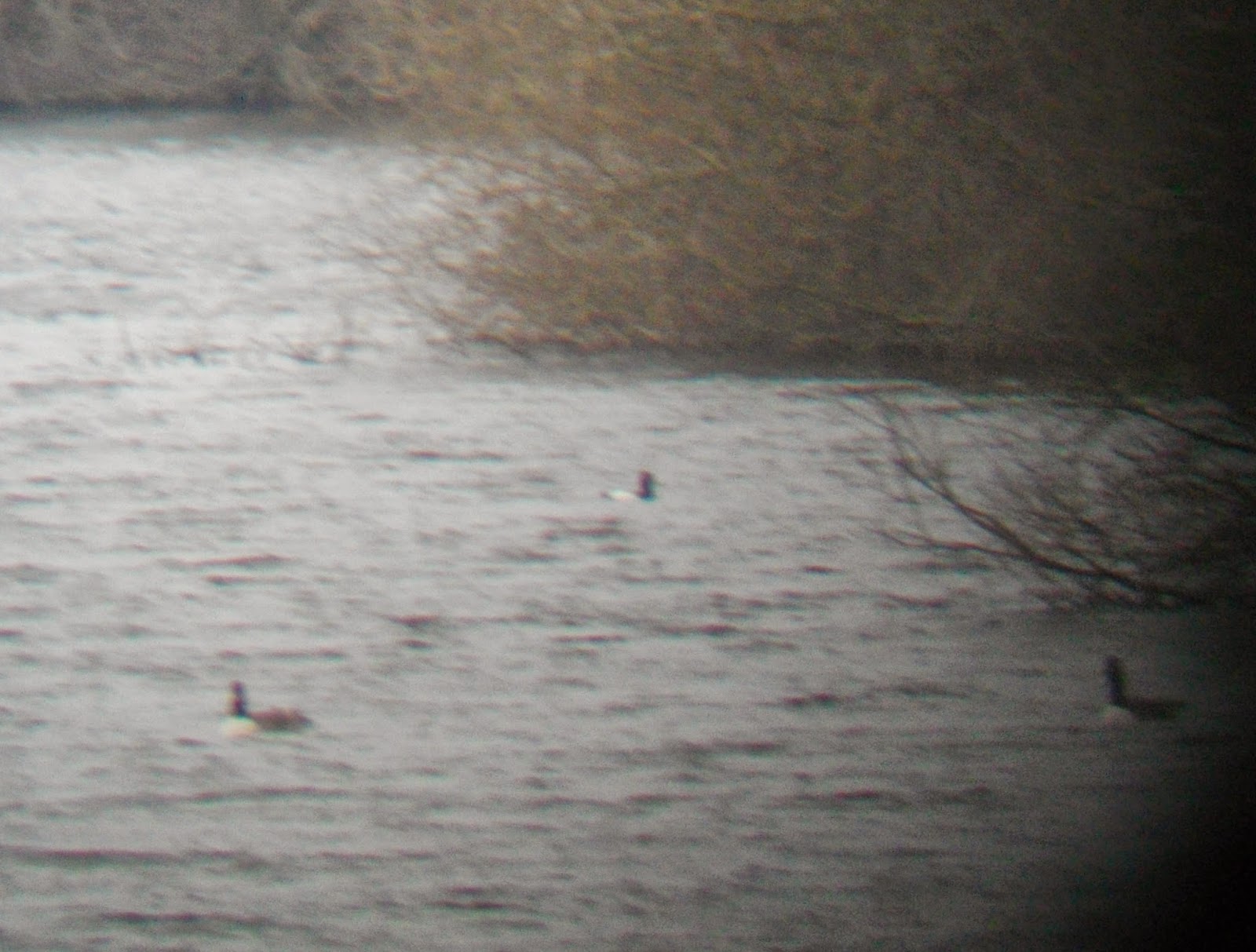