A couple of days of cold north-easterly winds had to bring in some interesting birds to Whitlingham didn't they? Well, no. In fact I still haven't seen so much as a Goldeneye so far this year, despite a scattering of Goosander and Smew elsewhere in East Anglia. The broads were partly frozen, and that did at least allow me to see a Black-headed Gull with a green leg ring. After a bit of squinting and zooming in and out I eventually read the lettering as JC16, which I have traced back to an area near Oslo, Norway. This is in keeping with the Scandinavian origin of most of the ringed gulls seen at Whitlingham. 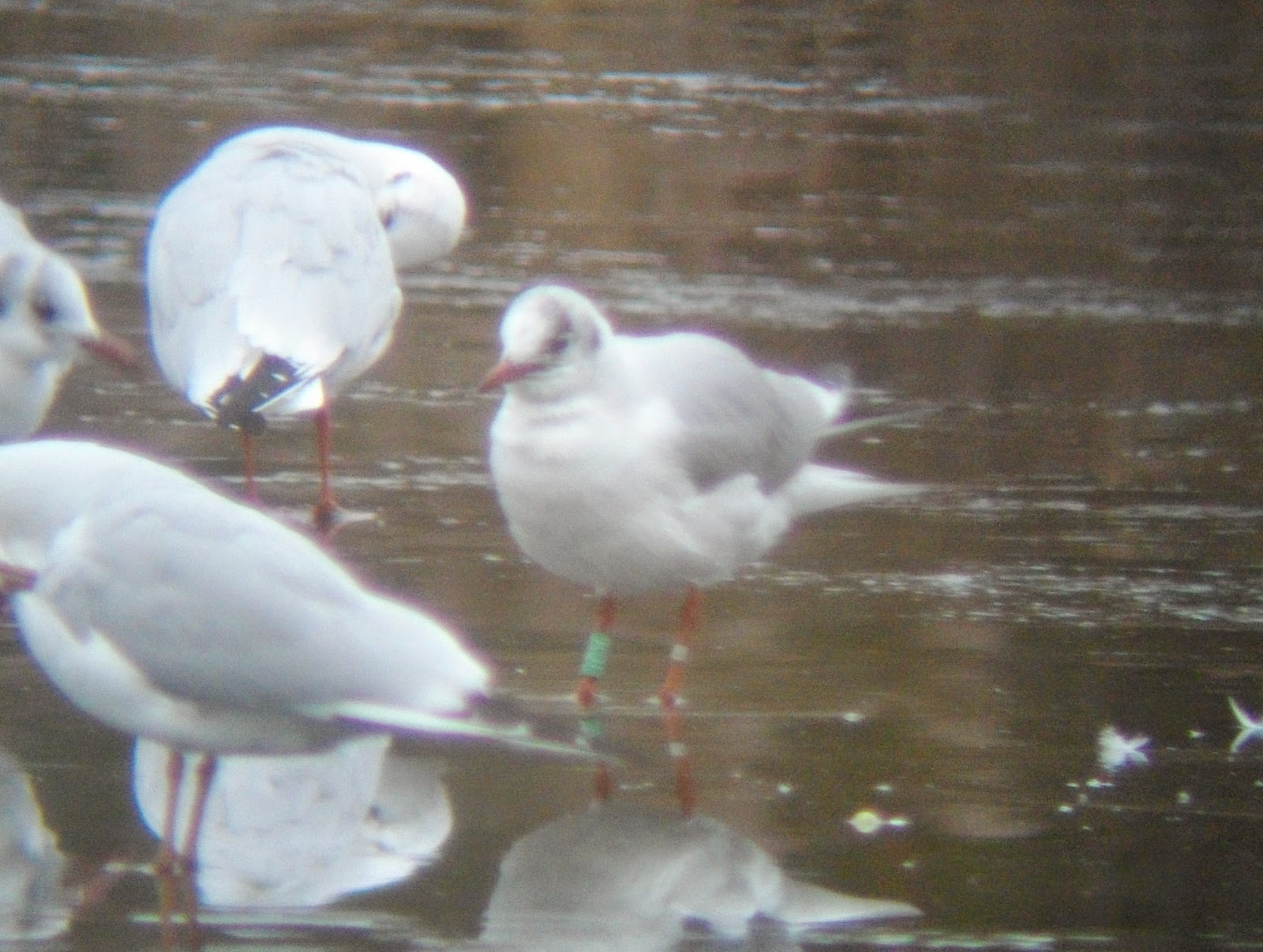 Elsewhere on the broads Gadwall and Pochard numbers had roughly halved since the January count, and Tufted Duck numbers had also declined. I was surprised to see a man fishing from a boat, initially off the slipway and then later just off the conservation area bay (rather annoyingly as it meant there were no gulls on the posts or much wildfowl near to the viewing screen). I'm not completely sure whether fishing from boats is allowed at Whitlingham - I guess it doesn't really come up that much as people don't tend to bring their own boats.

On last week's moss walk at Earlham Cemetery Michelle had told me that the Scarlet Elf Cups were fruiting, and there were also some Common Bird's Nest fungi in the woods. I went and had a quick look, seeing the elf cups but unfortunately not finding the Bird's Nests. A flock of Goldcrests showed well around the woodland watchpoint. 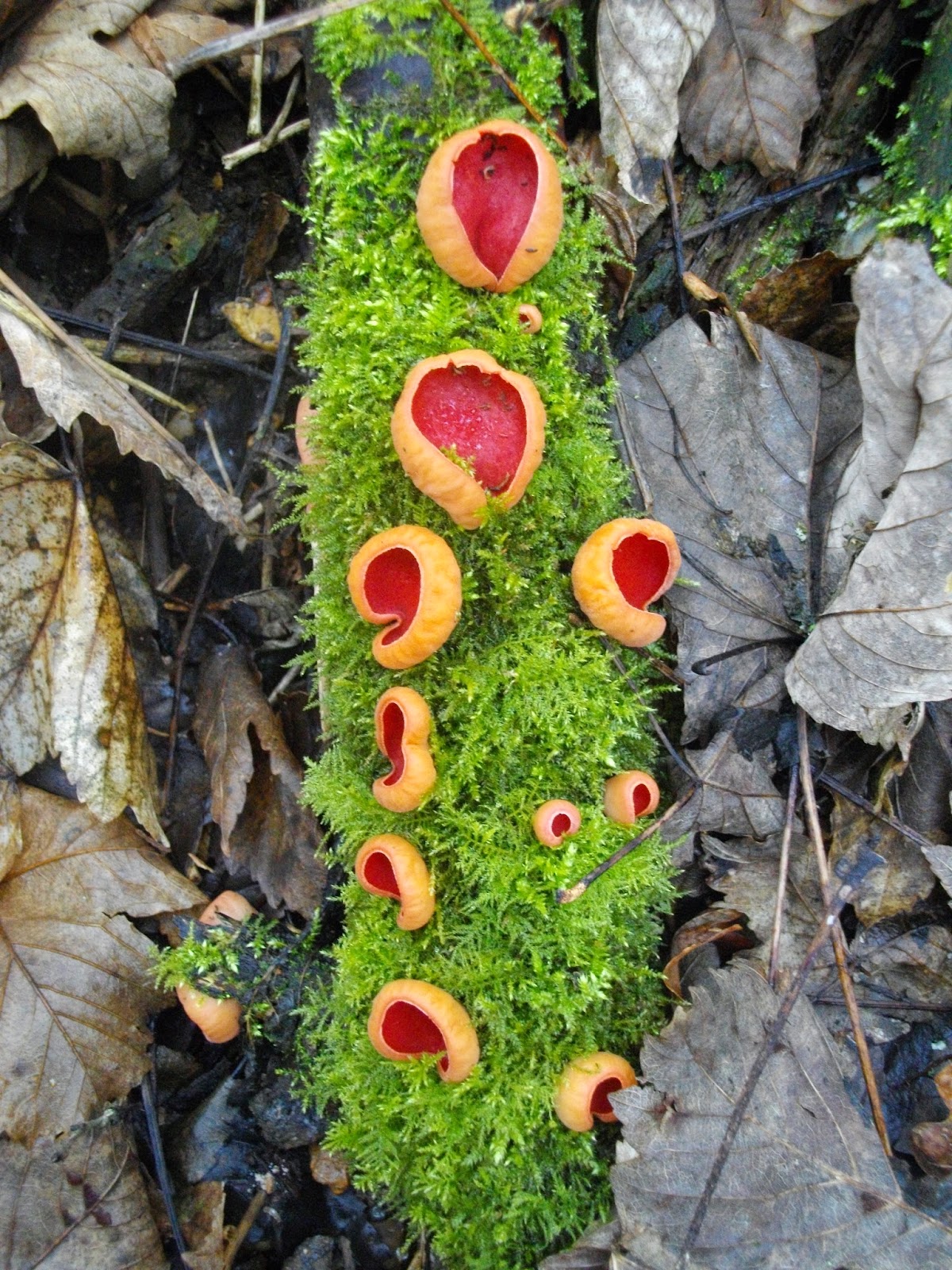 Back at the broad I looked across the river hoping that the Mediterranean Gull at Thorpe Green would fly up, but it didn't. The mature Bramble scrub has been severely cut back here, which is a great shame as it was an excellent habitat for warblers and held Nightingales a few years ago. I understand the need to cut down some of the scrub, but the amount removed along the riverbank seems too much to me and it will be interesting to see if the number of Whitethroats etc suffers as a result. I know another birder has complained to the Broads Authority about the removal of this scrub. Certainly in future I will make sure I specifically highlight areas that hold scarce birds in the hope that they can be preserved in the next round of clearance.
Posted by James Emerson