I had to go shopping in the morning, so decided to make the most of my time and pop into Thorpe on the way home. I had hoped to see the drake Pintail that Ricky saw yesterday, but didn't. It has been spending a lot of time in the reedy edges, and typically was seen again later in the day. There was more than ample recompense however with the redhead Smew that has been in the area for the past few days. Three Wigeon and a scattering of Teal, Shoveler and Little Grebes also joined the common wildfowl. I checked out the flood for waders, but instead found a Chinese Water Deer. 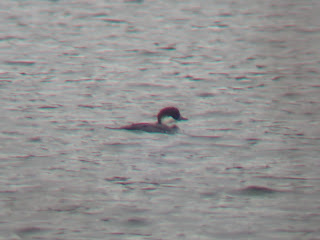 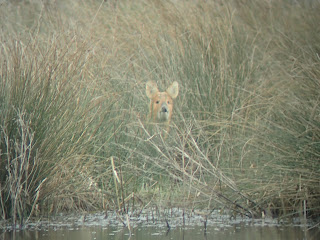 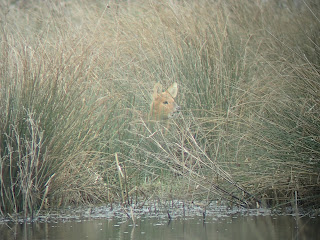 Before heading home I had a look at Thorpe St Andrews river green. The only colour-ringed Black-headed Gull around was regular Norwegian bird J0AJ, but the drake Mandarin found by Gary last week was still around and showing very well. 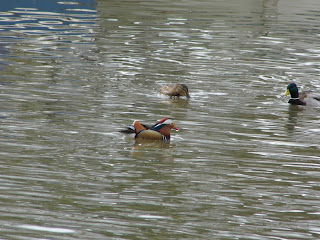 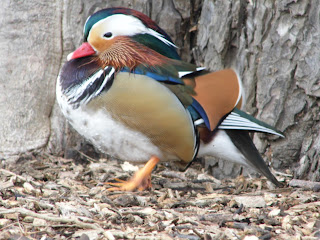