A few hours free on Sunday afternoon saw me head to Whitlingham. I had a look over the Great Broad in case there were any storm-driven seabirds, but it was much the same as it had been at the WeBS count, with a few more Tufted Ducks and Coot. I then turned my attention to the wooded areas, where I racked up about 20 moth leaf mines, including several patch firsts. 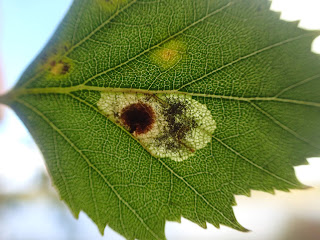 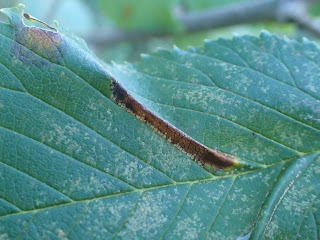 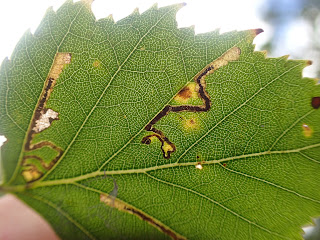 There wasn't an awful lot of fungi around, but I found some Wrinkled Peach fungus in an area where I had seen them previously, and Parasola auricoma was a new Whitlingham one for me. I also saw a nice looking slime mould on some fallen Lime tree fruits, which was identified online as Diachea leucopodia. 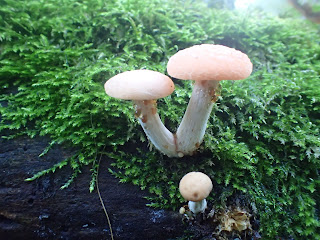 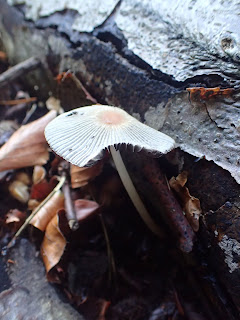 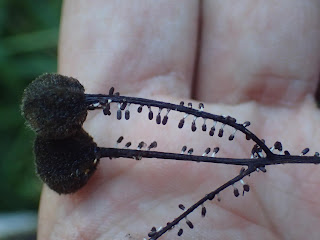 Of the non-lepidopteran mines there were several beetles - Rhampus oxycanthae on Hawthorn, Rhampus pulicarius on Sallow and a Sphaeroderma sp on thistle. Saving the best until last, a mine of Phytomyza fallaciosa in Creeping Buttercup was a new record for Norfolk. 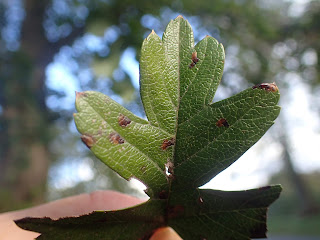 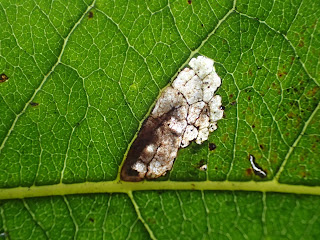 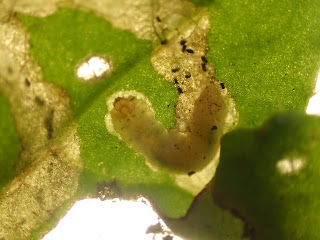 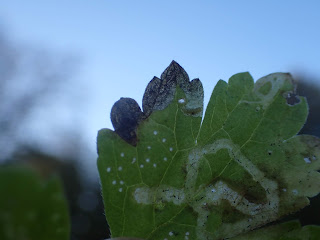