Sunday was the second of my two fungi walks at Strumpshaw, and I arrived a bit early to search for a leaf-mining moth in fallen Aspen leaves. The species is Ectoedemia argyropeza, and the mines are inconspicuous except for a relatively small window when the leaves have turned dark and fallen, leaving a 'green island' caused by chemicals secreted by the larva that prevent the tree reabsorbing the chlorophyll in the leaf. I managed to find one mine, which was enough to add the species to the reserve list. 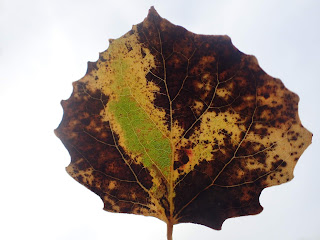 After a short delay for some of the walk participants to arrive we set off into the woods. Whilst waiting I had noticed some Slender Clubs growing below the trees at reception, and a bit further along the path we saw a Blue Roundhead. Into a clearing a bit further along and there was a nice display of Wolf's Milk Slime Mould, followed by some Upright Coral. 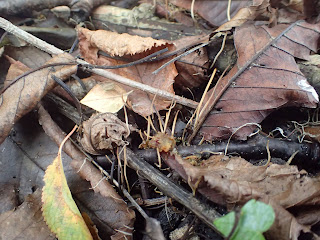 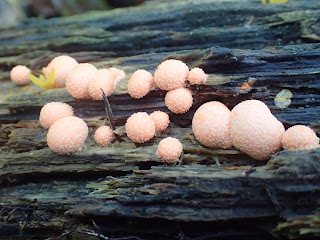 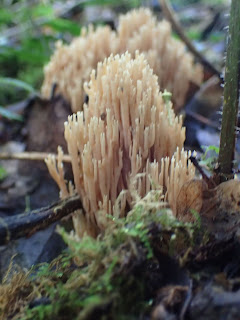 Further round we continued to see a good range of species, including some not seen on the October walk. These included Artist's Bracket (identified by the galls of the fly Agathomyia wankowiczii that only occur on this species), Spring Hazelcup (as the name suggests unusual at this time of year) and Common Eyelash fungus. 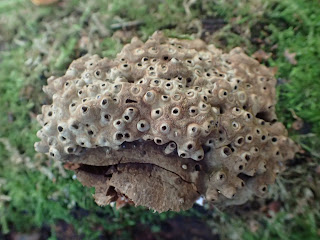 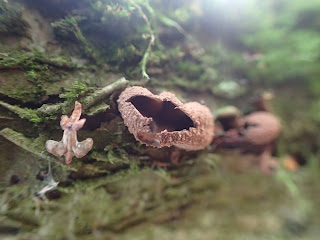 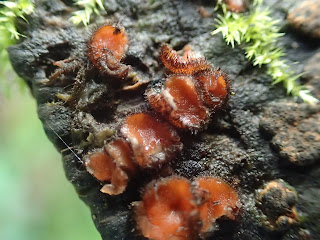